The Anniversary of Black Hole Ajnala

The Indian writings are too scanty and scattered over the 165 yawning years since the Ajnala tragedy. No concerted efforts have been made to enlighten the masses regarding this horrific incident 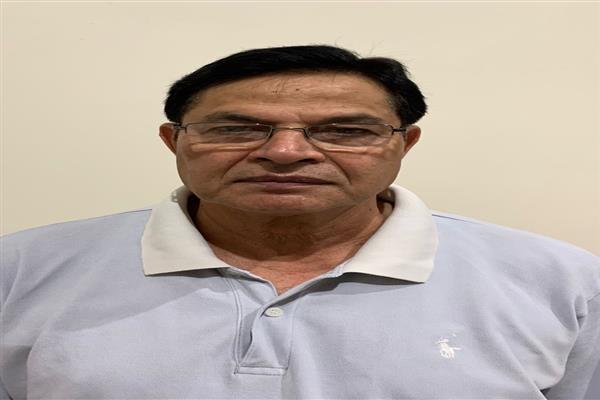 Each down ushers hope. But, not so it was on 1st August, 1857 for the 26th Native Infantry’s 282 Indian soldiers of all ranks who deserted their regiment in Meean Meer Lahore. The rumblings of resentment started knowing the several cantonments for the reasons caused by the episode of greased cartridges laced with beef and pig fat.  Beguile sounded by sepoy Mangal Pandey in Meerut in May 1897, ricocheted throughout India, including Lahore where one Parkash Singh alias Parkash Pandey gave a clarion call to his carder fellows to kill the Feringees. Commanding Officer Major Spancer and one sergeant-major were assassinated on 30th July. The whole regiment deserted the lines and their lead was camouflaged by a dark and dusty gust. They headed towards Kashmere along the banks of Ravi, in anticipation of joining Hindustani regiments.

Getting whiff of their movement, the Amritsar Deputy Commissioner Frederick Cooper laid trap at Shahpur village. On mid-day of 31st July the tehsildar assisted by brawny villagers confronted the deserters with force and assaulted them. Estimated 150 perished on the spot which was strewn with mutilated bodies depicting the gruesome ensued fist fight bravely put-up by peckish soldiers despite their arduous forty mile trudge. The rest of the mutineers swam back but on hearing a chance order “not to fire” enticed the surrender, hoping that they would be put to fair trial. The capture soldiers, at a creeping pace, were escorted back to the police station Ajnala, made to walk another 6 miles distance in knee-deep water, under police guard, before stashed into a make-shift jail in the round tower of Tehsil at mid-night hour.

The curse of full-moon befell on the mutineers. Unbearable humidity and starvation sagged their hopes when they witnessed 45 of them dying for want of water, food and fresh air. Fatigued to the hilt and lodged in cramped jail after despicably robbed of their decorations, the hungry sepoys remained without food or dry cloths. Experiencing humiliation and ordeal throughout night, the mutineers could imagine, the lull foreboded the coming storm, the dawn of following morning.

Cooper, the sole actor maneuvering the proceedings on 1st August, the British Christian un-embarrassingly arranged for 50 levies for a firing squad to perform a ceremonial sacrifice in the presence of a lone duty bound, hapless and dumb Anglo-Saxon magistrate at police station. The deflated pinioned sepoys, brought in the group of ten each, staggered to the site of execution and faced stoically the firing squad ready for sullen volley of bullets. In all, after counting 237 heads the another 45 of them were informed floored dead. Cooper called it, “Black Hole re-enacted” in his transactions titled Crises in Punjab (published in 1858), the year following the Ajnala event. The dead bodies were dumped in a dry well near the police station which is labeled as Kalianwala Khoo.

An analogy drawn from Black Hole of Calcutta is as amusing as constricted. Black Hole of Calcutta laid to death of 123 Britishers, thronged into a tiny punishment cell (measuring 14’ x 18’) of Fort William, with only one small window, little air and less water, known as the Black Hole. It is believed that of one women and 145 Company men were shoved inside of whom 123 died of suffocation and heat exhaustion and that 23 survived who were let of by the Nawab. Holding Nawab Siraj U-Daula responsible for the tragedy, the East India Company took the revenge by killing Nawab and so reads the inscription on one side of the octagonal designed obelisk raised for 123 Britishers, “This Horrid Act of violence was as Amply as deservedly revenged on Surajud Dowla, by His Majesty’s Arms, under the conduct of Vice Admiral Watson and Col. Clive Anno 1757”. Contrarily, Cooper’s act has been condemned as the wholesale murder which was unnecessary, inhuman and unjustifiable. While debating in House of Commons in 1859, the action of perpetrator of Ajnala was denounced by a member who uttered, “He could not believe that any man in that House would defend this horrible massacre”.  By no stretch of imagination the Black Hole of Calcutta can be equated with the Black Hole of Ajnala, the former is a tragedy of which Nawab Daula was oblivious whereas the latter is a premeditated and brutal crime.

No surprising, even after 266 years later it was still being taught in British Schools about the appalling Black Hole of Calcutta as demonstrative of the essential barbarity of Indians and illustrative of why British rule was supposedly both necessary and justified. The Indian writings are too scanty and scattered over the 165 yawning years since the Ajnala tragedy. No concerted efforts have been made to enlighten the masses regarding this horrific incident. Notable is effort of Chief Minister Partap Singh Kairon paying rich tributes to the martyres of Kalianwala Khoo on his visit to Ajnala on 14th August in 1957 while attending a centennial commemoration. On 150th anniversary in 2007 cursory tributes were paid, officials admitting that nothing is known about these martyers.

Not known to most of the people in Amritsar district, Punjab or even India, the Kalyanwala Khoo got prominence all of a sudden and took the centre stage in leading newspapers and social media in the beginning of the year 2014. It is stated that in Feb 2014, some local amateurs, self claimed archeologists, joined by curiosity seekers took it upon themselves to un-earth the reported remains. They did not employ any scientific excavation techniques for their exhumation from the well sediments, and in the process, the brittle skeleton remains were severely damaged, fragmented and commingled.

The government formed a group from multi-prong institutions to establish the veracity of historical facts. A team of experts from Birbal Sahni Institute of Palaosciences (BSIP), Lucknow, the Centre for Cellular and Molecular Biology in Hyderabad, Panjab University, and Benaras Hindu University (BHU) arrived at the conclusion that the skeletons were of people from Uttar Pradesh (East), Bihar and West Bengal, and not Punjab. Employing the DNA and isotope analysis techniques, the research suggested that these 165 year old human skeletons belong to the residents of the Gangetic plains region. The way the skeletons were found lying, it can be infirred they were dumped from a height and were killed while their hands were tied. They were shot in the head with wooden bullet. The spirit of soldiers shall keep hovering over the region and their teeth must be gnashing in anguish till religious ceremony of last rites is performed and a befitting memorial is raised in the precinct to provide peace to their un-restive souls.

The lesson is, now write about the history of unsung warriors of India by highlighting the facts in their correct perspective. As regards the Black Hole of Ajnala, following steps are suggestive:-

·         Letting the soldiers of 26th NI buried anonymously is no more an option left with Indian Republic now. A Befitting cenotaph should be constructed.

·         Indian Army be assigned the task to commemorate the Anniversary every year on 1st August.

·         Inscribing names and ranks of martyrs on the raised memorial, after ascertaining, in the time bound manner, from records maintained by British Government.

·         To include the Black Hole of Ajnala high-lighting the barbarian face of British imperialism in curriculum relating to First War of Indian Independence.

(The Author IAS (Retd.), former State Information Commissioner Punjab. He can be reached on: parveensainiias@yahoo.in)