‘Almost all absurdity of conduct arises from the imitation of those whom we cannot resemble’….Samuel Johnson 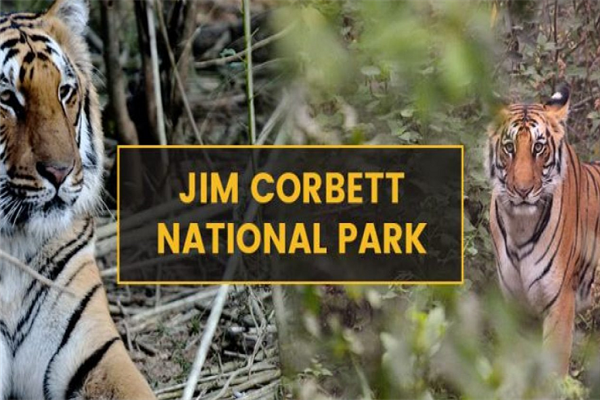 The Indian sub-continent, a unique entity in the comity of nations is never without an idle moment in its being. Be it regular conduct of elections ranging from the Lok sabha to the Rajya sabha to by elections or to the never ending cycle of festivals celebrated by the most diverse group of people living on this land of ours, India is always on the move. Adding grist to the mill are the occasional controversies which erupt owing to the loud mouthing of statements by prominent public figures which generally do not run as per the requirements of time and place so warranted. One such controversy which of late has caught the attention of the nation and intelligentsia is the effort by the government of the day to renaming of prominent places, of interest to their Indian names changing in the bargain their colonial names and their attendant legacies.  A few months back a huge controversy was generated by the union minister of state of forests & environment Shri Ashwini kumar Choubey when on a recent tour to Jim Corbett national park on 03 October 2021 he mentioned in the museum book that the name of the national park ought to be changed that to ‘Ram Ganga’ national park and accordingly be called as such.

Though a small statement which has been recorded in the museum book of Jim Corbett national park it has the potential of upturning all the good which this flag bearer of national conservation stands for. The protected area spread of Jim Corbett national park amounts to 520 square kilometers of hills, riverine belts, marshy depressions, and grass lands with the unique distinction of being the country’s first national park. Established first in the year 1935, it was initially called as ‘Hailey’s national park’ after the then Governor of ‘United provinces’ under the British regime. According to the national park’s website, it was briefly known as ‘Ram Ganga national park’ after independence between 1952 to1957.It was renamed again in honour of Edward James Corbett immediately in 1955 a year after the famous hunter tracker cum conservationist died in Nyeri ,Kenya of a heart attack.

In 1973 Jim Corbettnational Park was chosen as the launch pad for India’s ‘Tiger protection programme’. The latest count of tigers put forward by the officials of the park stand at a healthy 252  which goes to prove the untiring efforts put in by all and sundry to achieve such a fantastic result. The rechristening of ‘Ram Ganga national park’ after an English man’s  name in independent India was the brainchild of the first Chief minister of UP, Govind Ballabh Pant who wanted to honour his friend Jim Corbett for his indefatigable efforts towards conservation of biodiversity of this area , being a naturalist too in addition to a hunter tracker. Located in the foothills of Himalayas near Nainital, Jim Corbett national park houses in its deep recesses a humongous  variety of animals to include Tigers, Leopards, wild boars, bears, elephants ,crocodiles,  reptiles ,birds and several other species of wild animals.

‘Corbett tiger reserve’ which is spread  over 1288 square kilometers of area is annually visited by over 3 lakh tourists yielding a handsome income of about Rs 10 crores from this eco-tourism so very assiduously nurtured over the ages by nature aficionados. Interestingly ‘Ram Ganga’ is the name of a river that flows through the national park and is also a thriving habitat of the countless crocodiles as well as fishes of all hues and sizes. Ironically it is the utter disdain of our ministers and people in public places who shoot their mouths first and then think later on in leisure the devastating effect of their utterings on certain matters which are the exclusive domain of experts in that field. The minister in question, Shri Ashwini kumar Chaubey had the temerity of saying a few days later in Kevadiaunder ‘Narmada ‘district that he had asked his ministry to ask Uttrakhand government to send the proposal in this regard to the Union Government since as per his reckoning the locals of the area wanted the name of ‘Jim corbett’ changed that to ‘Ram Ganga national park’.

Nothing could be more preposterous than this statement of the minister in question since the locals of the area on the contrary do not have any reservations with the name of ‘Jim corbett’ as has been alluded to them that the ‘Desire of locals’ take precedence over all other matters . The minister went a step further and said that he is just not aware as to how the name of ‘Jim corbett’ came to be known for the said national park. It would be in the fitness of the things and public propriety that our ministers and people in the public life do a fact check before committing to the nation a fait acompli which may later on turn out to be a bogey. Had he done a little bit of background check of the famed hunter tracker cum naturalist, Mr.Choubey would have realized that it was the first Chief minister of ‘Uttar Pradesh  ‘Govind Ballabh Pant’ who as a mark of respect and honour for his longtime friend ‘Jim corbett’ moved the plan to name the conservation area as ‘Jim Corbett National Park’.

As an anticlimax, the Uttrakhand government clarified soon after that it has neither received any proposal nor was it changing the name of the said national park to the one as suggested by the honourable union minister of state for forests and environment.  The forest minister of Uttrakhand Haraksingh Rawat was bang on the subject when he said that ‘Jim Corbett national park’ cannot be appropriated by any region – Kumaon or Garhwalor Uttrakhand as such . ‘Jim Corbett was a legend and a national pride who inspired millions of people not only in India but across the globe. The people of Uttrakhand particularly  ‘Champawat’, ‘Lohaghat’ in kumaon and ‘Rudrprayag’ in Garhwal still swear by the name of this legendary figure who by eliminating the scourge of man eating tigers and leopards in their areas gave a new lease of life to them . One only has to read the world famous book –‘The man eaters of Kumaon’ by ‘Jim Corbett ‘ and realize how he has passed In to the annals of history of this area to be revered by the locals for their deliverance from virtual hell perpetrated by these man eating beasts for decades .

Having spent his childhood days in Nainital and Kaladhungi, the entire area has been reverberating even today with his good deeds towards nature conservation, poverty alleviation of the locals, and the like for decades. The ministry of forests and environment doesn’t realize that by renaming the national park we will be undoing the good deeds of this great naturalist cum hunter tracker who spent his entire life time in this part of India despite being a British national. The zeal to indigenize names, personalities, places and works etc should be tinged with a sense of pragmatism and realpolitik. Instead efforts of the ministry should have been to explore ways and means to stop ‘Animal –man ‘conflict zones, the illegal encroachments in the forest areas which are the feeder points for these animals, reduce rampant  poaching , smuggling of tiger and leopard hides for cosmetic and aphrodisiac  purposes steps to relocate the tribals whose lands have been usurped by the land mafia and are now forced to indulge in anti-forest activities  and so on.

The recent decision of the Uttrakhand government to keep the ‘Jim corbett’ national park along with ‘ Rajaji tiger reserve’ open around the year to boost eco-tourism should have been on the radar of the union forest and environment ministry. Is it a justified action to be undertaken? Previously these parks were shut  for 5 months of the year (June to November) to avoid any problems to the breeding seasons of the wild animals as also to keep a watchful eye on the flood control measures inside the park premises due to the various seasonal rivers / rivulets flowing inside these national parks and  breaching their embankments during the monsoon season. In fact I am personally  witness to a very dastardly act of setting fire to the forest trees surrounding the areas of road descending from Ranikhet onwards to Ramnagar (Jim corbett national park area) in the year 2019 while I was coming from Badrinath having taken the route Karanparyag- Gairsain- Dwarahat- Ranikhet- Ramnagar . Near ‘Jim Corbett national park it was a dense plume of smoke with wild animals all running helter-skelter trying to figure out the turmoil unleashed by  greedy human beings.

The above mentioned grey areas are some of the points which the government of the day should mull over rather than indulge in cosmetic measures to jack up its image and also its revenue. Moreover nowadays the media is full of such news items wherein forest poachers operate with impunity and get away too with equal measure obviously due to the unholy nexus of politicians, forest officials and the local administration. Have any measures been initiated to crack down and burst such nexus for the entire country to watch? The biggest example of politico- forest  administration- police nexus was exhibited in the form of emergence of  ’Veerapan’ the notorious sandalwood smuggler operating with such impunity that the police force of three states of Tamilnadu, Karnatka and Kerala were found at their wits end to clip his wings.The country is well aware of notorious Tiger hide smuggler, Sansarchand who had all the big wigs in his pocket to do his bidding. Examples are galore to keep the forest & environment ministry busy provided right sense dawns upon them.

In this entire controversy generated by the overzealous attitude of the union forest ministry the saving grace is that the Uttrakhand government has denied any change in the name of the national park in question putting thereby all speculations to rest doing rounds in the social media circles. In fact as Samuel Johnson has said… ‘Almost all absurdity of conduct arises from the imitation of those whom we cannot resemble’. We are trying to resemble Jim Corbett in his deeds but unfortunately can’t measure up to his standards which are relevant even today after passage of decades of his passing away. ‘Animals are born who they are, that is that. They live with greater peace than people do.

(The writer is a retired army officer and RK Columnist. He can be contacted on his email…slalotra4729@gmail.com)