Tawseef Thokar innovates a device that removes impurities from food 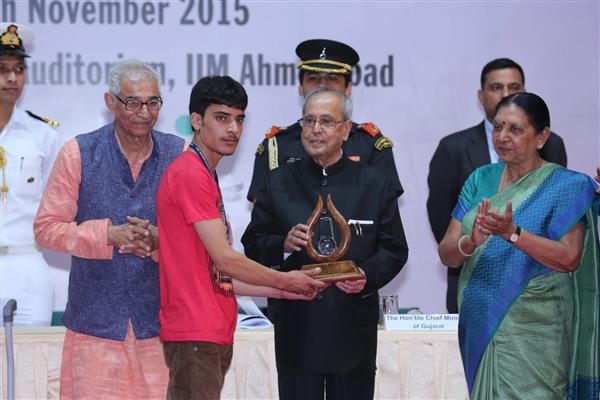 When Tawseef Thokar’s mother had to bear the taunts from family members about the presence of impurities in the cooked food, an idea struck in his mind - a thought of creating something which can remove 100 percent impurities from the food.

After much thought processing, he succeeded in making a device which could detect the presence of foreign particles in food products. While using ultrasonic transmitters and receivers, the device can detect metallic and non-metallic foreign particles.

Tawseef believed that conventional machines for processing and cleaning the food grains are not enough as one can find pebbles and other impurities even after the cleaning process. The most common method of cleaning the food grains is gravity. The method is not effective for the particles of smaller size. Most of the time, impure particles are added as adulterants and which in future can cause harm to the health of a consumer, he said.

The device that he made removes all the impure particles regardless of their size. “In cooked or uncooked food, metal particles, hair, pebbles, insects and other impurities can be detected and removed no matter what their size is and one can enjoy pure food,” Tawseef claims.

The device - rice cooker like vessel comprises a non-metallic bowl and vessel for the food. It uses different modes for detection of impure particles.

Talking about the usage of the device, he said that it can be used for cooking food in hotels, restaurants and also in households.

A metal detector which is based on either electromagnetic field or radio frequency or eddy current or capacitance and an ultrasound transmitter and a receiver are some components of the device.

The device also comprises an interpreter which will interpret the observations of different sensors and alert the user accordingly.

The battery is then connected via connecting means to the switch mounted on the outer surface of the sensing probe.

The sensing probe on detecting a foreign particle or impurity in the food which is placed in the bowl and is heated, will sense and indicate the LED indicator. The LED indicator will turn red on detecting an impure particle and will remain green only on non-detection of any impurity. Then the impurity will be washed off immediately.

The device being automatic replaces checking of food grains manually which is also not effective and produces a lot of strain on eyes and neck.

Tawseef said that the device has huge utility. “It is also useful to students and workers who stay away from home and have to do cooking on their own and also don’t get time to check the food manually,” he said.

Belonging to a humble family, he believes that one has to pay more for buying the good quality of food and the weaker section of society has to manage with the substandard food material.

“Poor people, who cannot afford to pay more money for food, often get to eat the food with impurities and adulterants which only threatens their health. This device is a solution to all food related problems,” he added.

Hailing from Baghbal village of kulgam district, his father works as a farmer and his mother is a homemaker.

He believes that there is no weakness that can stop the person from doing what he wants to do. Among his friends, he is known for thinking out of box ideas.

He said, “There are many ideas that come in my mind but I should get satisfaction that my innovations should work for the weaker section of society and they should be benefitted.”

Reminiscing the old times when due to the accident he got bed ridden for almost 4 years and had to face 15 surgeries in his leg, he said, “Earlier I used to think that it’s my weakness but now I have realized that the weaknesses and difficulties makes you strong and takes you to the right path.”

Tawseef has been scouted by NIF (National Innovation Foundation) Cell, J&K, Institute of Technology, University of Kashmir in 2015. He was later awarded with Dr. A.P.J. Abdul Kalam IGNITE Award by the then President of India, Pranab Mukherjee at the function organized by National Innovation Foundation, an autonomous body of Department of Science and Technology, Government of India at Rashtrapati Bhavan, New Delhi.