Syed Amin Tabish:Medical scientist by day and poet by night 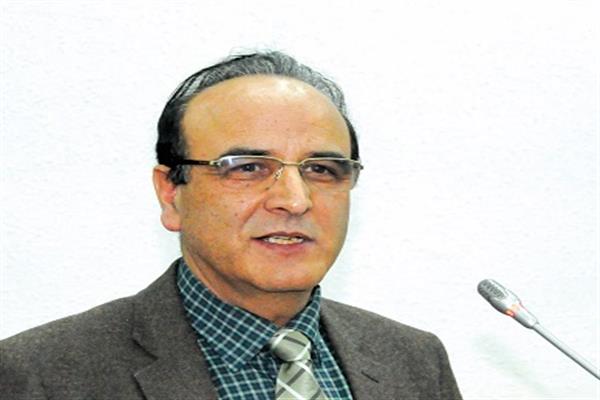 There are many inspiring stories of Kashmiri doctors who have excelled not only in the valley but have also contributed to global health care and research which is noteworthy.

Among them is Dr. Syed Amin Tabish - a medical scientist by day and a poet by night, who was born and brought up in a beautiful hamlet in Tilgam (Pattan) in North Kashmir’s Baramulla district, in a well-educated family.

He received his early education in his native village. Later, he moved to Government Degree College Sopore where Tabish passed his 12th examination.

Because of good merit he got admission in MBBS in Government Medical College Srinagar which he completed in 1982. The competitive examination for MBBS in J&K was introduced from his batch.

After completing MBBS, he passed the examination of medical officer in health services through JKPSC and was first posted in Chadoora block of Budgam district.

In 1985, he joined SKIMS Srinagar as House Surgeon. In the meantime, he applied for post-graduation at AIIMS New Delhi in 1989. There he completed Post Graduation in hospital administration in 1991 which was the turning point of his life.

“I again joined SKIMS after returning from AIIMS. But AIIMS was the turning point of my life. There I had an opportunity to work with great doctors and scientists for nearly three years,” he said.

Tabish studied research there as it was then a neglected area in health and medical education. Notably, he published a dozen research papers at AIIMS during his PG course.

“At AIIMS I worked as editor of a well-known journal which is known as Journal of Academy of Hospital Administration (JAHA). I also got an opportunity to organize an international conference at AIIMS which was first of its kind in India that was widely appreciated and for which I got a standing ovation from presidium, faculty and delegates,” Tabish said.

After returning from the UK to SKIMS, the Ministry of Higher Education Government of Saudi Arabia approached him for setting up two medical colleges and 850 bedded hospitals, one college of allied sciences and one college of nursing at Qassim University. Initially, he was reluctant to go there but they were desperate to take him there. He worked there from 2005 to 2007.

“I accepted their offer as professor of medical education-cum advisor. Since Saudis don’t give administration positions to non-Saudis, they had to change the rules to accommodate me. I was the first professor from Asia in the kingdom of Saudi Arabia,” he said.

He further said that he was on the top most decision making bodies of that university.

“I tried to bring that university on the global map and I succeeded in doing that. Qassim University has been the first university where we introduced modern methods of medical education including problem-based learning for medical students that was unique,” he said.

He further said that within six or seven years, the rest of the universities and institutions emulated this model of Qassim University in the whole Gulf.

In Saudi Arabia, Tabish was also given a responsibility to give a conceptual plan for establishing the first university in the private sector known as Al-Rajhi University.

The conceptual plan for Al-Rajhi University including the medical colleges and associated hospitals has been given by him and that university is a reality at the moment.

He also started a world-class medical journal, International Journal of Health Sciences (IJHS) and was the founding chief editor. Tabish got it indexed within two years, which is a great achievement in medical literature.

“There are a lot of journals that are in the market or exist for more than 50 years and haven’t been indexed. We maintained the standard of the journal,” he said.

At Qassim University, he introduced the concept of research in undergraduate students.

“We taught research to UG students for the first time which is not the practice elsewhere in the developing countries. This was a new experiment in medical education. The two years were very good,” Tabish said.

At SKIMS Srinagar, he was heading the department of Accident and Emergency for nearly 13 years. In 2011, he took over as chairman of the department as he was simultaneously holding the position of Medical Superintendent. He was also Head, Department of Postgraduate Department of Hospital Administration.

In 2006, he got FACP from the American College of Physicians of Philadelphia - a top most professional body in the USA.

Tabish also has the distinction of being the second person in Jammu and Kashmir to get a fellowship of National Academy of Medical Sciences in 2002.

In 2003, he was awarded the Sri Ram Memorial Award for outstanding contribution to health care, medical education and research.

He was very much involved in conducting and supervising research. He has so far published 444 research papers which is a record not only in Asia but globally.

Tabish’s research contribution is considered more than 95 percent of the total researchers on the research gate website and there his score is more than 95.

He said so far nearly 7 lakh researchers and medical scientists have consulted his published research which is very encouraging for him.

He also served as editor of more than a dozen international medical journals and earned 60 awards for his outstanding contribution to healthcare, higher education and scientific.

His chapters are in the curriculum of 7th, 9th & 10th classes of Board of School Education.

Tabish has received scores of awards for his work over the years. To mention few, he has received:

?Bharat Excellence Award in the field of Medical care, presented by Ex Governor of SIKKIM in 2016.

?Award of Excellence in Educational Leadership (USA) in 2014.

?Best Personalities of India Award by Friendship Forum of India: 2015.