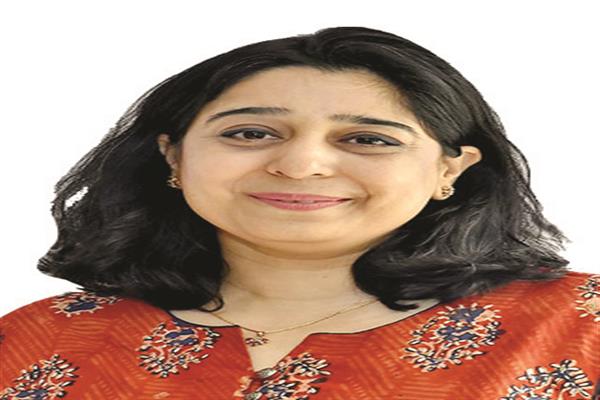 Mental health in the present situation is considered to be a trending topic. Mental health is basically a cluster of emotional, psychological, and social well-being. It influences our thought process, feelings, and actions. It also decides how we handle pressure, connect with others, and pursue sound decisions. Emotional wellness is significant at each phase of life, from youth and pre-adulthood, i.e., adolescence through adulthood.

Although the terms "mental health" and "mental illness" are frequently used interchangeably, they have significant differences and are not considered synonymous. While emotional wellness alludes to anybody's condition of mental health, close to home, psychological maladjustments are analysed circumstances that influence contemplations and ways of behaving. However, anybody can have flashes of poor emotional wellness. Not every person has dysfunctional behaviour. Then again, somebody with a psychological sickness can accomplish sound emotional well-being.

There is even a tremendous accessibility of psychological wellness medicines that are viable, yet most individuals encountering issues connected with emotional well-being don't look for help. 28% of the grown-up populace of the United States have a diagnosable state of mind and just 8% seek treatment.

These measurements assist in demonstrating that shame is one of the primary explanations behind people's not being able to look for help. The singular feelings of dread are being vilified. They dread being dismissed by their friends and family and by the overall population. They would rather not be depreciated. The way that people with dysfunctional behaviours are classified as "the deranged" in the media simply aggravates the shame. This causes the individual to feel characterised exclusively by their incapacity, which is cold-hearted. The individual starts to feel, to a lesser degree, like a person. In the media, they are seen as being perilous and rough, which results in savagery towards the person.

There is a shame in our nation with regards to psychological wellness and its treatment. These shames are split between friendly disgrace and shame or self-disgrace. Social shame is when society places gloomy sentiments towards a specific gathering, which can prompt segregation. Shame or self-disgrace are the insane person's assimilated sensations about how society perceives them.Through feelings of disgrace, wretchedness, sadness, and uneasiness, the two types of disgrace can induce pessimistic feelings in the deranged person.Currentemotional wellness strategies are constrained by government regulations and may only address a portion of public separation.

Self-shame alludes to the degree of self-simultaneousness with negative generalisations of psychological sickness and to the degree to which these self-disparaging contemplations arise routinely in regular daily existence. Self-shame can happen in an oblivious, wild, unexpected, or productive way. An oblivious state is the point at which an individual is having self-deriding contemplations without staying alert. A productive way is when a single purpose negligible consideration regarding has self-defeating thoughts.Inadvertently, this is the point at which the individual has no reason to have self-defeating thoughts but does.Ultimately, a wild way is the point at which the individual struggles with attempting to dispose of themselves without defaming considerations. On the off chance that an individual can't adapt well to their self-disgrace, then it prompts much more continuous self-disparaging contemplations. This can prompt oneself-trashing considerations to turn into a psychological propensity. This implies that one's self-trashing contemplations become duller and more programmed. Not only can self-deprecating thoughts become a psychological proclivity, but they can also result in mark evasion.Mark evasion has to do with the reluctance to encounter these disparaging considerations and intentionally attempting to stay away from them. Notwithstanding, mark evasion can really aggravate the shame. Mark's aversion can really build the recurrence of the contemplations.

The greatest impediment in the objective to kill psychological well-being is that many individuals don't know what psychological problems are and how generally they happen. Many individuals partner individuals with dysfunctional behaviour (additionally called mental issues) as "insane" or "crazy". Nonetheless, these issues can be just about as basic as consideration and hyperactivity issues (ADHD), stress problems, and melancholy.

There are obviously more difficult issues like bipolar problems and schizophrenia, yet even those can be taken care of with appropriate techniques for medicine and remedial help. These issues can likewise fluctuate in power. Specialists will frequently utilise words like "limit" or "soft" to distinguish the impact of the problem on the individual. Likewise, generally, individuals' encounters with these issues fluctuate.

A genuinely fit and stable individual generally feels dynamic and genuinely invigorated and can undoubtedly deal with genuinely tough spots. To be areas of strength for genuinely, they must be in great shape as well. Although emotional wellness is a private matter, what influences one individual could conceivably influence another. Nevertheless, a few key components lead to psychological well-being issues.

Numerous close-to-home variables essentially affect our wellness level, like wretchedness, animosity, negative reasoning, disappointment, dread, and so forth. And in great shape individual is constantly feeling great and can unquestionably adapt to situations of pain and discouragement, resulting in regular preparation and adding to a decent actual wellness standard.

Mental wellness infers a condition of mental prosperity. It signifies having a good feeling about how we feel, think, and act, which works on one's capacity to appreciate life. It adds to one's inward capacity to still be up in the air. It is a proactive, positive term and spurns negative contemplations that might ring a bell. The term mental wellness is progressively being utilised by clinicians, psychological well-being experts, schools, associations, and everyone to signify consistent reasoning, clear cognizance, and thinking skills.