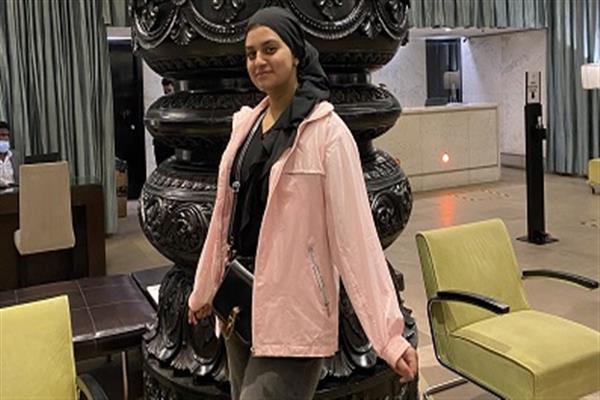 Srinagar, July 04: A 20-year-old V-logger,Syeda Hubza from HMT Srinagar has gained much popularity in the valley for her daily lifestyle vlogging.

Speaking to Rising Kashmir, Hubza said that she started vlogging in December last year and has gained a good response from all age groups.

She said, at first, she was making videos randomly and there was no reaction from the public. “After some time, people started watching my videos and also started following me on social media sites,” she said.

The young female blogger is perusing her bachelor of LLB from Bangalore and aspires to crack the Judiciary exam to be a Judge.

Before getting a huge number of followers on Instagram and Youtube, she was making very few videos. After gaining followers, the demand for videos was high. “Now I am making videos regularly."

Currently, the young girl has around 12 thousand followers on Instagram and 26.4 thousand subscribers on YouTube. I am not spending much time on video making. Instead, I am doing videos on lifestyles that don’t take much time.

On being asked how her family is supporting her,she stated that her mother is very supportive, and her father passed away some years ago.

She continued that when her father passed away, she went into depression and doctors advised her mother to keep her busy with some activities and then I started spending time video making.

“My studies are the top priorities; I make videos twice a week because vlogging is not my profession. I want to crack the prestigious Judiciary exam.”

“Those who are creating the content must deliver the message to society. The vlogger is being followed by several people. I am urging the vloggers to make videos on social issues as well.”