Spinal TB is curable, timely diagnosis and awareness must to enhance quality of life 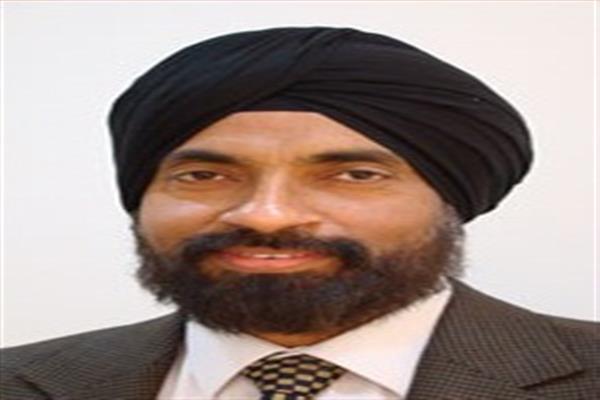 It is a common notion that tuberculosis affects the pulmonary system (lungs), but very few people are aware that the life-threatening ailment is also known to affect other parts of the body than the lungs alone. As per the recent medical statistics, around 12-15% of the total TB patients in India suffer from some form of extrapulmonary TB, that particularly affect their bones and spinal cord.

The cases of tuberculosis of the spinal cord are constantly on rise which can be attributed to ignorance about the dreaded spread of the bacterium to the bones also. Also known as disseminated tuberculosis, this ailment usually affects the end of long bones and the vertebrae are the most common sites. Irrespective of the strata, age and gender, the risk of spread of bone TB is equal.

Having a tendency to affect any bone in the body, the most common sites include the spine and weight bearing joints like hands, wrists, knee and elbows. Depending on the exact location, the pain may vary from on and off to excruciating to severe. In fact, if we talk about numbers, India is home to about one lakh people who suffer from osteoarticular tuberculosis which leads to limb shortening in growing children and full body paralysis in a few cases.

Spinal TB also known as Pott’s disease, usually affects the thoracic part of the spine and can often be mistaken for Arthritis, when trying to diagnose in its early stages. Since the patients with TB in their bones might or might not exhibit generalized signs of pulmonary tuberculosis such as fever, fatigue, night sweats and unexplained weight loss, it becomes less suspicious. Although about half of all patients with bone TB also have infected lungs, the disease usually is not active there which also means that most patients with bone TB do not suffer from coughing. At times it may take years to start showing its initial symptoms.

When a person is affected by tuberculosis of the joints, it progressively destroys the joints at the hips or knees. Doctors refer to the condition as "mono-arthritis" because only one joint is affected. The affected joint swells and becomes painful. With the result there is stiffness in movement and range of motion becomes limited. In severe and chronic cases, abscesses develop in the affected joints.

Patients with Spinal TB undergo constant and unbearable back pain as the bacteria degrades the joints causing stiffness, which is similar to the arthritic pain. But as a major differentiating factor, most patients of arthritis experience relief at night when lying down, whereas for those suffering from bone TB, lying flat increases discomfort due to increased bacterial activity.

Thus, a patient must be aware of the nature of pain caused in case of spinal TB to be distinguishing it from Arthritic pain. Diagnosis of the disease is done by X-ray and lab tests on fluid aspirated from the affected joint area. While in case of spine and skeletal TB, diagnosis is to be done with the help of CT Scans and MRI reports.

Delaying in the getting the right treatment option can lead to the spread of the spinal TB from one vertebra to the other thereby gradually weakening the bones and destroying the cushioning discs between them. In severe cases, the spine can collapse and compress the spinal cord, causing paralysis of the lower body. And if spinal TB progresses to destruction of the vertebrae and discs, the bones of the spine jut forward and form a hump. Spinal TB is severe because if not detected and treated in time, the disease can cause severe paralysis which may take years to get cured.

Since the Spinal TB has the tendency to affect the bone marrow, it is important to undergo timely treatment and follow the complete course. Depending on the severity and location of the TB, the treatment duration may vary. But unlike the treatment for pulmonary TB, treatment for spinal TB may last for atleast one year.

In severe cases of spinal TB leading to paralysis, the treatment and recovery period solely depends on the severity of paralysis. The TB patients are "strictly" advised to complete the medication course and never to leave it in between, without consulting their doctor. It's important for patients to understand that TB is curable if it is timely detected and treated well. In case of Bone TB, bed rest, good diet, medicines and physiotherapy can help you get back to normal life.

Always remember, while TB usually affects the lungs, it can also infect other parts of the body including the spine, brain and kidney. If proper medical attention is not received, TB can be fatal