Kashmiri Pandits are the bulwark against Pakistan and the radicalization of Kashmir, but hybrid terrorists are hellbent to squeeze space for any reconciliation 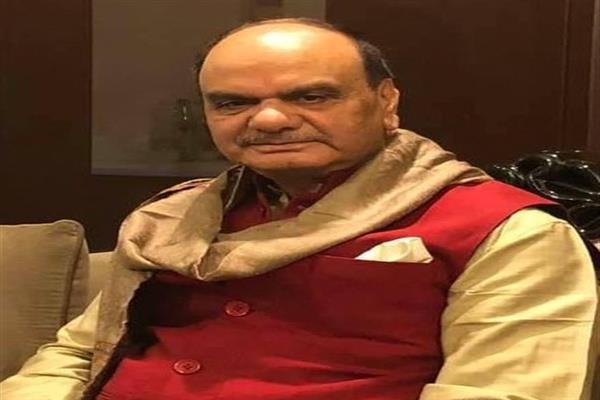 The night of January 1990, still brings shivers down my spine, when I along with my family was forced to leave my home in Srinagar and the thriving legal practice and move to the urban wilderness in New Delhi. It is not so easy for a displaced person, to make a mark, but thanks to the resilience of Kashmiri Pandits as a community and through sheer intellect and hard work, we did manage to live with honour and dignity even in exile and away from our roots. But roots are always haunting. So the resolution of the whole community is “We Shall Return with dignity to our Homeland”

The recent spate of targeted killings of Innocent civilians and the  killing of an off-duty Sub-Inspector of JK Police in Pulwama, who was the seventh of such off-duty police official kidnapped and brutally Killed by new-age hybrid terrorists. These targeted killings of innocent civilians including outsiders and minorities unlike past evoked large condemnation and protestations by the Kashmiri Muslims. Kashmiris hit the streets in large numbers to protest against the killings. The political leadership across the spectrum, the civil society leaders and the spiritual and religious scholars and leaders strongly condemned the killings. There was a strong appeal to minorities, especially to members of the Kashmiri Pandit community who are living and working in the Valley not to be frightened to leave Kashmir. That regional political leadership collectively even called on the LG Manoj Sinha and urged him to resolve the issues of insecurity & other service matters of the KP employees and assured full support to the minorities. This manifests that the Soul of Kashmiri ethos and plural societal values of “Kashmir are alive”.

Killing one and scaring a thousand was once again the Modus operandi used by militants to force again the exile of minorities but Kashmiris unitedly failed their designs. Kashmiris are sick of death and destruction unleashed by radicals. They wish to live in peace and pick up peaceful life and ensure no more Kashmiris are killed by their kiths and fellow natives. Kashmir calls for peace and sustainable inclusive development for the betterment of future generations.

There is a dire need for an honest Intra-Communities dialogue to once again build mutual trust, amity and brotherhood between all the sections to reinforce and consolidate the idea of Insaniyat and our proud heritage that has been imperiled over the past three decades. Some of the credible NGOs, civil society leaders and the Kashmiri leadership are taking honest initiatives for building mutual trust, confidence and amity between the minority communities and the majority. Such initiatives are in the interests of peaceful coexistence and deserve all-out support.

The robust security eco-system currently prevalent, the influx of tourism, the coexistence of various communities on the ground and people's participation in grassroots democratic institutions have frustrated the Pakistani terror masters. The Kashmiri communities together unitedly are determined to fail and defeat Pakistan’s nefarious agenda in Kashmir. They say we shall endeavour to revive the lost glory and heritage of Kashmir. It is our heaven on earth we shall unitedly fight to save our homeland to become hell. Kashmir is the keystone of our collective conscience and heritage.

Most of the patriotic Muslims and Pandits of the Kashmir Valley were forced to flee the Kashmir valley as a result of being targeted by JKLF and insurgents in late 1989 and early 1990. Of the approximately 300,000 to 600,000 Hindus living in the Kashmir Valley in 1990, only 6000-10000 remain there today. Most pandit youths live in the Valley as PM package migrant employees. Unfortunately, these employees have been targeted for killing recently by the new age hybrid terrorists.

According to the government, more than a lakh families are registered as Kashmiri migrants including some Muslims and Sikh families. Most families are resettled in Jammu, National Capital Region surrounding Delhi, other states and overseas. Three decades later, when the community was slowly and steadily coming to terms and many in the new generation had started unearthing and rediscovering their roots in Kashmir Valley, the targeted killings have sent shock waves.

Since 2010, societal relations between Kashmiri Pandits and Kashmiri Muslims had started rebuilding. Since 2010, almost 4500 employees were appointed and deployed in Kashmir of whom around 1,100 live in transit accommodations and the rest in rented spaces. Some of them had started investing in the reconstruction of their homes on the lands they own.

The government side tells us that major terror groups, with their masterminds sitting across the border, are worried over the sea change that has come in the situation in the Valley. More than 9.9 lakh tourists visited the Valley till May 31 and this has been the cause of worry for Pakistani handlers sitting across the border. This is the main reason why unknown ‘hybrid’ terrorists are being used to kill soft targets like Kashmiri Pandits and outsiders in the Valley. Despite demands, the Centre has decided not to allow the mass transfer of all Kashmiri Pandits from the Valley to the Jammu division.

Contrary to the claims of the authorities, the ground situation in Kashmir is very grim. The infiltration has not come down nor is any relent visible in the targeted killings. The Pandits are sandwiched between the so-called national interests of two rival states, one of which claims to be the world's largest democracy. The abrogation of Article 370 in 2019 and the government’s iron-fisted policy has brought the number of militant attacks on the security forces (SF) down and the frequency of bands and stone-pelting did decrease, but it has not brought a significant difference concerning the attacks on the civilians.

In that sense, the situation on the ground in Kashmir is far from normal, contrary to what Prime Minister Narendra Modi's government says. Since January 2002, according to South Asia Terrorism Portal, 137 people have lost lives in 81 incidents of violence, which included 20 civilians and 18 security force personnel. As many as 99 terrorists/insurgents were also killed.

The above statistics should also be seen in the context of the fact that the Line of Control (LoC) with Pakistan is much quieter these days compared to what was the situation in the past. There has been just one instance of the violation of the ceasefire agreement over the last six months.

Director-General of Police Dilbag Singh says, there are now grave and dangerous challenges from Over Ground Workers (OGWs) and it is “very difficult to identify them.” And here, the Pakistani ISI may be playing a role in manipulating not only the minds of the Kashmiri youth but also exploiting overall “the religious fault lines” that exist overall within India.

The New York Times quoted Sandeep Raina, 38, an engineer, saying that when 1990 they migrated, he was eight years old. For two decades, he moved from place to place before finally returning home a decade ago to take up a job, build a home and start a family. “I have spent my whole life in migration. Who would like to be dislocated again and again?” he said as his eight-year-old son was watching the conversation. “Bank managers, teachers and other people are being killed. Kashmiri Pandits are fleeing. Those responsible for their security are busy promoting a film,” Rahul Gandhi tweeted. “The BJP has used Kashmir as a ladder for power. Mr Prime Minister, take immediate steps to restore peace in Kashmir.”

The good news is that Kashmiri Muslims came forward to raise their voice against ‘targeted killings. There was a protest at Lal Chowk, Srinagar against targeted killings. The Grand Mufti of Kashmir Valley also said, he condemns the killing of innocent persons. Mufti Nasir-ul-Islam said, Kashmiri Pandits or Dogra Hindus are an inviolable part of Kashmir and Kashmiriyat, and they should not be allowed to leave the Valley. “The Muslims of Kashmir are with their Pandit brothers”, he said.

The imam of Anantnag mosque said after Friday prayers that “killing of innocents cannot be termed as jihad”. “If some people think that a Musalman is doing jihad by attacking minorities, then I oppose such acts. Islam has not allowed such jihad where minorities are killed because of their religion”, the imam said. He appealed to all Kashmiri Muslims to come out and protest such killings.

It is extremely sad that on the government level, there is no effort to bridge the divide between the two communities. After the abrogation of Article 370 majority community is feeling insecure with the calls of changing the demographic profile of the Kashmir Valley. Such calls do more harm than any good and squeeze space for any reconciliation. Kashmir’s development, prosperity, and new leadership vision shall be realized only through our mutual brotherhood, compassion, collaboration, and trust.

If the safety and security of the Pandits are not ensured in Kashmir, gradually the terrorists will keep increasing their space. It is the Pandits – born of the soil and water of Kashmir – who are the bulwark against the radicalization of Kashmir.

The Pandits working in Kashmir as part of the PM Package must be given proper security. They must be given assurance by the government that their living conditions and security infrastructure shall be improved. The change we are observing this time is that Kashmir’s civil society is supporting the Pandits. They are vocal in their criticism of the terror ecosystem which killed Rahul Bhat and others.

If New Delhi wants a hold on Kashmir and promotes the true idea of India, then the Kashmiri Pandit has a big role. The government must create an environment where the Pandits shall feel secure. There is a need to plan comprehensive restitution, return, rehabilitation and economic-political empowerment module for the whole exiled community back in the Valley. Without their physical presence in the Valley in large numbers preferably in three smart cities of composite habitation in Srinagar, Baramulla and Anantnag districts headquarters the peace shall allude and the mainstreaming of the Kashmir Idea of India in Kashmir will remain a distant dream for Modi: 2:0

In the 2019 Parliament Election with the hope that the BJP may perhaps now settle the issue of displaced Kashmiri Pandits and rehabilitate them in the valley, 86 % of the votes polled by the migrants were polled in favour of the BJP and approx 50 % of BJP Votes in Valley came from Kashmiri Pandit community. With the hope, that the BJP government at the Center will engage with the community but they failed to engage with the community in building the joint road map so far. It is not too late, still the Union Government has all the plans submitted by KPs. Unknot the clots of concerned bureaucracy, engage with thought leaders of the community and other Kashmiri stakeholders, decide and exert the will of the nation to bring physically back in the Valley the whole of the exiled community. The whole of the nation awaits that Day.