Since its inception, BJP always laid emphasis on the organisation building: Ajay Singh 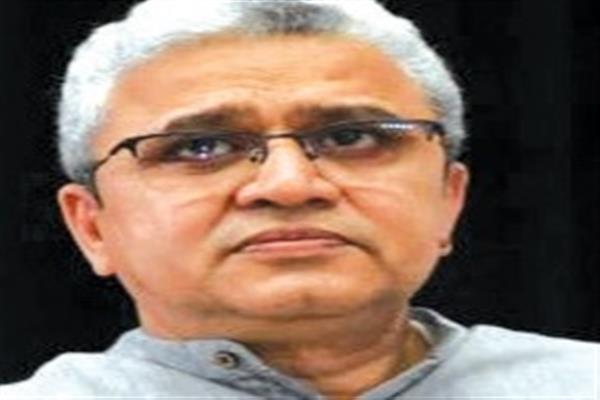 Ajay Singh is a senior journalist with thirty-five years of experience and has worked with top news organizations at various positions. Currently, he is the Press Secretary to the President of India.

Singh has been closely observing PM Modi and his politics from the last 27 years which is reflected in his book ‘The architect of the New BJP: How Narendra Modi transformed his party’. In an e-mail interview with Rising Kashmir’s Feature Writer Insha Latief Khan, Singh talks about his book and emergence of Modi as an iconic figure.

What inspired you to write the book?

I was quite impressed by the work of an American scholar, Myron Weiner, who wrote the book “the party building in a new nation” published by the university of Chicago in the sixties. The book dealt at length about the building up of the organisational structure of the Congress party. Myron’s book amply clarified that the party-building is not an organic exercise but a conscious effort to erect a structure of building a political organisation quite akin to building a bureaucracy or army. And this is an essential feature of democracy.

I have read many books on the Bharatiya Jana Sangh (BJS) and the BJP but this aspect was largely ignored except for Christophe Jafferlot’s book that focused on party-building of the BJP in Madhya Pradesh. With the BJP’s phenomenal expansion in Eastern and North Eastern regions and the party’s reach going across Vindhya (Southern states), I thought that it would be the right time to explore this aspect.

Modi’s emergence as the most popular leader in recent times and his personal interventions in expanding the organisation merited serious academic attention. I undertook this project as I was witness to many events that prove to be turning points for the BJP.

In your book, you have written the phrase “unmatched organization skills”, how the organizational skills of PM Modi led to the expansion of the party?

Right since its inception, the BJP or its precursor, the BJS, always laid emphasis on the organisation building. For instance, Deen Dayal Upadhyaya, the powerful ideologue of the BJS, always maintained that the organisation building was key to the electoral and political success. And there were plenty of great organisation-builders like Sunder Singh Bhandari in Rajasthan, Kusha Bhau Thackeray in Madhya Pradesh and LK Advani at the national level. But still the growth of the BJP was restrictive as the party lacked an appeal across the country.

Will it be right to say that Modi’s not only expanded the party but also turned the table in certain states where BJP was on the edge?

Modi introduced many innovative methods of party expansion which are unconventional yet they help the party grow phenomenally. Take for example, he roped in a rebel congress leader Hemanta Biswa Sarma in Assam and elevated him as a successful BJP chief minister in a state where the BJP was a marginal force a decade back.

In the party building process, how much partnerships between the members of the party matter?

The topic of the book is clearly about the conventional and the unconventional methods of party building by Narendra Modi. I have deliberately confined myself to Modi’s exceptional contribution in the growth of the BJP. In a cadre-based political party like the BJP, the partnership model is less individual centric and more focused on the strength of the organisation through collective effort.

The organization grew and gained mass support under the leadership of PM. Can we say an individual has more role to play than an organization?

There is no doubt that the individual matters in politics. But a robust organisation of a political party outlasts individuals and creates its own icon of the times. The BJP has acquired such critical mass support that it will continue to retain pole position in Indian politics for decades to come much like the Congress had done in post independent India for over six decades.

What’s your take on the future of India under the leadership of PM Modi?

Of course, Modi’s unequivocal commitment as the prime minister is to make India a bright spot internationally in every sense of the term. He has been relentlessly pursuing this goal.

The five chapters of the book are full of interesting anecdotes that explain the rationale behind actions. In fact, these anecdotes are used to substantially decipher Modi’s political actions and also explain the enigma that he presents. I am sure that you do not need more anecdotes once you start reading it.

What has been the response of the book in India and abroad?

It has been received well in India. In less than two months, the book has gone for reprint for the third time which is a huge success. I am told that it has become a national best seller.