Zoonosis is the disease transmitted from animals to humans caused by either virus, bacteria; Fungi or parasites 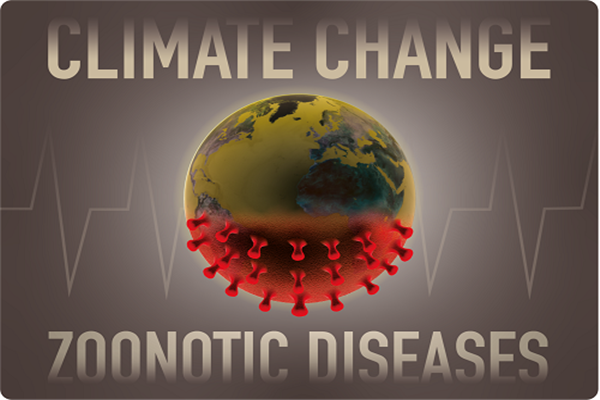 World zoonosis day is celebrated every year on July 6th to commemorate the work of French Biologist Louis Pasteur who first time used vaccine against Rabies in the year 1885. The aim of this day is to raise awareness and increase understanding of zoonotic and emerging diseases, their prevention and control. Zoonosis is the disease transmitted from animals to humans caused by either virus, bacteria; Fungi or parasites. There are over 200 known types of zoonotic diseases which may spread to humans through direct contact or through food, water or the environment. The factors which are responsible for emergence of these diseases include the increasing human demand for animal protein, unsustainable agricultural intensification, and increased use and exploitation of wild life, unsustainable utilization and land use, increased travel and transportation, change in food habits and climate change.

The linkage among human, animal population and the surrounding environment is very close in many developing countries including India, where animals provide transportation, draught power, fuel, clothing and source of protein (meat, milk, eggs). In the absence of proper care, this linkage can lead to serious risk to public health with huge economic consequences leading to emergence of zoonotic diseases. Globally zoonosis is said to account for 60% of all infectious pathogens and 75% of all emerging pathogens.  In the developing countries zoonotic diseases significantly affect the already overburdened public health system and economical structure which is evident from the present Covid-19 pandemic the deadliest disease. One of the lesions learned from this disease is that emerging zoonotic infections are here to stay and one has to be prepared to fight the new threats such as Covid-19, Ebola and Zika virus.

The importance of zoonotic diseases in the present scenario is due to the emergence of COVID-19, a viral infection turned into a pandemic which has a havoc both due crippling of health as well as economic infrastructure of whole world and has led to several lac loss of human live.

The factors which influence the prevalence of zoonotic diseases include:

Since zoonotic diseases can be transmitted from wild and domestic animals to humans and are public health threats worldwide. Since these diseases come from animals, prevention and control strategies need to be innovative and require the combined efforts of many fields. For example, closer collaborations are needed between veterinarians, physicians, and public health professionals in 3 areas: individual health, population health, and comparative medicine research. In the individual health setting, assessing the potential for zoonotic disease transmission from animals to humans should include input from both physicians and veterinarians, especially for patients at high risk such as those who are immunocompromised.

In population health, zoonotic disease threats should be addressed through surveillance systems that include domestic and wild animal and human populations, which would help lead to effective control measures. Since physicians and veterinarians would be the key professionals to recognize and report outbreaks, enhanced communications between hospital epidemiologists, veterinarians, and local public health officials would not only help expedite a local response, but also help identify whether unusual diseases or outbreaks involving animals and humans were related or separate events. In the research setting, collaboration between physicians and veterinarians in comparative medicine would improve our understanding of zoonotic agent-host interactions.es.