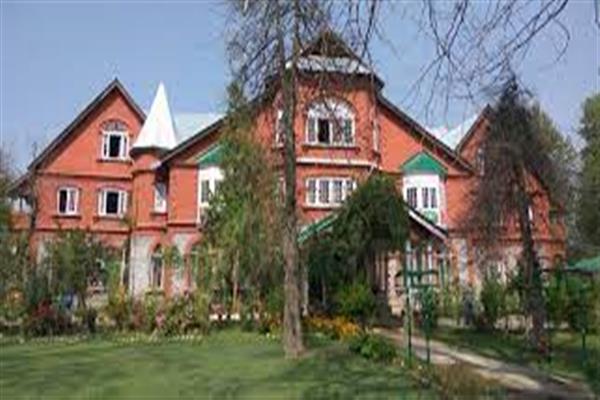 Being the first college in Jammu and Kashmir for offering education in science for the past more than a century, Shri Pratap College (SP) Srinagar has not only produced famous alumni from India but across the globe.

The S P College was established in 1905 by Annie Besant—the then ruler of Jammu and Kashmir of Shri Maharaja Pratap Singh regime.

The college records say that almost for the first half of the 20th century, S.P. College had the distinction of being the only institution to provide facilities for imparting higher education in arts and science disciplines in the valley.

Located in the heart of the summer capital, S P College has not only produced the best engineers or scientists but has remained the parental higher education department for several top politicians. Principal of the College Khurshid Ahmad Khan says that S P College is the oldest premium college in Jammu and Kashmir. “There is a difference of nearly 50 years of establishment in S P and other colleges of Kashmir valley.”

“S P College is recognized by the University Grants Commission of India, (UGC). It is affiliated with Cluster University Srinagar. The College has been accredited with Grade-A by the NAAC. We are exclusively providing the education of science. We are not only teaching the Undergraduate course but post-Graduate courses as well,” he said.

Currently, at least 2500 students are pursuing their education in this premier college.

He said that among the top politicians of Jammu and Kashmir who have been the pass-outs or alumni of S P College includes Sheikh Mohammad Abdullah, Farooq Abdullah, Mufti Mohammad Sayeed, Dr Karan Singh and Ghulam Nabi Azad.

“Not only politicians, but S P College has also produced the great scientists, engineers and doctors who are serving different governments across the globe. We are trying to make this college autonomous,” he said.

Khan in a principal's message to students and learners has said that S P College has been serving society for the last over one century. “We will make every effort to disseminate current knowledge, develop the latest skills and imbibe rich values. We want to enrich your total personality so that you prove productive global citizens to work for the betterment of humanity at large.”

In the meantime, the ex-principal of the college, Nazir Ahmad Gilkar was posted as a principal of SP College for 15 months from November-2011 and to January-2013.He says that S P College was established some 116 years back and this is the first college in Kashmir valley.

“Although people say that is the first college of Jammu and Kashmir, factually, it is wrong because, at the time of the establishment of S P College in 1905 at Srinagar, another college ‘Prince of Wales’ which nowadays is known as Government Gandhi Memorial Science College (GGM) Jammu was also established in Jammu region,” Gilkar said.

The ex-principal while sharing his experience said that for almost 50 years, S P College had a monopoly of providing higher education across the Kashmir valley till the Amar Singh College and Gandhi Memorial College Srinagar came into being.

“This used to be the multi-faculty college in Kashmir valley which was providing education of science, humanities and socialscience. Later when the government established Degree College Bemina in 1972, it shifted the humanities and social-science subjects there and kept S P exclusive for science,” he said.

According to the College records, the library of the college had nearly 80,000 books out of which nearly 55,000 were damaged completely.

“Before September-2014 floods, the college had a huge collection of around 80,000 books, periodicals and journals. In the floods around 55,000 books were completely damaged along with other infrastructure. But, with the efforts of the college administration, the basic infrastructure of the library has been restored and at present, there are around 28,879 books in the library,” reads the college record.

The college records state that it has a well-established physical education department which manages and organizes various sports events. Besides, sufficient games are accessible for the students who can play Hockey, Badminton, Gymnastics, Table Tennis and Athletics.

“College has the distinction of having one cricket pitch of national repute and a well-maintained football field. Two additional facilities namely Lawn tennis court with Astroturf surface and basketball court have been created under MPLAD financial support,” it reads.

S P college begin with a modest roll of eight students and only six teachers on its staff, however, in a few years, the college rose to the degree level in arts by 1911 when the state government took it over and renamed it Shri Pratap College after the name of the then ruler of the state Maharaja Pratap Singh.