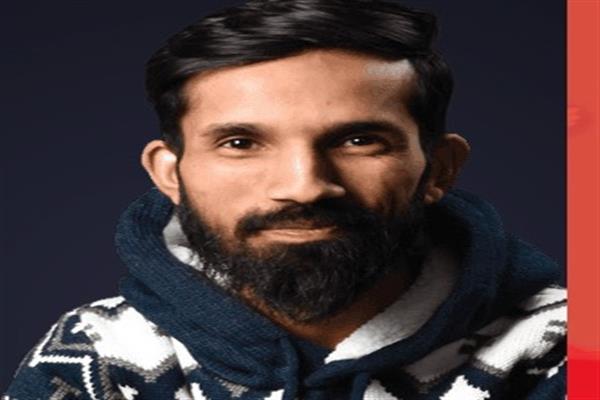 Despite being a school dropout and seeing various setbacks at home, Sheikh Asif did not give up to his circumstance, he instead moved ahead in life with undeterred determination and kept searching for avenues to become successful.

Hailing from Baranpathar, Batmaloo area of Srinagar, he started his first job with a meager salary of Rs. 1500 and with his hard work and dedication, today he is a CEO and founder of U.Kbased  company Thames Infotech with a valuation of Rs. 5 crores.

28-year-old Asif is now a digital marketer, entrepreneur, teacher, and author. He also conducts free classes to students across the world.

“I am founder, CEO of Thames Infotech which is worth Rs. 5 crore, and i am also CEO and co-founder of Saonmenu with co-founder Shama Kausar,” he claims.

For Asif, the struggle started from 2000 when the things changed abruptly as soon as his father Ghulam Rasool a constable in J&K police fell sick. His sickness is still a mystery for them for which they had consulted many specialized and renowned doctors of valley besides several faith healers.

Despite many attempts, the disease could not be diagnosed forcing them to bear the expenses of his treatment leading them eventually to a financially downfall.

“To treat my father, my mother sold most of the assets of home those days. Even she was forced to lend a loan for his treatment,” he asserts.

Recalling an incident, Asif says that he cannot forget that day when he was studying in 8th standard, the most crucial time for his family, when he had no money to buy a pen to write for final exams.

“After realizing i was disturbed, my mothersearched my school bag, a routine to her to see whether I carried all the necessary items prior to exams. But to her utter shock she found that I had no pen to write in the exams,” he said, and added, “My mother sold copper utensil to buy me pens and other stationery items.”

Moved by this incident emotionally while realizing that her mother would repeat this again and keep selling goods from the home to meet the needs of her sons, Asif says it was then he decided to quit studies forever and start working to support his family.

“I went against wishes of my mother, as she wanted to see me become a doctor like other parents in valley, I renounced my studies to support my financially broke family,” he said adding “I started looking for a job at the age of 15, and I remember it was 2008.”

He says that after clearing the 8th class exam, he started working in a local tour and travel agency at his native place against a meager salary of Rs.1500.

After two months, Asif left that job after having a heated argument with his collogue who happened to be well qualified but supercilious, who would often taunt and disrespect him for not having much academic background, suitably fit computer operator job.

He says that he was very interested in learning computers which was bought by his father, for him, for which he had lent the money from the bank.He had developed an interest in computers after watching an interview of Bill Gates on BBC.He calls Bill Gates his inspiration.

After leaving his job he started working in a local shop where he worked for the period of four years from 2010- 2014 while honing his skills further. There he learned all basics including graphics designing, tally, web designing, etc.

Later, he left that job and startedhis small business with money he saved during that period.

As it was not much for him, the city was overtaken by the 2014 floods, forcing Asif to spend his savings to meet the basic requirements, leaving him once again with empty pockets.

“2014deluge caused severe damage to our house and we had been repairing or renovating it from time to time for four consecutive years post floods, eventually were forced to sell the house in 2018,” he said.

While realizing that setbackswere part of of his destiny, which he had been experiencing for so long since childhood,then he started searching for a job again. “Whatever I had been planning seemed to me, has been disposed of by any untoward happening or calamity,” he says.

He says that in April 2015 he continued to look for a job on OLX, where he luckily found one, in a company named Trimax Printing and Graphics owned by Tajindar Singh, who had been working for U.K based company in Hayes, Harlington, U.K, a type of General store, where according to him no one was doing graphic designing at that time.

“As i was working for Trimax Printings and Graphic virtually, soon after a few months, the Hizb commander Burhan Muzaffar Wani got killed, leading the valley shut for around three months,” he says.

He says that meanwhile, Tajindar Singh had left for Delhi, as he kept trying to get connected to him telephonically for around a week through landline but in vain.

“Finally, after repeated attempts, I succeeded in contacting him, after which he took me to Delhi, where our company was not showing positive results. In fact, the business was incurring losses at that time owing to diminishing sales or orders.”

He says that as the business was showing growth, seeing his talent and passion Tajindar offered him a job at Hayes, Harlington, U.K, where Tajindar’s brother already was operating the business.

“I consulted my mother and signed a contract for 18 months on a condition for a return flight ticket back to India,” he says, adding that prior to that they changed the name of Trimax Printings & Graphics to Thames Infotech on June 6, 2016.

He says that he landed his feet first time on foreign soil in the first week of November 2016. But the business still didn’t show positive results there either, thus Tajindar’s brother suggested he look for a part-time job.

“As I was searching for a part-time job I met a Kashmiri person Rizwan, originally from north Kashmir’s Baramulla district who had come to Manchester in 2000, who now owned a restaurant Riz Spices there,” he says, adding after get together, Rizwan offered him some space at his restaurant for free to set up a part-time business.

“After two months I met another person Hamza Saleem, a senior software engineer in Google, who asked me for making a website for his tech company, on condition if he gets satisfied then shall I receive my payment for which I agreed,” he says, adding after seeing his website, he offered him a business deal for 50 percent equity.

Meanwhile, Asif kept meeting different people including UK natives and nonnatives, and kept looking for opportunities; one such individual was Rudrigo Ruiz Karvajal who used to visit the restaurant often.

“Karjaval offered me space at his place which was on good site where his father had started his business, leading him to be a successful businessman,” he says.

He says at that place he received his first order for making a Logo to a company for which he was paid 500 pounds.

Asif takeover the company Thames Infotech Manchester UK on June 9, 2016 having a current valuation of 5 crores. And in Kashmir, its office is located at Advent Colony in Nowgam, Srinagar.

He says that there are 35 employees working in his company including 32 in UK and 3 in Kashmir, providing services like website designing and development, digital marketing, graphics designing, personal branding, social media handling, etc.

Asif has trained around 1000 students to date, have helped 40 businesses in Covid-19 pandemic, and have published three books on the business including “Digitization In Business”, “Online Business Idea” and “Start a Business”.

He says he has bagged “Entrepreneur of the year 2022” by “The Fireboxx Bangalore and was “Nominee of Padma Shri Awardee 2022” and was honored by Google “Digital Marketing Expert” in 2018.