His arrival is considered to be the greatest event in the history of Kashmir. His stay here brought substantial reforms in the lives of ordinary Kashmiri 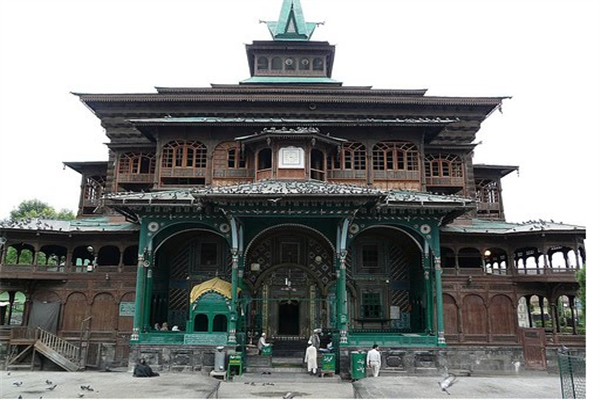 History is replete with the fact that the first name among the prominent preachers of Islam in Kashmir was Sharfuddin Abdul Rehman Bulbul Shah (RA) who belonged to the Suharwardiya order of Sufis. After Bulbul Shah, this sacred mission was carried forward by Mir Syed Ali Hamdani (RA) and his 700 hundred associates who were accompanied by him. They not only enlightened the masses with the glorious teaching of Islam and its practical aspects but they also taught them how to raise their living standard. His arrival is considered to be the greatest event in the history of Kashmir.His stay here brought substantial reforms in the lives of ordinary Kashmiri. They made Islamic teaching known to the people of Kashmir, improved their beliefs, made efforts for building their character, and laid down a full proof system for the propagation of Islam. Ignorance, superstition, black magic, the practice of Sati, and many other social evils were wiped out.

In addition to this, he familiarized people with trade and commerce on the pattern prevailing in central Asia that boosted them economically. In addition, he revived the agricultural, irrigational, and industrial systems by suggesting new techniques. The introduction of arts and crafts can be attributed to Amir Kabir Mir Syed Ali Hamdani (R.A) as he opened the gate of interaction between Kashmir and Iran in a manner that has no precedent. Thus the economy of the valley became better by these arts and crafts flourished by Amir Kabir (R.A). When he came to Kashmir, he brought along with him hundreds of disciples who were well-versed in different trades like painting, calligraphy, shawl weaving, etc. Even Allama Iqbal (R.A) remarked that because of Shah-i-Hamdan (R.A) the wonderful arts and crafts turned Kashmir into Mini-Iran and brought about a revolution in making the people prosperous.

About his dynamic personality and contribution, the renowned Professor H. N. Rafiabadi once said in an international seminar held at Kashmir University “There were two things which Mir Saiyid Ali Hamadani Wanted To Flourish In Kashmir: 1. Wahadat i.e., Unity Of God. 2. Saadat, Meaning Leading One’s life to Salvation. He was not only a religious but also a civil and social reformer. He taught the people of Kashmir the way of civil administration within a just society with a spirit of communal harmony, universal brotherhood, honesty, and equality which is reflected through his writings”. Another prominent Islamic personality Hazrat Shah WaliUllahMohudis-e-Dihlwi (R) acknowledged his contribution to Islam by writing “Tufa-tul-Ameer” about Ameer-e-Kabir Syed Ali Hamdani (RA). There are as many as 172 writings and treaties that go to his credit. Most of them are found in all the famous libraries of the world.  Some of famous books are Zakhiratul Muluk and Muwwadatul Quraba. Zakhiratul Muluk dealt with his political ideology, the duties of rulers, and the responsibilities of the people. He also authored several booklets spanning religious and spiritual aspects like Awrad-E-Fathiya is a major case in point. It is the collection of religious prayers of great religious people which is recited every morning after the Fajr prayers in almost all the Hanafiya School of thought mosques reflecting the faith and deep commitment to one God and emphasizing the unity of God and His attributes. Another important poetic collection of Shahi Hamadan (R.A) is Chahahal Asrar. Hazrat Shahi Hamdan (RA) laid greater emphasis on earning a legal livelihood and so rejected all the means available for the support of the Sufis. He earned his livelihood by cap-making.

He was a spectacular traveler of his time. He traveled far and wide and spent most of his time on the expansion of Islam in the different parts of the world. Many saints came to Kashmir for the expansion of Islam, but the only one, who lit the torch of monotheism, in reality, was none other than Amir Kabir Mir Syed Ali Hamdani (RA). The credit goes to him for introducing the central Asian architecture in the valley that gave rise to a new style of establishments. A famous example of this architecture is Khanqah-e-Mualla. He also conducted plantation drives and encouraged people to plant more and more plants to keep the environment safe.  A 627-year-old Chinar tree in Chatargam, Chadoora, Budgam District in Kashmir, is said to be the oldest tree of this type planted in 1374 by him.

After illuminating the valley with the light of spiritual power, he breathed his last in 786 AH/1384 in Hazara (Pakhli ) and his body was laid to rest at Kolab, Tajikistan. We celebrate his annual day on the 6th Dhual Hijjah as per the Islamic calendar to commemorate his unprecedented contribution. One column is not sufficient to cover his entire life but his mention on special days allows us to recall his life and contributions.

(Author is a teacher and columnist. He can be reached on:minamharoon123@gmail.com)