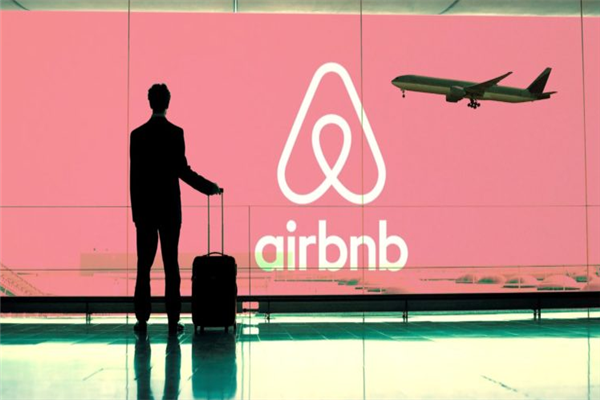 For centuries the high Himalayas have retained the charm and mystique so associated with its pristine valleys and pinnacle like peaks jutting into the azure blue skies of the Indian subcontinent. Tell me of a trip to the mountains when you have not sighed and longed for a home there. Let me paint it for you- a small rusty cottage with a lawn and kitchen garden, mist and clouds at the windows with verdant greenery all around.Well owning a house or a cottage tucked away in the high Himalayas can be a distant dream, but spending some quality time is a mere a question of your will and information.

Traditionally the Himalayan terrain has been ensconced in all its glory bound by the myriad flora and fauna as well as human beings which are now under a serious threat of environmental onslaught wrought by wrong practices by all and sundry. The entire swath of Himalayas from Ladakh to Arunachal Pradesh is choc – a –bloc with mountainous people springing up from ethnic tribes  and close communities like the Bhutias, Lepchas, Ladakhis  and the Jaunsaris to quote a few.

Since the terrain obtaining in the high Himalayas is often laced with difficulties for a decent survival, forcing the men folks to trudge to the plains for their livelihood, a very piquant situation develops back at home where only the women folks ,small children and the old and the infirm stay behind. This phenomenon of women being the lynch pin of homes in the high Himalayas has been the chief reason for the propagation of matrilineal line of thought in places like Jaunsar/chakrata of utrakhand.

Life in the armed forces of the country often makes you come face to face with such diverse realities of our subcontinent which you wouldn’t have dreamt in your wildest of dreams.Since opportunities of a good employment package are generally missing due to lack of resources in a mountainous region, lack of infrastructure , inadequate provision of water and electricity add to your woes all the more.Hence the men folks of the area gravitate towards the armed forces of the country as a means of their survival /employment. This puts the women of the area as mentioned earlier in a tight spot who have to willy-nilly support the family and come out of their homes to generate that extra income.

Here steps in the ubiquitous SEWA & AIRbnb the two main protagonists to show and ultimately lighten the pathway to these women’s financial and social emancipation. Registered in the year 1972 SEWA (Self-employed women association) is a trade union of poor and self-employed women workers. These are women workers who learn and live through their experiences or small businesses. They do not obtain normal salaried employment with welfare benefits like workers in the organized sector. They are unprotected women workforce consisting about 93% of the total workforce of India.With many of the men working force either in the armed forces of the country or seeking employment in the plains of the country the women in Ladakh for example Phayang, a mountainous village about 15 kilometers from Leh town with great views of rugged peaks and cloud laden blue skies are slowly coming into their own as ‘Homestay hosts”. Most often the common refrain of these Ladakhi women has been that due to very less interaction with the outside world they have become quite laid back in their attitude towards life in general which didn’t portend well for their families as such.

But the online travel portal, “AIRbnb“ has made few inroads into Ladakh particularly after the abrogation of article 370 and grant of a UT status thereby infusing a new lease of life in the otherwise mundane existence of these poor hapless women folk. AIRbnb has tied up with SEWA for ‘Hum sab ek”an initiative that is looking at empowering women to become micro-entrepreneurs by turning their homes into ‘Homestays”. As part of their “SEWA-AIRbnb” partnership, 10homes have been identified in Phayang village and have been listed on the portal of AIRbnb with the number expected to increase only in the coming days. I remember during my Siachen glacier days in 1995, Phayang used to be the TCP (Traffic check post) from where on all ingress /egress used to happen of troops and vehicles to and from Leh onwards. Since most of my troops used to be of Tibetan/Ladakhi origin, I was witness to firsthand experience of the trials and tribulations which their impoverished families used to go through in sewing together their insipid existence.But now no  longer.

As per the officials of “AIRbnb” dealing with south east Asia, Taiwan, Hong Kong etc they have been instrumental in extending their partnership with SEWA in Ladakh, and help empower local women hosts on AIRbnb to secure their financial independence and bring those valuable tourism dollars into their communities . In most households here in Ladakh women are the central figure doing all kinds of jobs to include cooking, cleaningwithin their homes as also farming outside if at all they have arable land. Their work much like household work throughout the country has gone unrecognized and unrewarded.  But change is now afoot and the women visibly shy and under confident are looking at becoming arbiters of their own lives and of their families. There are many like Tsewang Dolma whose world came crashing down in the year 2010 when her husband suddenly passed away. Tsewang, now 50 years of age had spent much of her life by depending upon her father and then her husband. When her husband died, she had to fend for herself and her three children, the oldest of whom was merely 10 years old.She monetized the only asset she had and knew- cooking – but could make barely Rs 8000/ per month which was meager for her large family.

But then like a silver lining, “SEWA-AIRbnb – HUM sab Ek” stepped in like a proverbial knight in the shining armour to rescue her lot. As per her now she is excited about becoming a host in her new role of ‘Homestay concept”. The tariff for rooms at these home stays in Phyang village is Rs 2000/ only per night. These come with all the basic necessities of life as also the great views as well as an opportunity for travellers to experience all that Ladakh has to offer. The kitchens and the dining rooms in these homestays are always stacked to the full with either Ladakhi or Tibetan food including the famous sea buckthorn juices, traditional breads, local fruits such as apricots, plums etc. ‘Home stays in Phyang village comes as a welcome addition to the tourism scene in Ladakh which has home stays in areas like Nubravalley, Alchi, and Pangong .

According to SEWA, these homestays will allow the tourists to have a day of rest to acclimatize to the altitude while planning further their itinerary. The greatest USP of homestay concept is that they will give further luxury of resting without having to spend a lot on the hotels around. But the last year standoff between the two Asian giants on the LAC has muddied the waters for this concept to fructify in its entirety with the tourist inflow getting checked to an extent.

One good aspect since the time Ladakh came into its own being after the abrogation of article 370 has been the sprouting of new and new ideas to cash in on the free atmosphere of entrepreneurship that has gripped the region. But the moot point is that if Ladakh could do a turnaround what is hampering the region of Jammu which is again beset with a plethora of mesmerizing places to boast of? Why hasn’t the concept of homestays caught on in places like Bhaderwah, Kishtwar etc which are known as mini Kashmir across the Jawhar tunnel of the erstwhile state. I suppose the ruling dispensation ought to lay emphasis on this aspect with all the sincerity it deserves so that people of this area too can partake in the fruits of development.

(The writer is a Retired Army Officer and a Regular Contributor to RK. He can be contacted on his email: slalotra4729@gmail.com)