Sehri Program on Radio: A treat to ears 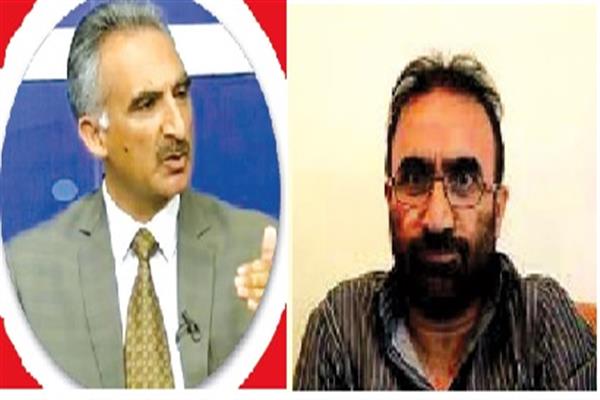 All India Radio Srinagar that comes live at 3:30 a.m. with a special Sehri program has a special place among people and listening to it continues to be a routine during Ramadan in Kashmir for decades.

People across Kashmir, before going for their pre-dawn meal (sehri), switch to radio sets to listen to radio programs of AIR Srinagar and other FM stations. The programs have proved popular and enjoyed high ratings in the past few years.

When one turns on the radio at 3:30 a.m., one can listen the voice of noted broadcaster Talha Jehangir who is the producer of Sehri special program and who interacts with religious scholars and clerics about the importance of Ramadan.

There are many Islamic programs on AIR Srinagar station that has been broadcasting Ramadan special programs in the holy month for decades.

“Though there are private FM radio stations in Srinagar that broadcast Ramadan programs but AIR Srinagar is the only station which broadcasts special sehri program,” he said.

“Sehri program is the specialty of AIR Srinagar. This is a decades-old program. The day radio started in Kashmir, the sehri program was started then. There is a variety in the Sehri program like reciting Quran, hadees, religious talks etc,” he said.

Sehri special program is broadcast each day at the time of predawn meal during which clerics and scholars deliver sermons and lectures about fasting and prayers.

Rufai said despite the fast-changing times radio has maintained its relevance and importance. “It has its own beauty. One can tune to radio at any place. It is easily accessible through mobile phones,” he said.

In the present era of information and technology when television industry has boomed up, radio is still a favorite medium of entertainment and getting news. “On one hand visual media is ever-expanding but on the other hand radio is producing quality programs to its listeners,” he said.

Ramadan has influence over habits of Muslims and people suddenly change their watching, listening, reading choices which develop spirit of social belonging.

FM Radio Mirchi also broadcasts several programs throughout the day including morning program with Alima, Sehri show which is handled by RJ Vijdaan.

“There are also other special programs as well specifically meant for Ramadan which include Hadees, Quran, stories of prophets,” said Mehak Zubair, who is associated with Radio Mirchi.

“To be very honest radio is the relevant medium in Srinagar city. The response we get is overwhelming. The response is the only way to understand whether you are relevant or not,” she said.

Radio listeners believe that the religious programs broadcast during the holy month of Ramadan on radio bind people more than rest of the months.

“The religious lectures by clerics especially in morning and evening are also a reason that makes people stick to the oral medium. If I don’t listen to the Radio in the morning I feel bad throughout the day,” said a radio listener. He says listening to religious programs on the radio during predawn meal keeps him active for the day.

Apart from radio, other mediums available include television and reading material which have an important role and bind the Muslims together in Ramadan.

Social media apart from entertainment remains abuzz with religious and fasting-related activities including sharing of photos and videos.

Live streaming of Tilawat, Iftaar and Islamic gatherings are dominant on social media these days and netizens prefer to watch a lot of Islamic content.

The live streaming of Islamic videos including recitation of the Quran from across the world is shared widely on social media sites.

Ramadan gives a break and provides believers a rare opportunity to think about themselves, their future, and their families. According to him, fasting in a person develops the real spirit of social belonging, unity, brotherhood, and equality.

Mohammad Rajab and his wife Raja Begum from Qamarwari, Srinagar spent most of their time on television to get exposed about the dos and don’ts in the holy month.

“We are not able to read that is why we prefer to watch Islamic programs on TV. TV helps to gain Islamic knowledge,” said the couple.

Their favorite cable channels are Saudi Al-Sunnah, Al-Nabawiyah, Saudi-Al-Quran Al-Karim and others. Payam-e-Ramzan, program is telecasted on DD Kashir and Doordarshan. Apart from this, people who have cable satellite connections have a number of Islamic channels that broadcast Quran recitation, contests about Quranic verses and Tafseer explanations.

Apart from watching television Muslims spent a lot of time in reading Islamic literature and Quran at Masjids, religious seminaries, shrines, and Khanqahs.

“Ramadan is the month of the Quran. I also recite the book after each Namaz which I could hardly do before. It gives a chance to change,” says Mohammad Iqbal who often visits Dargah for congregational prayers on Fridays.

Fasting during Ramadan is one of the five pillars or duties of Islam, along with the testimony of faith, prayer, charity, and making a pilgrimage to Mecca.