The disparity in the risk of major disease and mortality among ethnic groups was previously attributed in part to socioeconomic inequalities, but it was evident that this was not a comprehensive explanation 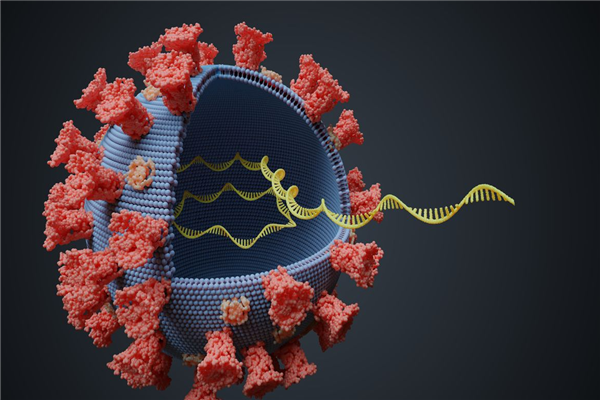 A gene that doubles the risk of respiratory failure and mortality from COVID-19 is present in 60% of South Asians and may explain why some ethnic groups die at a higher rate than others. Scientists at the University of Oxford have discovered a gene that may double the risk of lung failure and mortality from Covid-19, explaining why persons of South Asian origin have a higher risk of severe illness.

"The genetic determinant they have identified explains why some people get very severely sick following coronavirus infection," said James Davies, a geneticist from the University of Oxford's Radcliffe Department of Medicine and coauthor of the research. There is a single gene that poses a considerable risk to those of South Asian ancestry."

Other scientists, however, emphasized that the findings needed to be confirmed and that genetic explanations should not be used to overshadow other possibly more substantial socioeconomic risk factors experienced by minorities. The gene, which was previously unstudied, was found to act as a switch to turn on a crucial defense mechanism that prevents SARS-CoV-2 from entering epithelial cells that line the lungs.

The researchers employed artificial intelligence (AI) and new molecular techniques to identify leucine zipper transcription factor 1 LZTFL1 as the gene responsible for the higher risks. LZTFL1 inhibits a vital defensive process that cells lining the lungs normally employ to defend themselves against viral infection, according to the researchers.When these cells interact with SARS-CoV-2, which causes Covid-19, one of their defence strategies is to turn into less specialized cells and become less welcoming to the virus. This process reduces the amount on the surface of cells of a key protein called ACE2, which the coronavirus uses to attach itself to the cells.However, for people with the LZTFL1 gene this process does not work as well, and lung cells are left vulnerable to infection by the virus.The researchers have stressed the need of providing vaccination to communities that are at a higher risk of severe Covid-19 infection as a result of harboring this genetic predisposition, since their elevated risk should be offset by immunization.

Evidence that LZTFL1 has emerged as a candidate causal gene, potentially responsible for some of the two-fold increased risk of respiratory failure from Covid-19 in some populations, represents a significant advance in understanding of some people's variable susceptibility to serious disease and death.

"This study provides persuasive evidence that LZFTL1 has a function in the lung parenchyma in severe COVID-19, warranting urgent additional investigation." The potential SNP will require more experimental validation to offer direct evidence for LZTFL1 regulation, such as genome engineering methods."

This is a fascinating study. The disparity in the risk of major disease and mortality among ethnic groups was previously attributed in part to socioeconomic inequalities, but it was evident that this was not a comprehensive explanation. Evidence that a relatively unstudied gene, LZTFL1, has emerged as a candidate causal gene, potentially responsible for some of the two-fold increased risk of respiratory failure from COVID-19 in some populations, represents a significant advance in understanding of the variable susceptibility of some individuals to serious disease and death.

Sixty percent of people with South Asian ancestry carried a higher-risk version of the gene compared with 15 percent of those with European ancestry – explaining in part the higher rate of hospitalization and death in the former group.