Role of parents in prevention of drug abuse 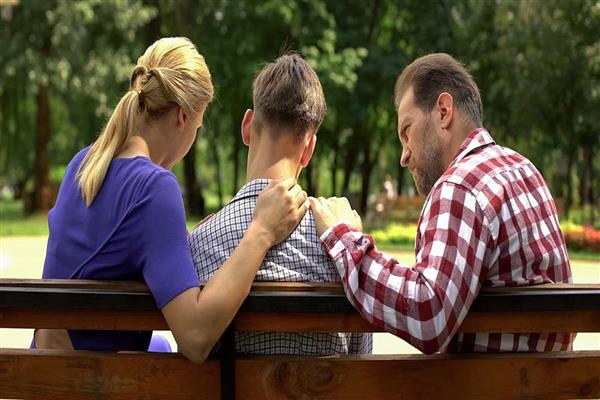 If you are a parent, when was the last time you had a conversation with your child about life, nature or even the future?

As the world has shrunk into a mobile phone bringing about a lot of connectivity, the irony of growing apart is not lost. Parenting is now a WhatsApp message or a facetime call. If it’s not that, then it is a restriction of conversations to mealtimes if we are lucky, whether those conversations are meaningful, we do not know.

These are tough times. Amplified by the grief that COVID brought, mindful parenting is now a misnomer. For the past 2 years we have probably seen so much of each other that our presence in each other’s lives is viewed as permanent.

In these times, when we all seek moments of our own time and space, somewhere down the line, the parent-child bond seems to have been adulterated as both try to sort out and grapple with the day-to-day monotony. Parents trying to support their families financially and children left with distorted coping mechanisms or worse, no coping mechanisms.

It is precisely these coping mechanisms or the lack of it contributing to the Pandora’s Box that is the world of drug addiction. The viciousness of this hazard is unparalleled today. If you are a visualizer, you can visualize the fabric of families and societies ripping apart at the seams because of this gigantic peril which cannot be contained or held together by one peg.

And yet, the pivotal peg in this machinery is the role of parents.

Parents are the architects of the life of their children. A child’s relationship with his or her parents has a deep impact on their decision making. There is a delicate balance between being a positive role model for your child and being a smothering or overprotective parent.

Following are some do’s and don’ts when it comes to the role of parents in preventing drug addiction:

Parents often develop a harsh bond with their children, where they are the boss, and the child is the employee, boss wants the employee to yield maximum profit out of his investment, failing to do so will incur severe actions. Same happens in many parent-child relationships. If children don’t meet the expectations of their parents, they will get punished. This makes the relationship bitter, bringing about a huge amount of pressure on children, and they may end up doing drug abuse.

2.     Lack of Communication and being unaware about their child:

Parents often don’t know about the problems faced by their child outside home and sometimes even at home. This happens due to the lack of communication between them. This gap in communication increases the risk of children getting into drug abuse.

3.     Not talking about Drugs:
In our society, things and practices which are considered wrong aren’t spoken about. Though they exist commonly, yet talking about them is discouraged and seen as an evil greater than the practice itself.  Not talking to children about drugs of abuse is sometimes the most damaging thing a parent can do because if a child is not made aware of the drugs of abuse and their negative consequences by their parents, then the chances of their children experimenting with them out of curiosity remains high.

4.     Wrong Modeling:
Children often learn by examples, not words. If the parent is a chain smoker and giving advice about the hazards of smoking, it is chaotic and conflicting for a child to wrap their mind around what they see and what they hear. Studies have shown that the children who see their parents consuming drugs, alcohol and cigarettes, are very likely to end up doing the same.

6.     Parental approval of smoking and other drugs.

The parent should be so attuned to their child’s nature that they are able to figure out small changes in habits, behavior, self-care, and appetite. Is the child staying away from home for longer periods? Are they even attending school? Is there something off about their behavior, energy levels or eyes? Are they spending more time alone in their room, chatting with friends or on social media? Are they bringing home or mentioning newer names every time as friends? Are their grades slipping? As much of a demand is on the parents, it is the only way to somewhat ensure a better future for their children.

Evidence shows that a parent’s lessons and involvement reduce the risk of substance abuse habits, particularly when started at an early age. Therefore, it is crucial for parents to talk to their children early and often about the drugs they may encounter. Let them know the dangers of getting involved with drugs and that you find it unacceptable.

Parents should keep a check on the company of a child. They should try their level best to keep tabs on their child’s schedule and whereabouts without looking intrusive.
The age at which usually the children have been found to get involved in drug abuse is teenage, which in itself is a tumultuous time for the child in trying to establish an identity, trying to gain independence and the importance of peers cannot be undermined. Since an almost consistent pattern shows that children often start using illicit substances with or because of like-minded peers, needless to say it becomes important to keep an eye on the company your child has and if there are red flags, to tackle them as tactfully as possible rather than socially isolating the child.

Rule setting for activities is a must, whether it is playtime with friends or internet surfing. Parents must be aware and vigilant. Limiting social media use, laying down do’s and don’ts, moderate but consistent discipline and most importantly acknowledgement of good behaviour.

During adolescence, children face many problems and have to deal with many issues. They face immense pressure which they aren’t ready to face. Teens who doubt themselves or feel disregarded by their parents are often the ones who seek drugs. They feel that drugs can provide them the way out.  Parents need to go beyond modeling good behaviour and should create a positive environment for their child. In teenage years, children need a home that reinforces their good behaviour and builds their self-esteem. The temporary escape provided by drugs would not be needed anymore as the parents can help them to face the problem and solve it completely.

Spend time with your child. Communicate as much as possible. Understand their nature, their likes and dislikes. Understand what brings them happiness. And then advice from experience. The roads in life are long and winding. They need to be shown the right paths to take and because you cannot walk those paths for them, you can walk it with them.

Bottom line: parents play a key role
Parents can play a vital role when it comes to the prevention of drug abuse. Parents have a strong influence in a child’s life. Therefore, they should express their concern and willingness to help, make observations, ask questions and listen to their answers. Parents need to provide unconditional love, strengthen self-esteem in their children and create a positive attitude for seeking professional help.