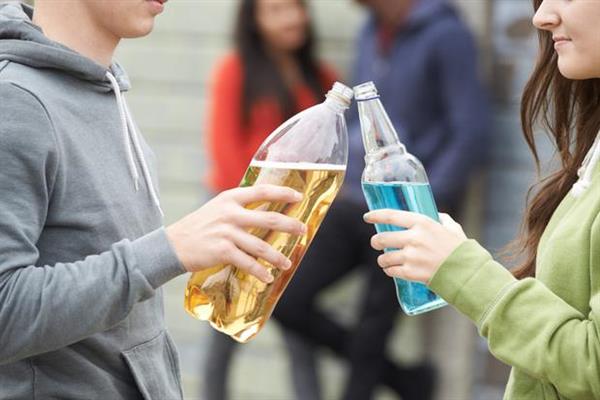 Nowadays, ‘Conti’ precedes farewell and any school celebration is succeeded by after-parties. And as you may have guessed, these parties have everything that a party for adults has- music, food, dressing up, games and alcohol among other things. This rising trend of consuming alcohol in senior school students is one that raises eyebrows and concerns parents a lot. Let’s look at a few dynamics that are involved in the whole picture.

Alcohol consumption by adults is now not really considered a taboo and is a somewhat societally accepted way of how people can let their hair down or relax in their homes on the weekend with a glass of wine. Breakups are managed by indulgent drinking a few times and watching a game with friends isn’t complete until there’s beer. Weddings aren’t fun until the adult males have their share of whiskey or scotch and the young adults have their own secret bar in one of their cousin’s cars. Alcohol has so effortlessly made space for itself in our lives that it is now common knowledge and not a hidden piece of information that only the grown-ups are aware of.

The act of alcohol consumption and how seamlessly it has become a part of any social occasion is also highly influenced by how we see it in the narratives around us. We see how Kabir Singh abuses alcohol and we see how Veronica drinks in a club and lets her hair down after her breakup. What we are fed in these narratives around us in the form of social media posts of actors, influencers, friends, etc, Bollywood movies, Hollywood movies, web series, novels, podcasts and advertisements, impacts how we understand and perceive those objects within the immediate environment and the larger context. Just like how Kingfisher tags its beer as the king of good times and we believe it.

Globalization also has its role to play in how we have come to perceive alcohol and how children see it. The world is now becoming a global village where travel and communication is way more convenient and easy than it was a few decades ago. We are not only interacting with people from the other side of the globe, we are also living with them, studying there, working with them and finding love among them. This whole new level of exposure and mixing has brought with itself an exchange of ideas and perceptions that has among other things, eased out the presence and use of alcohol in the Indian subcontinent among children.

As children, all of us wanted to grow up a little faster, imitate what adults around us were doing. We couldn’t stop wishing to just grow up faster so that we could go out, eat food at certain places, have a mobile phone, wear a saree or dress up like our fathers and have a briefcase in hand. It’s the curiosity within us as children and wants to explore the world, do more, see more and witness more. Today’s children exhibit the same curiosity and wish to grow up faster so that they can do and be how they see adults around them. Thus, they want to drink, they want to travel, they want to dress up a certain way, etc. seeing how, adults today drink and smoke more than the previous generation at that age, the dynamics within children and their objects of curiosity are also changing. There is a lot of societal and infrastructural development happening and the horizons are now transforming from agrarian culture to a more urban and metropolitan culture. Children today have more resources and opportunities than the previous generations, to live out these curiosities they possess.

Since, alcohol has established its place as somewhat less harmful substance in the minds of the masses, it is easy to put pressure on a young mind to indulge in the consumption of the same. Peer pressure may push innocent children into regular consumption of alcohol by advertising it as a completely harmless substance that is guaranteed to make them feel good or give them a ‘good time’. Sometimes, the popular kids in school drink alcohol in all their parties and seem to really have fun. So the few children who want to be a part of this popular group of ‘cool kids’ perceive that they can easily do that if they start imitating their behavior; they could be perceived as ‘one of them’. And this is how seemingly innocent indulgences can often progress into dependent behaviors, if not monitored on time or kept in check.

As more and more people are becoming a part of the corporate culture and hustling to provide better for their families, parents have less and less time to monitor their children’s behavior or their learning. This sometimes can cause the child to be introduced to substances that may not be age appropriate and could be prevented. The development and urbanization has also impacted and changed how we live with families. Just a few decades ago, majority number of the families lived with their siblings and his family, or uncles and aunts and grandparents. This familial system allowed children’s development. Learning and behavior to be monitored by someone or the other adult in the family. Children grew up with their cousins where they had each other’s support and a space to communicate what they felt. This enabled the children in the family with a social system that not only monitored their development and progress as they grew but also provided the support and safety net, lest they require it.

As responsible adults and the society, we need to understand that there’s no safe level of alcohol use for young people or people under the age of 18 years. Although secretly experimenting with alcohol is common among senior school students, there are many associated risks that they are often unaware of. Alcohol consumption can impair the development of the brain and increase the risk of other alcohol-related problems, including addiction, in early adulthood and later. Many people and teenagers themselves are not aware of how alcohol can impact their brain and its functioning, and that lower levels of consumption can lead to these negative impacts in teenagers, as compared to adults.

One of the important challenges in adolescence is to learn how to make independent and responsible decisions. But alcohol consumption can impede this developmental challenge in various ways. For example, a young individual under the influence of alcohol could:

? accidents or injury due to experiencing hallucinations or delusions in extreme cases

? get alcohol poisoning and lose consciousness or die

? pass out and be oblivious to what they were doing or where they currently are

? sustaining injury while swimming, playing sports, climbing stairs or when trying to cross a road

? break the law or get into trouble with the police

? easily lose their control over their behavior, behave very inappropriately and cause harm to important relationships or damage their reputation.

Any kind of substance consumption makes the individual vulnerable to depend on them in times of emotional instability or a crack in their usual coping methods. It is easy to slip further down the slope when you’re already tip-toing on the slippery slope. The adage that prevention is better than the cure, stands true with substances, at all ages.