Research and work done regarding cancers in Jammu & Kashmir

The incidence of cancer rises dramatically with age, most likely due to a build-up of risks for specific cancers that increase with age 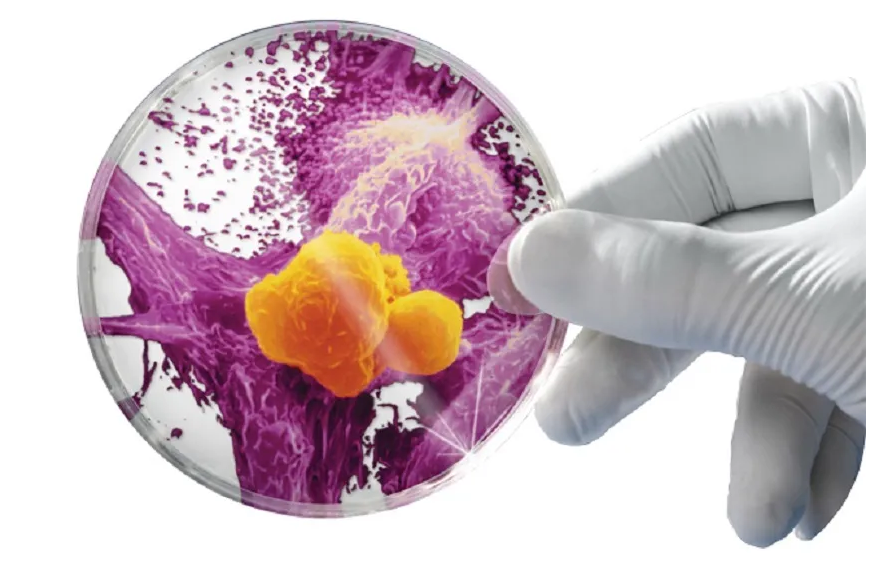 In 1990s I as a kid rarely used to hear somebody died from cancer, maybe I was less aware or there were not many diagnostic facilities and hence reason of death was not given. When I or others try to create awareness on Diabetes, Hypertension or mental health ailments, it does not mean I can never be diagnosed with Diabetes or Hypertension, it simply means we care.  Anyway, I checked website of WHO and they write on their website about causes of Cancer. “Cancer arises from the transformation of normal cells into tumour cells in a multi-stage process that generally progresses from a pre-cancerous lesion to a malignant tumour. These changes are the result of the interaction between a person's genetic factors and three categories of external agents, including:

The incidence of cancer rises dramatically with age, most likely due to a build-up of risks for specific cancers that increase with age. The overall risk accumulation is combined with the tendency for cellular repair mechanisms to be less effective as a person grows older”.

To be frank after reading about causes in WHO website I could not silence my emotional pain and curiosity about rising incidences and death among young patients in Kashmir due to heart attacks or cancer, except for aflatoxin and arsenic as possible causes of Cancer.  Aflatoxins were easily detected in peanuts and peanut products (peanut candy, peanut butter, peanut flour, etc.  In below paragraph I am giving you research with references.

I did read that they contaminate milk, eggs, meat, spices, nuts- but not sure any survey or research in Kashmir supports above research work of international repute. A report was published in Reuters in 2017 which talks about Arsenic in Dal Lake. It says “Kashmir’s famous Dal Lake has excessively high levels of toxic metals due to sewage and waste and is a serious health hazard for thousands of people who depend on it for their livelihood”. Also some of the water samples collected at the lake showed a high presence of metals like iron, manganese, copper, lead, cadmium and arsenic. "Effects of these elements can cause damage to brain, liver and kidneys of the consumers", the report warned.

The scenic Dal Lake in the heart of Kashmir's summer capital, Srinagar, is surrounded by snow-capped mountains and is home to 2,000 ornately-carved pinewood houseboats, whose owners are dependent on tourism. The report said an increasing amount of waste and sewage was being discharged into the Dal Lake and accumulating in the fish and water which was then consumed by humans, posing a serious health risk. Arsenic, which was found to be present almost 1,000 times more than what is permissible, also threatened several species of fish. Seventeen out of Kashmir's 37 species of fish are found in Dal lake, but the report said some species of fish had disappeared altogether while others were declining in numbers.

However in 2021 a study by IIT Kharagpur using Artificial Intelligence-based prediction modeling has revealed that groundwater in Jammu and Kashmir is least harmful for human consumption.  As per the study, Jammu and Kashmir has only one percent of the arsenic concentration in the groundwater. In Journal of Oncology Research and Treatments research about incidence of cancer in Kashmir that was published in September 2020, authors of study are Mr. Manzoor Ahmed Mir and Mr. Umar Mehraj- both of Kashmir University. Following important points were given.

“Causes of various cancers in the Kashmir valley have not been well researched, and no such large population based epidemiological studies have been carried so far. There is an increasing risk of cancer mortality rate among human populations of Kashmir valley due to some leading behavioral and dietary habits, including high body mass index, low fruit and vegetable intake, lack of physical activity, tobacco use, stress and lack of regular check-up. The changing life style and food habits among the people had caused surge in all the cancers especially in Lung, GIT and blood cancers. The rise in cancer cases is also due to intake of spicy food, changing dietary habits and consumption of bulk of contaminated food items available in the market. There is massive adulteration in mass consumption food items, which aggravates the problem further. Smoking related tumors have a high incidence in the valley, such as lung cancers. Due to increasing smoking rates in children and young adults, the incidence of such cancers may further rise in near future. The overall incidence of cancer in Kashmir valley shows an increasing trend. Future studies need to be focused on sources and causes of various cancers that may improve our understanding of risk factors for these malignancies in this region and help us eradicating the same”.

News papers and portals published reports in 2021 saying a SKIMS study blamed the growing incidence of cancers to "food habits and life style patterns" as also to the consumption of the high salt content foods. Many dyes, used in industries and sometimes in foods, are also thought to act as human carcinogens. And some of these dyes, like carmoisine and tartrazine, have been found to be used as a coloring agent in many edibles, spices and condiments in Kashmir. In recent years, food contamination and adulteration have emerged as a major issue in Kashmir. Hazardous agents have been found to have been used even in the food products of some major corporate houses. In 2014, this forced the high court to pass serious strictures against them. Naturally as a citizen I have some requests:

Patients of cancer need to be given information about people who defeated cancer with help of medical intervention and counseling like Kylie Minogue to Sonali bndre. Kylie Minogue was diagnosed with breast cancer at age 36 in May 2005, Minogue underwent surgery on 21 May 2005. It has been 17 years now and performs regularly on stage; her regular medical checkups show no signs of recurrence. Mumtaz–heroine of yester years was diagnosed with breast cancer at the age of 54 in 2001. She underwent six chemotherapies and 35 radiation sessions before becoming cancer-free and is living a normal life since then.  One more example is of Cricketer Yuvraj singh.

I am talking of celebrities as they known to all, but real life stories of common persons also need to be presented as motivation for patients. I recently lost my young relative to lung cancer although there was no history of cancer in family, not a smoker, or into drinking alcohol -so as a simple human being, I am requesting everyone from institutions to NGOs to individuals to play their role and do not watch people die due to avoidable causes and update all on Kashmir or Jammu specific research.

(Author is a medical doctor and can be mailed at: arifmaghribi@yahoo.com)