He was a man who had fought all his life to make himself the man he is being missed for, even by those he had least interacted with 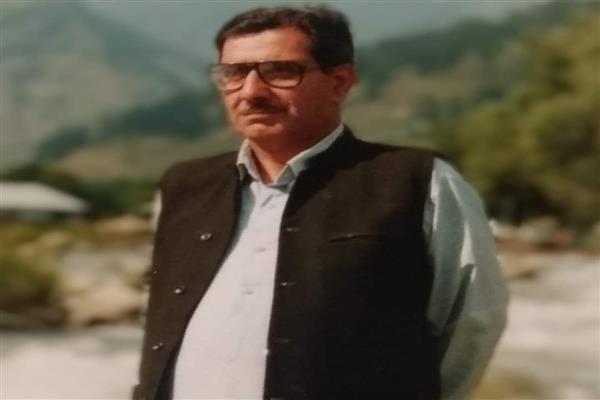 Amid the raging pandemic, in the first week of November last year, my maternal aunt was battling Covid-19 at SKIMS, Soura. Her condition was serious. Being old-aged, she had pre-existing co-morbidities, which included diabetes and hypertension. These made it difficult for her to recover. While she remained in that state, a phone call, at around 4 am, put me in a state of urgency.

"Badaee Papa is no more," a cousin told me over the phone. She was talking about my elder maternal uncle, Mohammad Amin Chowdry. The news triggered the release of all stressing emotions in my body. I was shocked and sad.

I was in disbelief. My cousin was talking about the death of a person who was physically fit and had no serious health conditions. He was a man who had fought all his life to make himself the man he is being missed for, even by those he had least interacted with.

"His presence would make any gathering lively,” said one of his childhood friends. "His demeanour, eloquence, and manner in which he would quote Allama Iqbal got people interested. The power of his message would remain for days."

This image of him has been constructed by the dint of his life's struggle and choices. He started his life in learning, and teaching, and ended in the same way. My Mamu choose to pick up books and school when everybody around him was not interested in education. In the early 1960s, when going to school was still not a tradition followed by masses, his father got him admitted to the Biscoe school, where he completed his schooling. When he finished his graduation, he choose not to take up his father's business and refused two government jobs, one in police as an officer, and another is the Metrological department. He joined as a teacher, after going through the interview, the rear end of his time.

Such was his faith in looking at books to understand the world, that while being in a job, and having children and wife at home, he completed Master's degrees in various subjects. He went to Meerut University where he did his master's in Maths. At Kashmir University, he did his Master's in Physics, and later in Arabic. Among his 19 cousins, he remains the most educated in the family. The newer generations in his family are in diverse fields but they still cannot match up to his personality. He rose to the rank of principal after joining as a teacher. Even after his retirement, he was heading one of the leading private schools in the valley. For many years, he was a core member of a body that manages the shrine of Gous-ul-Azam, at Sarai Bala, Amira Kadal, Srinagar.

Beyond these degrees, his peace of heart was in reading Allama Iqbal. Such was the poet's influence on him that no conversation happened without him quoting Iqbal. His presence was found to be a must in any gathering, professional and personal. His time would either go into teaching, or in his study, or remain connected to his Allah. I don't recall a time when I have seen him away from his life. For the year that he has passed away, he was a miss among us, physically. In memories, he remains alive, and will forever be remembered as a Sufi, who would find solace at the shrine of peer Hazrat Gouszul Azam Dastegeer(RA), and showed us how his presence in life, spiritually, makes a difference.

(The author is a Journalist)