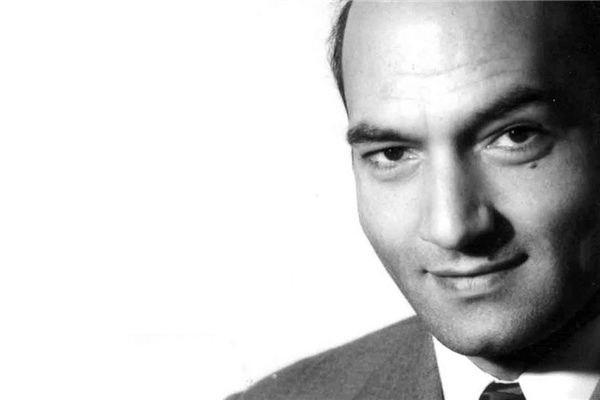 Shariati has analyzed and evaluated religion from philosophical, sociological and anthropological viewpoint in the manner in which others have challenged religion itself. In his view, tracing out the religion of primitives would help, to some extent, to explore the essence/origin of religion. Durkheim, Lierol, E.B. Tylor (1832-1917), Max Muller, Herbert Spencer (1820-1903) and others have adopted similar approaches to study religion in the 18th, 19th and early 20th century. Although these social thinkers have arrived at anti-religious conclusions, they agree that religious beliefs have always been intertwined with human life such as Fetishism, Animism, Totemism, etc. The origin of religion is to be found in 'primitive' societies that manifested simple, fragmented attitudes towards the unseen powers which governed their lives, based on perceptions of the operative powers of such entities as the ghosts.

Contrary to what Durkheim has said, worshipping religious God is not same as worshipping social symbol. The relation of man with religious God is not what is relation of individual with collective soul of his society. It is possible that the relation of individual with his ancestor may be fraught with much praise and adoration, but it is far behind in comparison to one's religious feelings and instincts with relation to God or gods or the unseen sacredness or sanctity. For this, it is not possible that the individual in a society change his religion, but only when religion with collective soul of society are not one and the same thing. Thus, Shariati challenges the theory that Totemism can be considered as a religion of the primitives. Shariati thinks that Durkhemian deter­minism arises due to the failure to recognize the essential nature and essence of human beings. Shariati says:

“I believe all religions were based on monotheism and when, in the course of history, the social system was changed to multi-theism, when the original classless societies were changed into ones with class distinctions and multi-groups, monotheism changed into multitheism.”

Shariati is of the opinion that Marx seeks the easiest way to fight against religion. Instead of referring to the faithful principles and the basic text of a school, Marx prefers to infer on the basis of those superstitious deviations in which common and misled people invest their belief. Hence, in this way, there is no need for research and it would be easy to ridicule, repudiate and negate that special school. Shariati says:

“This shortcut changes his tone, as a 'learned philosopher', into a 'propagatory orator' or a 'sophist politician'. This is not important, because to him, beating the power of religious faith paves the way for the victory of Marxism. In any case, from Marxian point of view, 'end justifies means', although the way of achieving aim, as Lenin states, would be through fighting against religion!' Therefore, it is not strange while Marx, 'a scientific philosopher and dialectician' in scientific combat against religion, substitutes the 'historical and social role of religion' for 'the intellectual and scientific truth of religion' and tends to prove the falsification of it, which is not an easy task, through condemning it.”

Shariati thinks it unfortunate that Karl Marx identifies Jesus with Pope and this kind of argument and inference is vulgar; although unscrupulous propagandist may make use of it for political or quasi­-religious ends. Shariati thinks it vulgar to criticize the weakness and corruption of the religious classes and to infer from it that religious studies are futile.

Shariati agrees with Jung (who explained Freud), as the latter believes in three consciences of man, i.e. conscience, un-conscience or inner conscience and a third conscience which he has named as 'intermediate conscience' or 'social conscience'. Social conscience is a force that gets an individual involved towards society. Running from individuality towards society/class is called social spirit. A Jung point out that ‘social conscience’ is in the very nature of man. But he is unable to explain that why this particular conscience after all springs out in man and what is its philosophical explanation, because this is not Jung's task according to Shariati. Shariati describes that this is the very spring (source) from where the river of religion shoots forth and this effulgence is manifested even to all anti-religionists and Theo-religionists, although its name would not be given as 'religion' or any other thing. It is this aspect of man which has bent him towards different kinds of worship.

Shariati, therefore, opines that roots of a belief be found in the inner core of man's essence. He quotes the famous French writer Charles Montesquieu, (1689-1755) that religion is a spiritual urge; a deep well in the heart of man to be filled with truth, otherwise superstitions shall occupy it. Shariati says, “From the early history we see man in search of finding a way towards spiritual direction, raising his hands towards heaven or fixing his eyes in the eyes of sun, or sitting impatiently near fire and bewildering in aspirations of 'salvation' and making supplication, filled with sincerity and enthusiasm, whispering and murmuring with himself something, in such a situation he sees all sides full of mysteries; from that city he has perceived a gesture of 'light' that with the instinct of this earthly abode finds somewhat alien, he feels this world a shadow of thought that has come from any other heaven”.

Shariati has quoted Biharul-Anwar and referred also Al-Mizan, wherein there is quotation from Hazrat Ali that when he was asked about Zoroastrianism (Majusi), he said that they are people of book (Ahlulkitab). Shariati further mentions that in Greece the 'pseudo prophets' (Shubh-e-Payambran) and teachers of conduct like Socrates and other thinkers emerged in the 4th, 5th, 6th and 7th BC, i.e. only one or two centuries before the above mentioned non-Semitic Eastern prophets.

Thus, to Shariati, the emergence of all these founders of ethical and religious schools at a specific period cannot be reckoned merely a chance. Instead, there should be a sound and important reason behind all this. Shariati points out that economic factor have been responsible behind this development. It is this period when private property ownership came into existence. This individual ownership gave birth to many social evils such as exploitation, injustice, slavery, poverty, servitude and rivalry. It was a historical turning point when the age of the quadrupeds, in which man ate his food from the table laid by nature, changed into the age of private ownership. So when the social evils in reaction of private ownership began to erupt, there emerged a need for a school of conduct and human guidance, so that humanity may survive. Shariati points out that here ownership, culture and ideology have cause and effect relations with each other.