Relationships, Heartbreaks and the “Anima” Projection

The more we know ourselves, the more we save ourselves from unknown/unconscious elements/complexes/alienations 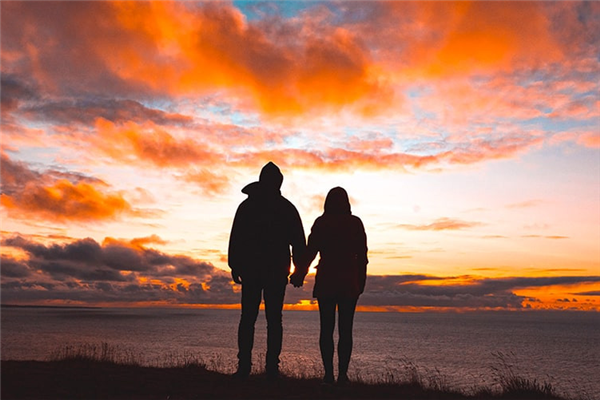 This goes without saying that human being is a very complex multilayered being. Whether it be our body or deep psyche or the Spirit within us, each level of being has its own reality which needs to be understood as much as we can. All Prophets, sages, mystics across all wisdom traditions from time immemorial have advised us that ‘self knowledge’ is the road to salvation. The more we know ourselves, the more we save ourselves from unknown/unconscious elements/complexes/alienations. Alienation from body, psyche, Spirit generates its own corresponding sets of diseases. Self knowledge, on the other hand, leads to de-alienation i.e. cure.

One of the dimensions of the self is our “psyche” which has its own dynamics like that of the body. It has its own psychic energy which influences and impacts us in its own way. Let us give an example before we come to our topic. Say for example a “superiority complex” which is an unconscious “pattern” or “lens” or “disposition” of psychic energy- through which when an individual acts- he/she assumes that they are superior to others. These people actually ‘genuinely’ feel that infact that is the case even though it is a mere delusion created by their own individual psyche (having certain psychological reasons) but they however are under its unconscious possession- unaware of its puppetry.

These people, quite expectedly and naturally, create bitter irritation in other people due to their behavior. Then they get psychologically frustrated simply because the people around them rather than buying into his complex, ridicule him silently which constantly fly at his/her face hinting at his pathology. Only if they, accidently, bump into their own psychic complex (within) by some sort of introspection-would they realize where the dragon actually lies. Ignorance regarding our own “unconscious”, therefore, causes all sorts of “possessions” (a sort of “tasrup” to use kashmiri word) which “unconsciously” drives us or controls us without us being aware. That is why self knowledge (here on the level of psyche) immediately leads to cure/liberation/enlightenment.

Coming to our main topic now; in most cases of relationships followed by heartbreaks, the psychic violence that characterizes them occurs due to unconscious workings of the psychic energy. One of these aspects that we are going to look up in this article is the “Anima” figure in the male psyche (and similarly animus figure in feminine psyche) which has a great role to play in certain terrains of relationships and its aftermath.

“Anima”, in Jungian Psychology, basically refers to the personification of the feminine energy within a man. Biologically, we may say that every man possesses female sets of chromosomes which reflect in certain degree in his morphology but deep down it has a strong psychic presence in every man. “Feminine psychic energy” represents feelings, moods, tenderness, capacity for personal love, owing to its connection with “womb” which represents nature and nurture. Anima therefore, influences man through deep unconscious “feelings”/hunches/irrational sixth sense/moodiness/fixations, etc.

The character of one’s ‘anima’ is largely shaped by one’s own mother as Marie Louise von Franz has noted. The point is that the mother represents the whole world for an infant. This is his most immediate experience of the whole world. Mother introduces the “tone” of the world to the child. To put it in crude terms, if the mother is sort of insensitive or cold (or if the child has wrongly “assumed” so) then it has extremely negative influence on the man by indoctrinating general depressed moods in him. Such men are largely cynical towards life, suspicious of everything and unable to trust life per se. But this negative case, as we may expect, is quite rare. What is more common and which also forms the main subject of our article, is when mother has extremely positive influence on the child. The world, in this case, is introduced to the child as something “loving”- one enjoys being at the centre of attention i.e. child becomes habitual of crying and brooding over and she, for sure, will come to lift him up and love him. This has deepest psychic presence within child and remains unconscious so to speak.

The reason most people suffer terrible heartbreaks, which cripples them from within, debilitates them to the point that nothing makes sense or nothing consoles them, is that they have not yet been able to “consciously” distinguish between the “mother” and the “world”. The world and the girl that one has fallen in love with, so to speak, are not the “mother”. One may hear people suffering from a heartbreak say that “she left me stranded and strangled, I was brooding over and she did not come to wipe off my tears and console me. How could she do that”! This is a deep psychic “habit” and expectation, it is tantamount to a mother forsaking a child, hence such tragic psychic shock and pain takes place. The boy has not fully (down to the level of his unconscious) yet been able to distinguish between “loving mother” and “real harsh nature outside”. One may note that this “unconscious” often surfaces up when people in love call each other “baby”!

The only way to treat this problem & the pain of psychic shock is to simply understand its genesis and true nature. The moment “unconscious” becomes “conscious”, (i.e. when one recognizes where it is coming from), one is instantaneously cured, because it no longer remains “unconscious” which used to exercise tremendous “unknown” control on us (from the dark). Truth sets us free, as old wisdom says, as testified by modern psychoanalytic clinics. Only way to treat these pathologies is through the discovery of “truth”.

Extremely loving experience of this sort of ‘unconscious anima’ makes men into sentimentalists/touchy. They lose contact with reality and this is the typical symptom of this sort of “mother complex”. For example we may see (another example) when such men fail in some exams or some other thing in life, they immediately become sentimentalists to such an extent that they become psychologically ascetic, saying that “hell with people and world, I won’t appear in any exam ever now, I want to go to mountains and live in a cave, this world is not worth it”- this is symptomatic of deep unconscious wish to recede back to the age old comforts of the “womb”. This whole problem arises from the fact that the individual has not “consciously” distinguished between “mother” and the “world” even after leaving childhood and this is exactly what the age old mythological rituals of “initiation” (like that of circumcision and various other rituals which have lost their meaning in modern world) aimed at i.e. beating into the conscious mind of the initiated child- the fact that he is a ‘man’ now- ready to face the world.  The world is difficult; it is not always loving or loyal or predictable or sincere or perfect like “mother”; the struggle of life is part of our existence and realizing that fact makes us proper prepared holistic wholesome real “individuated” individuals.

This has another caveat and that is it also teaches women/mothers on ‘how not to raise a child’ because an overprotective mother tries to protect the child (out of love of course) but too much to an extent that it undermines the child’s own independent skill set which he needs to face the world. It turns a man into a “man-child” or an “old infant”. Kindly read works of Erich Neumann for further elaboration or Jung’s notion of mother complex. Readers can also read Von Franz’s essay “The Process of Individuation” or watch second part of her interview series “The Way of the Dream”.

Here we come to another crucial point and that is the “anima” which represents the inner “perfect” ideal image of the “feminine” within the psyche of the man, gets projected onto outer women on outside. Please note that every human being, in addition to possessing an individual ‘ego’ which defines them, also possesses the full holistic Self, deep within the unconscious which is totality of all psychic energy whether masculine or feminine. Therefore, the consciousness of man, in an attempt to realize the full reality of holistic self searches for its “counterpart”/mirror image i.e. man searches for the “dream girl” of the “heart”.

This explains the sudden “seizure” that happens, popularly called ‘love at first sight’, when someone sees a woman for just ten seconds or so, exclaims oh! I know who she is, she is my ‘soul mate’, it is like I have known her for ages; the man is not lying, it is just that the one who he is talking about is not that girl outside but inner soul-image i.e. the perfect “anima” within. That is why, soon, as time passes, when the man “really” gets to know the girl; when the imperfections begin to surface up, he realizes that it is not what he had initially thought which is followed by psychological frustration and resentment. All this mess builds up simply because he did not fall in love with a “person” but his own anima “projection”. Same applies to women.

This sudden “seizure” by anima/animus projection (a sort of “tasrup”) explains its tremendous power of “fixation”. It is powerful because it is not done “consciously” so to speak but a pathology which has deep unconscious roots and hence such power. Old myths would depict this pathology by showing feminine in the shape of “vampires” sucking out blood of men and that is what happens to them, they literally are “preyed” upon (though by their own projections). It is for this reason “vampire” figures have been a constant presence in many human fairytales (owing to its inspiration from unconscious). Modern cinema, ironically, churns out millions of dollars showing vampire based romance/drama stories not knowing its old mythological essence.

Therefore, the takeaway point is that we should love “people” i.e. real human beings and not our own infantile projections. Violent ends and terrible fates of many human relationships has to do with infatuations about “projections” rather than love for a real human being who is not perfect. Love does not merely need passion (owing to infatuation) generated due to do anima/animus “projection” but rather it needs “compassion” for the other person whilst recognizing him/her as a “person”, knowing his/her imperfections, complexities, naiveties, insanities, frustrations and what not.

Who wouldn’t love fairy like perfect projections? It takes love to love real “persons”. People under the possession of ‘infatuations” actually love their own “feelings” and thus their own selves in the garb of “projections”, rather than the outer person they claim to love, which demands real feeling of “conscious” compassion. The man (under anima possession) is still locked within infantile maternal mode of relationship i.e. “all about me”; he is not in love with the “person” but infact is in love with the feeling of “being in love” i.e. the infantile demand of being “loved” (by mother).

(Author is pursuing Masters in Philosophy at JNU, Delhi. Email at: mugees.kaisar@gmail.com)