Ramadan: The Month Of Blessings

Allah (SWT) Almighty provides great reward for all our good acts of worship during this Holy month therefore, we should do special efforts to pray and keep it up for the rest of the year to raise our level of spirituality 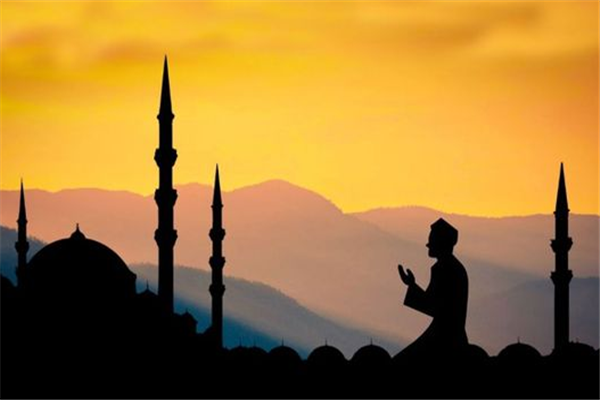 Almighty Allah (SWT) has always shown his kindness, love and mercy toward his creations but there are some exceptional months, days and times which has more importance. Ramadan is also one of those special months in which Allah (SWT) showers his innumerable blessings. It is the ninth month of the Muslim calendar and is also the month when the Holy Quran was sent down from heaven to guide the mankind. It is stated in the Quran that: “Ramadan is the month in which was sent down the Qur’an as a guide to mankind, also Clear Signs for guidance and judgment between right and wrong.” ‘Ramadan is the month whose beginning is mercy, whose middle is forgiveness and whose end is freedom from fire.’ Holy Prophet (SAW)

The religion of Islam is founded on five pillars: faith, prayer, charity, fasting, and hajj (pilgrimage to Mecca). The revelation of the Holy Quran started during this month and it is hence the duty of every Muslim to read and try to learn and understand the meaning of the Holy Quran and by that gain awareness and insight into the Divine secrets. Ramadan brings illumination to the mind and imparts purity to the soul. This month of Ramadan is very special for Muslims across the world especially in this era where we are regularly struggling with the idea of keeping in mind the Remembrance of Allah (SWT) due to complexities of modern day life.

Abu Hurairah (RA) reported that Allah’s Messenger (PBUH) said: ‘When there comes the month of Ramadan, the gates of mercy are opened, and the gates of Hell are locked and the devils are chained.’ In Ramadan the Ummah of Holy Prophet (PBUH) is invited to receive the privileges from Allah Almighty. Every breath taken has the reward of good deeds and Tasbeeh are rewarded in great amount. A person who does not receive the mercy and kindness of Allah (SWT) in this month is most unlucky. The Holy Prophet (SAW) said: ‘O People! The month of Allah (SWT) has come with His mercies and blessings. This is the month that is the best of all months before Allah (SWT). Its days are the best of days, its nights are the best of nights, its hours are the best of hours’.

Allah’s Apostle stated: “Fasting is a shield (or a screen or a shelter). So, the person observing fasting should avoid sexual relation with his wife and should not behave foolishly and impudently, and if somebody fights with him or abuses him, he should tell him twice, ‘I am fasting.” The Prophet (SAW) added: “By Him in Whose Hands my soul is, the smell coming out from the mouth of a fasting person is better in the sight of Allah than the smell of musk.”

Allah (SWT) says about the person who is fasting: “He has left his food, drink and desires for My sake. The fast is for Me. So I will reward (the fasting person) for it”. The blessed month of Ramadan provides a unique convenient time and opportunity for Tahajjud prayer, particularly when the time of commencing the fast is favorable. Allah (SWT) Almighty provides great reward for all our good acts of worship during this Holy month therefore, we should do special efforts to pray and keep it up for the rest of the year to raise our level of spirituality. Quran clearly mentioned in Surah Al-Qadr: In this month, one night (LailatulQadr) is such that it is better and more auspicious than 1000 nights. (AL Qadr:3)

Hazrat Salman (RA) says that the Holy Prophet (SAW ) said on the last date of Shaa’ban, ‘that on you a month is coming , that is a big and holy month; in that month is one night that is better than a thousand months. Allah has made fasting compulsory for this month and made the prayer of night a reward’.

Fasting during Ramadan is one's way to show devotion to Allah (SWT) by refraining from food and drink and other worldly pleasures. Fasting during Ramadan is mandatory for adults except for a few like those who are sick or wounded. Allah (SWT) forgives the sins of the past during this holy month to those who observe it with utmost faith and faithful intentions. Eid-Ul-Fitr, the biggest holiday in Islam is celebrated at the end of Ramadan. Whoever does a good deed in this month to gain the pleasure of Allah and his closeness, earns the reward of a compulsory act done in any other month; and any person who does a compulsory act in this month gains the reward similar to that of seventy compulsory acts done in any other month. This month is for people to gain as much reward as they can and the livelihood and blessings of Allah (SWT) are increased manifolds in this holy month for every believer.

The fact that fasting is compulsory is found in the Quran and that is the key to abstinence. Abstinence is the one thing that stops people from going towards the wrong and encourages them to go towards the right. The real aim of fasting is to make human wishes surrender in front of Allah’s orders. When a person who is fasting abstains from all eating, drinking, and other wishes, then he stays away from other wrong doings also. Instead, most of his time is then spent doing worship of Allah (SWT) or in good deeds. Apart from abstinence, fasting also treats personality issues like self obsession and ego.

The month of Ramadan is collectively auspicious for all Muslims. Fasting in this holy month is not only good for physical reasons, but also gives the message of patience for all living things in this universe. Besides spiritual and physical benefits of fasting, there are also benefits of it in the hereafter like pardoning of sins on the day of judgement. Hadith of Holy Prophet (SAW) narrates that, “Heaven has eight doors, amongst one is called Bab-ul-Riyan from which only those who kept fasts will enter.” Another Hadith says, “Fasting is shield it will protect you from the hell-fire and prevent you from sins.”

(The Author is Nursing Research Scholar. He can be reached on: bandayaabid@gmail.com)