Global climate change not only influences the soil fertility and water holding capacity of soil, but also affects the maize production 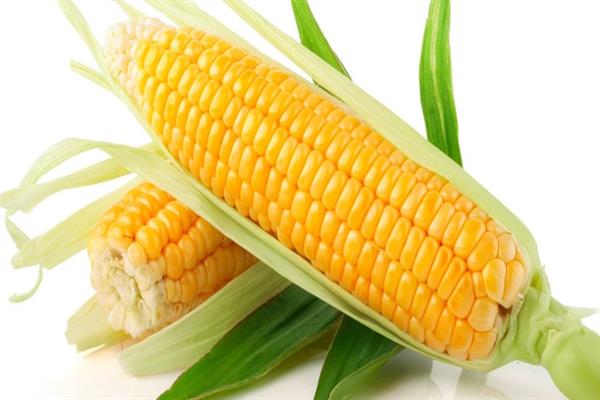 Maize is the one of most important three cereals worldwide. It provides about 30% calories to roughly half of world’s population. Apart from being a source of carbs and protein maize is also a source of micronutrients and phytochemicals such as phenolics, carotenoids (yellow and orange maize), anthocyanins (purple, blue and black maize), phlobaphenes (red maize), dietary fiber and lipids. Maize being an important source of food for humans, poultry and livestock (concentrate) has good amount of protein (9-12%) but is deficient in lysine (1.8-2.6%) and tryptophan (0.2-0.6%) which are less than half of the recommended value for humans. In the 20thcentury, many maize mutants were identified viz. opaque 2, opaque 6, opaque 7 and floury 3 etc. Of all these opaque 02 which is present on chromosome 7 (rest are present on chromosome 8) has received a substantial attention from researchers worldwide.

This recessive mutation in opaque locus increases lysine and tryptophan two folds but is plagued by chalky grain, which is due to linked characters with opaque mutation. This chalky grain renders the kernel useless for normal breads or flakes preparation and also invites several pests on the plant as well as in storage as well as grain breakage during shelling and transit. Therefore, it was not welcomed by farmers and well cannot be considered a true breakthrough finding because of more harm than benefit. In 1992 by Vallegas et al. CIMMYT, endosperm modifier genes that confer hardness and virtuousness to endosperm were transgressed in opaque 02 backgrounds. The resultant maize lines were high in lysine and tryptophan content and were having maize kernels like that of normal maize. This type of maize was accepted and termed as “Quality Protein Maize”.

Worldwide different agricultural research centers have achieved significant progress in increasing the lysine and tryptophan content in the whole grain. Maize varietal improvement and QPM conversion programs, a multi-trait selection procedure using independent selection levels have been employed to increase grain yield, resistance to pest and diseases, accumulate modifiers and improve other important traits in which QPM germplasm is defective. In QPM breeding program, protein and tryptophan analysis in germplasm is an important step (Viveket al., 2008). A broad range of the CIMMYT maize populations have been converted to QPM. This germplasm is reported to have high potential for QPM cultivar development. QPM with high protein quality and grain yield could be accepted by the farmers. QPM germplasm has been widely used for the development of QPM cultivars with high grain yield in African countries. The important problem in QPM breeding is abiotic stresses. Water stress and soil infertility are the most important stresses that reduce maize productivity in developing countries. It inflicts major yield losses in maize in African countries. Global climate change not only influences the soil fertility and water holding capacity of soil, but also affects the maize production.

In India, about 10 % of population in states viz. MP, Nagaland, Assam, Gujrat and Chattisgarh is poor and solely dependent on maize as basic diet.  Substituting maize with QPM is a viable option for ensuring their nutritional requirements. QPM and Animal feed Maize is an integral part of the animal feed used in India and outside. There are several studies where maize has been replaced by QPM as an ingredient of animal feed and encouraging results have been observed in case of broilers, chickens and pigs. In broiler diet, the substitution of QPM for maize at a rate of 60% substantially reduces the need for soybean meal and therefore the cost. Similarly, in an experiment with finisher pigs, less soybean meal was needed to maximize performance in diets based on QPM compared with diets having maize. Beef steers fed on high–lysine maize gained faster weight compared to those fed on normal maize. Thus, QPM can reduce the cost of animal feed by decreasing the expenditure incurred on more expensive high protein sources.

QPM hybrids are usually lower in overall yield as compared no normal maize hybrids because a large chunk of assimilates is used in synthesis of quality protein i.e. reduction of zein component to enhance globulins for increase of lysine and tryptophan. Therefore, it is important to convert elite maize lines to QPM inbreds through backcrossing after crossing with a suitable o2 donor parent to tap the yield potential of elite parents along with high lysine and tryptophan. This process requires 5-6 backcrosses. To overcome this issue, biotechnological intervention for rapid selection and generation advancement is required.

In maize growing areas there are a number of varieties, landraces and hybrids are grown. Quality protein being a kernel trait can be subject to xenia effect as maize is highly cross pollinated crop. It loses its quality protein ability because of foreign pollen. Controlled/isolated pollination in crop fields is nearly impossible. Therefore, it is required to grow QPM varieties or hybrids in those villages where no other variety is grown and 300-500 isolation is assured. It is a very impractical possibility at the farmer’s level. Framers and government is not interested in QPM because of possible erosion of QPM trait and low yield. Thus consolidated efforts are required to aware the populace and government about the lacunas here. To overcome these bottlenecks, private companies and public sector research centers and universities should devise such projects, which enable to convert backgrounds of available elite genotypes to high yielding QPM backgrounds, which are at par in yield with normal maize hybrids. This way a large number of villages or districts can be supplied with their choice of synthetics and hybrids with off course QPM gene.

When a large area is covered by QPM varieties in entirety, no question of non-QPM pollen arises. Also if a QPM yields around 9 tons per hectare which is at par with best Indian normal maize hybrids, yields are also not a problem. This can only be achieved through mass conversion of lines and subsequently efficient extension strategies for awareness, adoption and supply of QPM seed. Another intervention that government can do is bring QPM products in mid-day meal scheme. Government can procure QPM cobs from public sector stations as well as private companies and employ R&D to develop ready to eat products similar to corn flakes for children in government schools. This approach will enhance the popularity of QPMs in general farming sector as well as cover the nutritional security aspect of food security programme. Also public sector research shall be incentivized and guided to transfer QPM gene/character into sweet corn. So that preserved QPM sweet corncobs may be supplied to schools which can be eaten just by boiling in water. It will add as a luxury delicacy in mid-day meal of school children and also look politically and socially uptown.

Box: In India, about 10 % of population in states viz. MP, Nagaland, Assam, Gujrat and Chattisgarh is poor and solely dependent on maize as basic diet.  Substituting maize with QPM is a viable option for ensuring their nutritional requirements