Promoting Kashmiri cuisine in US 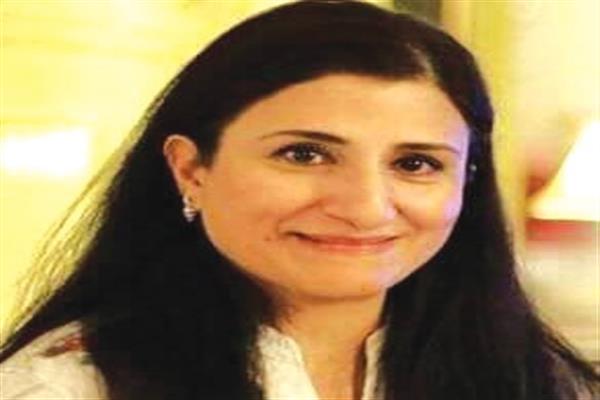 With her settlement in Los Angeles (LA) as a software developer, Uffaq Mattu quit her job in a short span of time only to promote the Kashmiri cuisine across the United States (US).

The 47-year-old Kashmiri woman, settled in California LA nearly 14 years back, Mattu was always fascinated by the food and used to experiment different cuisines.

Mattu says that before settling in LA, she had no plans to start delivering Kashmiri food, but the rich food culture of Kashmir prompted her to start the business.

“I was doing a job in LA as a software developer and for me there was no reason to leave my job in LA. However, the Kashmiri food and tradition compels me to quit the job to promote the different Kashmiri cuisines across the US,” she said adding “Everybody at my home used to call me Uffi and when I started the WhatsApp group for delivering Kashmiri cuisines, I named the group as Uffi’s Kitchen,” she said.

Mattu said, “My husband has been supportive, he supports me and encourages me to pursue my business and promote Kashmiri food in the western countries.”

She says that in LA, Uffi’s kitchen has become a brand name now.“Uffi's Kitchen till now has shipped food to almost 50 States in the US and now has a base of hundreds of customers, which includes Kashmiris, Pakistanis, Indians and also Americans,” she said.

Mattu said, “Uffi’s kitchen doesn’t have its physical outlet but whenever I have some big catering orders, I used to take the kitchen on rent wherein me and my workers cook the Kashmiri foods.”

However, Mattu dreams of opening a Kashmiri restaurant in LA which could promote the rich food of Kashmir.

Mattu said that when she got a good response, it encouraged her to expand the business and ultimately the Kashmiri culture. “I am now fully concentrating on the Uffi’s Kitchen,” she said.

Besides the total number of Kashmiri customers, more than 12 percent of the clients are the residents of LA and other states who order Kashmiri food from the Uffi’s Kitchen.

“Not only residents, many locals of other countries also order food from her outlet,” she said.

On an average, Uffi’s Kitchen delivers 20-25 packages of big boxes to different families. The Harrisa made by Mattu, especially during winters, is more famous than any other cuisine across LA.

“This winter season, I have delivered more than 400 Kilograms of Harisa not only to the Kashmiri locals but to the people of other nationalities as well,” she said.

Mattu says, “There are restrictions to ship the order to other countries but I am trying to ship it to Canada also. I am trying to ship the Kashmiri pickle and Harissa in bulk to other countries also, where I am getting a number of orders from the Kashmir’s who are settled out there. We will have our own distributor out there.”

In LA, Mattu has seven workers from Mexico City who are helping her in the kitchen. “I oversee everything. Whenever I am out of the kitchen, I prepare a proportion of ingredients for Harissa. Rest, whatever physical work is required to cook the Wazwan, my workers do it,” she said.

Mattu says that when she came to the United States fourteen years back, she found every type of food available in LA but the Kashmiri food was nowhere to be found.In most of the western countries, very few people know about Kashmiri food.

On asking how the idea of delivering Kashmiri Wazwan in LA California came into her mind, she said, “Initially, when the Kashmiri community in LA used to meet on the festivals like Eid, the Kashmiri people residing out there loved the Wazwan which I used to cook.”

They encouraged me to cook for them and other people and that’s how I started delivering the different Kashmiri cuisines, she said.

Mattu said, “Nobody in LA had an idea about the rich food culture of Kashmir. Then and there I decided to promote our cultural food Wazwan and Harissa.”

After serving the traditional cuisines to the Kashmiri locals, she started promoting the culture and cuisines in many states of the US. “In 2016, I started delivering different Kashmiri foods like full Wazwan, Harisa, Kashmiri pickle and Kulcha through a small WhatsApp group,” Mattu said adding “from the past six years, delivering the food has turned into a full-fledged business where I deliver our traditional food not only to the Kashmiri but to the Americans also.”

Since 2018, Mattu has been delivering food across the US. “In almost all of the marriages of Kashmiris that took place in LA, I have delivered Kashmiri Kulcha to all of them.”

“For the marriages that are scheduled for next year, I have already received many orders of Kashmiri foods,” she added.

On an average, she delivers Wazwan and Kulcha for fifteen weddings annually.

In 2021, the business was a bit down because of the COVID-19 as the government in LA had imposed restrictions on social gatherings and because of that many weddings were either postponed or observed with a very small gathering.

Mattu said this year so far the business has been going very good and smooth.

A computer engineer by education, Mattu is living there with her husband and three kids.