Productive Insects: A Source of Safe and Sustainable Food

Productive insect farming is a new agricultural activity, and recently the beneficial insects are considered fifth input in Agriculture production in India 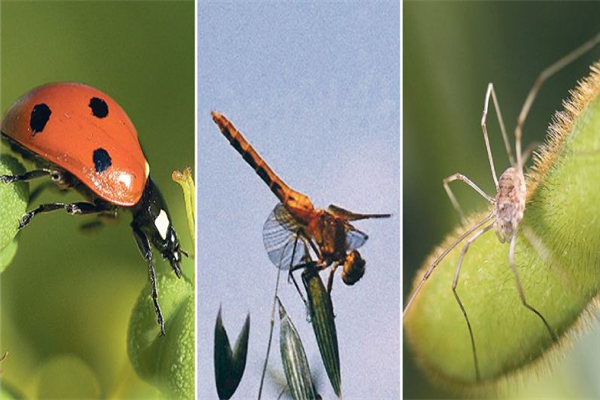 Insects are the most abundant organisms on earth comprising up to 70% of all organisms. They are an integral part of our ecosystem and contribute in the global food production. Around 35% of global food production benefits from insect pollination. Productive insects are also known as beneficial insects which includes honeybees, silkworm and lac which are adapted to the local environment. The main products obtained from beneficial insect includes honey, silk and shellac. The conservation of these insects is generally easy and cost-effective as well as essential for the welfare of mankind. In this regard it has been emphasized to observe the whole week (May 16-22, 2022) as 'Productive Insects Conservation Week' with Lac insect day on May 16, World Bee Day on May 20 and International Biodiversity Day on May 22 for   Productive insect farming is a new agricultural activity, and recently the beneficial insects are considered fifth input in Agriculture production in India.

Lac insects are exploited for their products of commerce, viz. resin, dye and wax. Cultivation of lac not only provides livelihood to millions of farmers. Lac insect occurs in most parts of India. Not long ago, cultivation of lac was carried out practically throughout the country. Shrinking economic returns from lac cultivation due to varied reasons and changing socio-economic conditions have, however, eroded the area under lac cultivation as such its cultivation is now restricted only to certain pockets of Jharkhand, Chhattisgarh, West Bengal, Orissa, Maharashtra, Madhya Pradesh and Gujarat. Punjab, Jammu & Kashmir, Rajasthan, Karnataka and Tamil Nadu earlier contributed significantly to national lac production, but now their share is almost negligible. As a result, many species of lac insects reported from these places have either become extinct or are in the ‘waiting list’ of extinction.

There are vast untapped areas, which are ecologically favourable for lac production in the country. These areas possess the potential lac host plants which if exploited properly in scientific and systematic manner will enhance the lac production. Natural occurrences of lac insect, locally called as korh in J&K is well established particularly on ber plants. It is pertinent to mention that lac was found abundantly before 1947 and people used to collect and sell it commercially. Interestingly, the UT is bestowed with ample of lac host plants, therefore its cultivation can be revived for the benefit of farming community of the region by scientific cultivation through systematic intervention. IINRG is actively engaged in addressing the objective of enhancing lac productivity and production through transfer and adoption of proven technologies by interfacing research, development and extension. Small scale multi locational field trials in collaboration with IINRG at Jammu region has indicated that J&K could act as a vital centre for revival of lac cultivation with highest yield of brood lac.

Moreover, in view of fast shrinking area of lac cultivation elsewhere in the country, the region has been earmarked as a “green area” for conservation of biodiversity of the lac insect ecosystem. Since, the existing flora and fauna associated with lac are inextricably linked to the fate of lac cultivation, economic importance of host plants which could be exploited for commercial production of lac needs to be realized. Based on ground realities, it has been realized that the vast area of Jammu region (Jammu, Kathua and Samba districts) i.e., southern plains of Jammu region known as kandi belt (Rainfed areas) are bestowed with lac host plants viz., Ber, Palas and Ficus. Therefore, it warrants cultivation of lac on commercial scale through large scale demonstration and extensive training programmes for the rural people of the area as well as extension workers at frequent intervals. Mass awareness through on-farm trainings at Zonal or district levels will not only enable the potential growers to take up this venture on regular basis but also upgrade the skill of the existing work force for entrepreneurship development.

Similarly honeybees are the most useful insects that preserve the biodiversity through pollination and about 70-80% pollination is achieved by bees only. Because of bee pollination many plant species survive on earth and it also provides best quality fruits and crops to human beings. Some of the most important products from honey bees are honey, bees wax, royal jelly, propolis, bee pollen. Since, bees play a vital role in protecting natural biodiversity, we need to save and conserve bee population by protecting bee habitats by planting more bee- friendly flora to conserve their natural habitat. In cities bees are conserved by avoiding the unnecessary use of pesticides on bee hives.

Sericulture involves the rearing of silkworm, collection of cocoons, reeling of raw silk from the cocoons and availability of mulberry trees from which fresh leaves can be obtained to feed the silkworms. Sericulture is considered as an age old vocation. J&K has enormous potential in sericulture or silk production. Commercial sericulture can really empower the farmers of J&K by increasing their income and employment. J&K is one of the leading silk producing territories in India. In J& K there are around 2,800 villages where the sericulture is considered as an important activity for the farmers. In J&K there are around 7 lakh mulberry trees out of which 53 per cent are available in Jammu region and 47 per cent in Kashmir region. Approximately 6,680 quintals of raw silk worth about Rs.50 crores is produced annually in J&K. J&K is the only territory in the country which is at the same altitude in which leading biovoltine sericulture countries of the world lie. J&K is bestowed with the conducive atmosphere to produce the biovoltine silk. Sericulture is the traditional cottage industry in J&K. J&K produces high quality biovoltine silk comparable to the international standard. Sericulture can help to improve the economic condition of the rural people of J&K.

The conservation of these productive insects leads to the maintenance and protection of the natural biodiversity. Many lac insects and associated fauna have become endangered where lac cultivation has been abandoned or habitat destroyed. Promoting and encouraging lac culture will not only check environmental degradation but also conserve associated fauna and flora for posterity. In honeybees Colony Collapse Disorder (CCD) is the sudden die-off of honey bee colonies. CCD threatens not only pollination and honey production but, much more, this crisis threatens to wipe out the production of crops dependent on bees for pollination. So conserving bees includes land management activities such as allowing wild species of plants to grow at field margins, building of natural habitats for various invertebrate species. Silkworm genetic resources conservation team is conserving more than 540 races of genetic resources.

There are so many reasons why we need to conserve the wealth of insect species which are sharing our planet, some of the reasons are as our own survivability and our economy totally depends on the insect species. Most of the insects require a little space to survive, so by converting 10% of the lawns as insect habitat could significantly results in insect conservation.  By growing native plants we should conserve the native insect species as they get their natural food as well as habitat. Pesticides often harm non target species so these should be used in such a way that they do not leave any toxic effect to the natural insect species. Use species specific pesticides only. For example pesticides sprayed on mulberry leaves will deteriorate the leaf quality which when fed to the silkworms cause toxicity.

Most of the people are unaware of the beneficial insects so they have negative perceptions of insects. Efforts should be taken to spread awareness about the benefits of insects as they are pollinators, physical decomposers, bio control agents etc. Majority of the nocturnal insects are attracted to light and it will act like sensory traps for them that can kill insects sometimes. In some cases light also reduces the reproductive rate of insects. To conserve insects, lights should be turned off near insect habitats. Make people aware about the benefits of insects through formal or informal teaching and discussion.