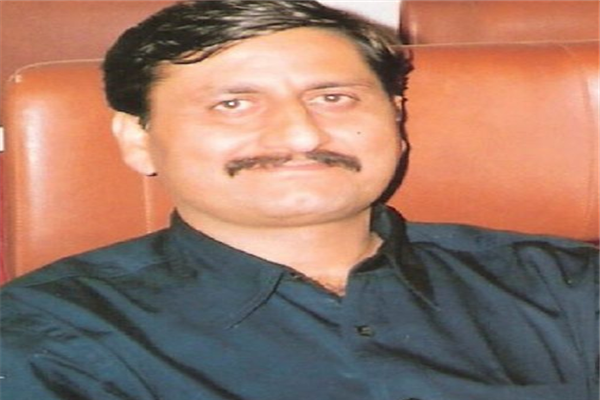 The election results of the five states that were declared last week have a variety of electoral, social, administrative and political message at the respective state level. But the most important and significant import of the election results is fundamentally political and has an encompassing impact at a national level. There can't be two opinions regarding the fact that the victories of the winning parties in these elections are not only convincing but also in many ways record breaking. However, the analysis of the results need to be seen more from a futuristic angle than from the present context of the elections only.

The first note regarding the import of the results suggests that the one-time biggest and largest national political party, the Congress is leaving its space to the other political parties, slowly and steadily. Since the decline of the party (excepting in Punjab) isn't abrupt and sudden, therefore the transfer of its vote share is almost permanent in nature. It will need a miracle for the party to bring its share of votes back in future.

The Congress, in most of the states in India, where there are more than two or three political parties in the fray, has receded to third, fourth or fifth position. These results have further confirmed this fact, particularly in UP. In the biggest states of India, like UP, Bihar, WB, Maharashtra, Tamil Nadu and the erstwhile Andhra Pradesh (now Andhra and Telangana) the Congress has lost its premier position in politics. It has been converted into an insignificant factor that can be easily ignored by any kind of political dispensation.

The irony is that these six or seven states constitute a major chunk of the members of parliament, one-half of the total strength, that shape and reshape the present and future of India and the Congress has lost its role and relevance in this regard. In short, the Congress party has virtually no hope in all these major states in the present circumstances. The states in which the Congress is in direct or near direct fight with the BJP, like MP, Gujarat, Rajasthan, Karnataka, Chhattisgarh, Haryana and Assam, its fortunes are very dim keeping in view the record of the past elections, the current situation and the internal dynamics of the party.

It is the compound of ideology, intent of public welfare, performance, deliverance of promises and leadership that shape the vote share of a political party in the present day India. The vote share determines the seats in the legislatures and the seats provide the placement of a political party in the available socio-political scenario. In all these spheres, the Congress has failed and touched its near nadir. From a whooping 40% plus vote share it is currently at around 15% plus share nationally.

While BJP replaced Congress in terms of vote share, seats, stature and position completely in the national socio-political scenario, the Congress was/is unable to take the position of BJP in the opposition camp. Neither are the other opposition parties willing to be inspired or led by Congress. The leadership and ideology of the Congress is simply incompatible with the India of 21st century and this was proved in the elections and their results on 10th March 2022.

The BJP has taken over at an all India level, ideology wise, leadership wise and performance wise. The people of India through these elections reposed their trust and confidence in the astounding leadership of the PM Narendra Modi and his performance. Negative campaigning against the BJP and also Modi-Yogi factor didn't work since the voters were by and large satisfied with what the governments led by BJP or NDA did for the last five years in particular.

It is also a fact that the Hindutva ideology worked to the benefit of BJP, but it was presented before the people always more as the civilizational and cultural representation of the past, present and future of India than as a mere religious denomination. BJP's credentials in the capacity of the custodian of law and order were endorsed by the people. Equally the role played by the governments of the states and of the centre during the pandemic period was applauded. The implementation of the central schemes in regard to housing, gas supply, Ayushman Bharat, Jan-Dhan yojana, Jan-Auyshadi Kendras, Shram-card, free ration during the Covid19 conditions, free vaccination and respecting the farmers aspirations in addition to the direct payments to the stakeholders by the government/s have an overwhelming impact on the minds of the people.

Nehruvian India is surely a past and has absolutely no connect either with our changed present or the emerging future. People in India have by and large liberated themselves from the pseudo-secular political ideology of the past. Neither are they having any interest in the left-liberal sort of politics. BJP's outcry and outreach  in terms of 'sabka sath, sabka vikas, sabka vishwas' has gone deep into the minds of the people over the last eight years. All regional political parties and politico-social coalitions find themselves unequal to the task of challenging BJP in its current form and manifestation.

It is a foregone conclusion that the things that were done with commitment over the last eight years by the BJP/NDA government, politically and constitutionally, could be rolled back in future. Whether it is the CAA, abrogation of Article370/35A or the Triple Talaq Bill, all are now a permanent feature of the recognised national agenda. Moreover, certain additional political moves regarding Uniform Civil Code and Population Control Bill are waiting for their turn and opportune time to have their constitutional form. The ideological thrust of the BJP in regard to all national issues has received an overwhelming support, undoubtedly, closing all chances for the Congress to rejuvenate itself. The recent results of the elections have clearly reinforced this view.

Having said this, the results also convey a very strong message. These results will further consolidate the national psyche leading to galvanise the political atmosphere for the BJP to take forward its agenda of cultural nationalism, zero tolerance against terrorism, corruption free administration and development. The preparations for the next Assembly elections due in the states like Gujarat, HP and J&K will be facilitated by the outcome of these elections. The BJP party cadres will also surely be inspired by the political import of these results.

The PM in his speech at the BJP headquarters in Delhi on 10th March also referred to the 2024 general elections for the Lok Sabha. It speaks of confidence in the decision making capability of the people keeping in view the recent results. This is truly the biggest asset of a leader of the stature of the PM. For all practical purposes, the campaigning for 2024 has begun.