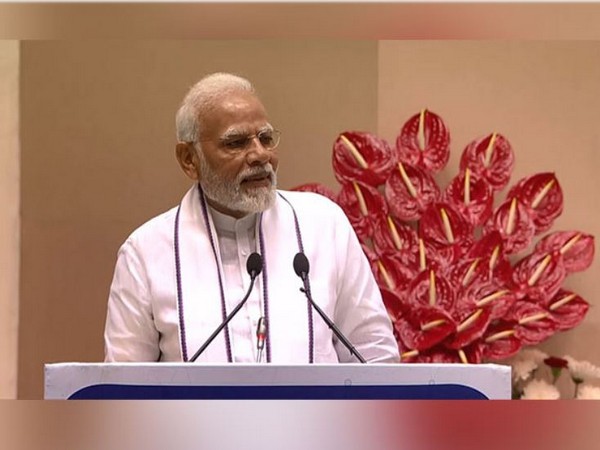 "Tributes to the brave Shyamji Krishna Varma on his Jayanti. This fearless son of Maa Bharti devoted his life to freeing India and furthering a spirit of pride among our people. Sharing a speech of mine in which I have spoken of his greatness," tweeted PM Modi. Born in Gujarat, Shyamji Krishna Varma was a freedom fighter who founded the Indian Home Rule Society, The Indian Sociologist and India House in London. He was a barrister in London and was later barred from practising for being critical of the colonial government. Varma also taught Sanskrit at Oxford University.

In terms of official visits, PM Modi will visit Himachal Pradesh on October 5 where he will inaugurate the All India Institute of Medical Sciences (AIIMS) in Bilaspur as well as lay the foundation stone of projects worth over Rs 3,650 crore.

According to Prime Minister's Office (PMO), AIIMS Bilaspur constructed at a cost of more than Rs 1470 crore, is a state-of-the-art hospital with 18 speciality and 17 super speciality departments, 18 modular operation theatres and 750 beds with 64 ICU beds.

The Hospital has also set up the Centre for Digital Health to provide health services in the tribal and inaccessible tribal areas of Himachal Pradesh.
Also, specialist health services will be provided by the hospital through health camps in the inaccessible tribal and high Himalayan regions like Kaza, Saluni, and Keylong. The hospital will admit 100 students for MBBS courses and 60 students for nursing courses every year.

"Prime Minister's vision and commitment to strengthen health services across the country is being showcased again through the inauguration of AIIMS Bilaspur. The hospital, whose foundational stone was also laid by the Prime Minister in October 2017, is being established under the Central sector scheme Pradhan Mantri Swasthya Suraksha Yojana," PMO said in a statement. (ANI)