Place on record vision plan for Sonamarg: HC to SDA 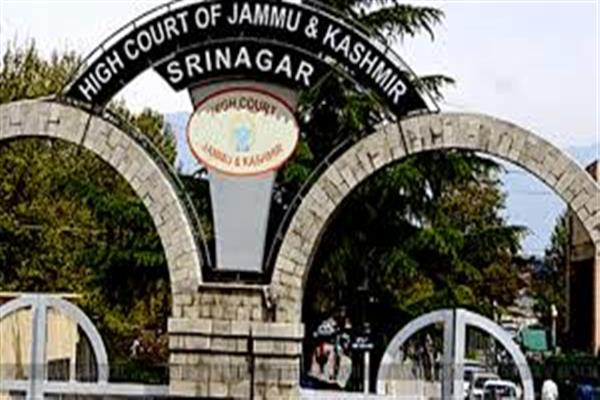 Srinagar, Aug 09: The High Court of Jammu & Kashmir and Ladakh has directed Chief Executive Officer, (CEO) Sonamarg Development Authority (SDA) to place on record a vision plan for Sonamarg along with the affidavit indicating the development work so far done by the authority.

A division bench comprising Chief Justice Pankaj Mithal and Justice Wasim Sadiq Nargal also directed the CEO, SDA to place on record the Master Plan of the Sonamarg.
Hearing a suo-moto Public Interest Litigation (PIL), the bench directed the CEO SDA to explore the possibility of using wooden fence, hedges and plantation of trees which are all environmental friendly to demarcate the various Meadows and the boundaries of the various properties instead of using steel and iron barricades or fencing.
The bench passed the directions after government counsel, Illyas Nazir Laway, representing SDA sought time to file affidavit to bring on record the major development works completed by the SDA and the Master Plan of the Sonamarg.
Meanwhile, the court noted that the Deputy Commissioner, Ganderbal, was directed to file response to the application seeking permission for constructing an Indoor Swimming Pool, Gymnasium and SPA for Hotel 'Snow Land' in Sonamarg.
The bench underscored that Deputy Commissioner Gamderbal was given three weeks time to explain certain things specified in court order issued on October, 20, 2021.
"But till date no such response has been filed," it noted.
On October, 20, 2021, the bench had asked the Deputy Commissioner, Gamderbal to explain the reasons why the application was not considered within the stipulated time.
"And, in case it has not been so considered whether the application stands deemed to be allowed and, if so, why the applicant is not being permitted to undertake the construction work," the court had asked.
The court had passed the direction in an application by Farooq Ahmad Hafiz, who had applied for seeking permission for constructing an Indoor Swimming Poool, Gymnasium and SPA for his Hotel 'Snow Land' in Sonamarg, district Ganderbal.
The application was considered by the SDA and placed before the Chairman, Building Operations Controlling Authority (BOCA) but till date the BOCA has not considered the said application so as to convey the grant of permission or refusal of the permission.
The counsel representing the applicant had submitted that in view of Regulation 5 of the BOCA read with Regulation 7 of the Regulations of 2001, the permission is deemed to have been granted but even then the petitioner is not being allowed to undertake the necessary construction work.
In this regard, the court granted further three weeks time to government counsel to file response and fixed the matter for hearing on October, 07, this year.
In a previous hearing, the court had warned that it would recommend the government to wind up “authorities like SDA" if they could not take any development work.
“If authorities like Sonamarg Development Authority are not in a position to take any development work, the Court will recommend the government for winding up of such authorities as there is no use to keep the white elephants only for the purposes of siphoning of public money,” the court had said.
The bench had asked the CEO, SDA to come out with a “whitepaper” on the development work so far done by the authority and the action plan drawn for future development.