Physiological disorders and their management in crops 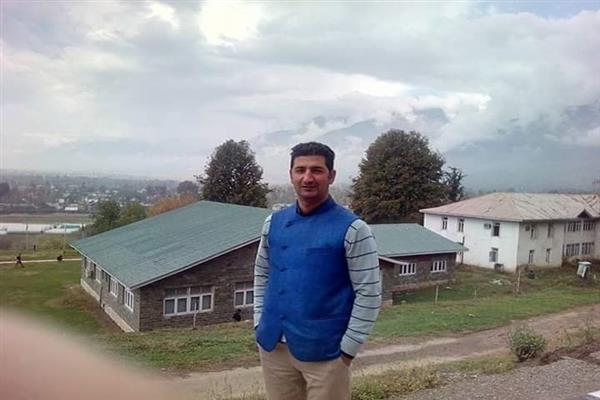 Due to imbalance of macro or micro nutrients, unfavorable environmental conditions or poor growing conditions malformed changes take place in flowers due to poor growth and development which is not suitable for marketing is termed as physiological disorder. In other words we can say non-pathogenic problems due to poor cultural practices, mismanagement, nutritional deficiencies, and adverse climatic conditions for growing cut flowers reduce the consumer acceptability and costs huge loss to producer. Cultivating flowers on scientific lines is important and for this reason management practices and production module plays an important role. Deficiency disorders reflects nutrient deficiency where as others are related to environmental and growing conditions.

Balance of macro and micronutrients plays an important role in quality produce. Optimum nutrients play an important role in growth and development of plant. C, H, O, N, P, K, Ca, Mg, S, Fe, Cu, Zn, Mn, Bo, Mo, Cl, Co and Ni are 18 essential elements including macro N, P, K, secondary Ca, Mg, S and micro(iron, manganese, zinc, copper, boron, molybdenum, chlorine, cobalt and nickel. These all are essential for plant growth and development. Mineral nutrition plays important role in crop production.One nutrient influences uptake and utility of other nutrient.Attractive colour, shape, size and foliage of the plants are the parameters of quality flower and to achieve this mineral nutrition and its optimum dose plays an important role. Three concepts are important to understand including  theincrease in growth rate increases with increasing nutrient supply  (deficient range where the response is linear), maximum growth rate  unaffected by additional nutrient supply (sufficient range) and  the fall of growth rate and response becomes negative (toxic range). It can be understood by the following examples:

Structural role being the constituents of carbohydrates, fats and plays  a key role in providing energy for growth and development in plants.

Its deficiencycauses severe disruption of metabolism and development causing abnormalities. Leaves are abnormally small with sharp petiole angles, small twig diameter and early flowering are some of the other symptoms of phosphorus deficiency.

Involved in the movement of carbohydrates, stomatal opening.

Imbalance of Photosynthesis and respiration and Physiologically K-deficiency results collapse of chloroplast and mitochondria.

It is commonly a major cation of the middle lamella of cell walls of which calcium pectate is a principal constituent and Provides mechanical strength to tissue.

Constituent of chlorophyll .Plants absorb it  in the form of Mg++ ion.

Sulphate SO-4-) ion and small amount as SO2 absorbed through leaves.

Responsible for activation of  decarboxylase, dehydrogenase and oxidase enzymes and symptoms  include  chlorotic spot , necrosis of young leaves.

Present in nitrogenease, nitrate reductase enzymes, essential and symptoms include  deformation of leaves.

Essential element as far as nitrogen fixation is concerned.

Essential element as far as functions of several enzymes is concerned.

Zn,Cu,Fe, Mn and Bo are available to plants in soils  from acidic to neutral  pH but 60 to 70 percent of  Indian soils possess pH above  7  I,e alkaline soils where as  Iron and manganese are pH sensitive. This indicates that pH of soil plays an important role in absorption of nutrients and subsequent utility by plants.

Organic matter  of soil plays an  important role in proper growth and development of plant.In this connection use of compost for enriching soil  is  important as most of  India soils are  low in organic matter (less than 1 percent).

Soil texture plays an important role in availability of nutrients to plants. This can be understood by the concept of Coarse textured soils and  high rainfall which induces  boron deficiency leaching. Zinc deficiency is prevalent in  sandy soils.

Hard soils induce manganese nutrition, excess moisture  induces iron deficiency as it causes poor aeration. This indicates that moisture in soils should be optimum so that mobilization of nutrients is ensured.

Pest and disease in root

When roots are damaged by an means or pathogen Iron deficiency is induced and causes poor growth of plant,

Zinc and manganese deficiencies are induced in low temperature and at the same time  iron deficiency is caused due to high temperature .