Panzath Nag: A destination of 500 springs 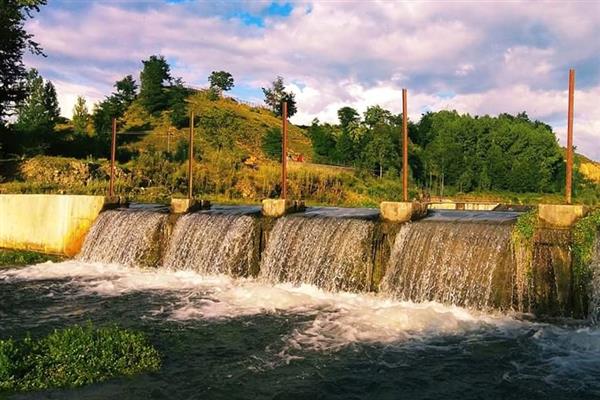 In the gateway of Kashmir town - Qazigund, a spring that grabs the attention of locals on the festive occasion of Eid and falls short of visitors rest of the calendar year requires official attention. The spring (Nag) and its natural beauty don't have any parallel in town. It doesn't have a single spring and beneath that flows a stream but, five hundred springs lie ahead of it. The crystal clear water quenches the thirst of 50 villages and irrigates the land too.

Panzath Nag, a 3-minute drive from the main town Qazigund is a salubrious place for tourists and locals. And it's the first tourist destination on entering Kashmir through the new Qazigund - Banihal tunnel. Panzath a transmogrified name of Paanch Haath, meaning five hundred is the name derived from these very mythical uncounted springs. Pertinently, the name of " Panzath" has come from the ancient chronicle as well. The well known book Rajtarangrani by Kalhana has a mention of this spring (Pancahasta), in the Pargana (revenue unit) Devsar.

The 500 springs lie in between 1 - 1.5 kilometres of distance, starting from, Satrashi a locally called name to Nagbal Nag.

"The last spring is at Zirayat Sheikh Aftab Sahib. And the depth of this spring is unknown, as so far nobody has measured it, it is still a mystery," says Abdul Salam Wani, the local Auqaf Committee President.

He said that the water flows from Satrashi and on reaching the Nagbal spring, it takes a shape of a river called Panzath Nag. Though nobody had so far counted the springs, it bestows more water than any spring in Kashmir, he added.

The Kashmiri and Trout fish is visible in the spring and there is no artificial interference. "The current status of spring is, it doesn't have anything to persuade people and its banks are polluted," Wani added.

In 2017, Deputy Commissioner Anantnag along with Tourism officials visited the area and the locals pleaded with them to take note of the dying spring. "However, a small park was established, stopping pollution and further up-gradation still awaits a signal from the center," Wani added.

The Jal Shakti department is equipped to supply water from the origin of Panzath spring to around two dozen hamlets in the Qazigund town. The villages include Vessu, Damjan, Sangran, Nussu, Badragund, Bonigam, Yarhole, Babapora, Nawa, Drinen, Panzath and Wanpora. “We supply around 1.8 million litres of drinking water to these villages per day,” said Mohd Shafi, Assistant Executive Engineer Jal Shakti Qazigund. The department has built a dam, some years ago, to make sure we supply uninterrupted drinking water to these villages, Shafi added.

It is the source of water for the agricultural purpose to around 50 villages. The rural areas mostly rely on agriculture practice and this spring is a boon to them. "In case, we continue to pollute this spring we will lose all hopes of drinking water as well as irrigation to land," says Umaisar Gull, a local and a journalist. Through different canals from Springs, locals irrigate the land and quench their thirst, its preservation is equally important. "We must take it seriously and make sure we don't lose the spring too," Umaisar added.

On the bank of spring is a wonderful hatchery established by the J&K Fisheries Department. The hatchery is famous for Rainbow Trout production. The sale and rearing of fish takes place there. The hatching farm entices people and beautifies the natural resort - Panzath Nag.

Speaking with Rising Kashmir Director Tourism Kashmir, G N Itoo said, “the department in past have constructed a park on the bank of spring and has almost covered the boundaries of spring with edge walls in phase-I. Under phase-II the department will make, a Japanese Bridge, Pedestrian walkways and Gazebos (shelter shed) for visitors and its work will start in April this year.”

It is pertinent to mention here that, the Panzath spring will now be under the Verinag Development Authority (VDA) and to further beautify it and attract more tourists to this resort they have submitted a project report to the government and its approval is pending, Wani said.

Kaiser Ahmad, a shopkeeper on the bank of spring said, it will boost our livelihood and the local business. "Hope that VDA takes it up at the earliest and Panzath Nag will be a new tourist destination like Verinag or any other resort," he said.