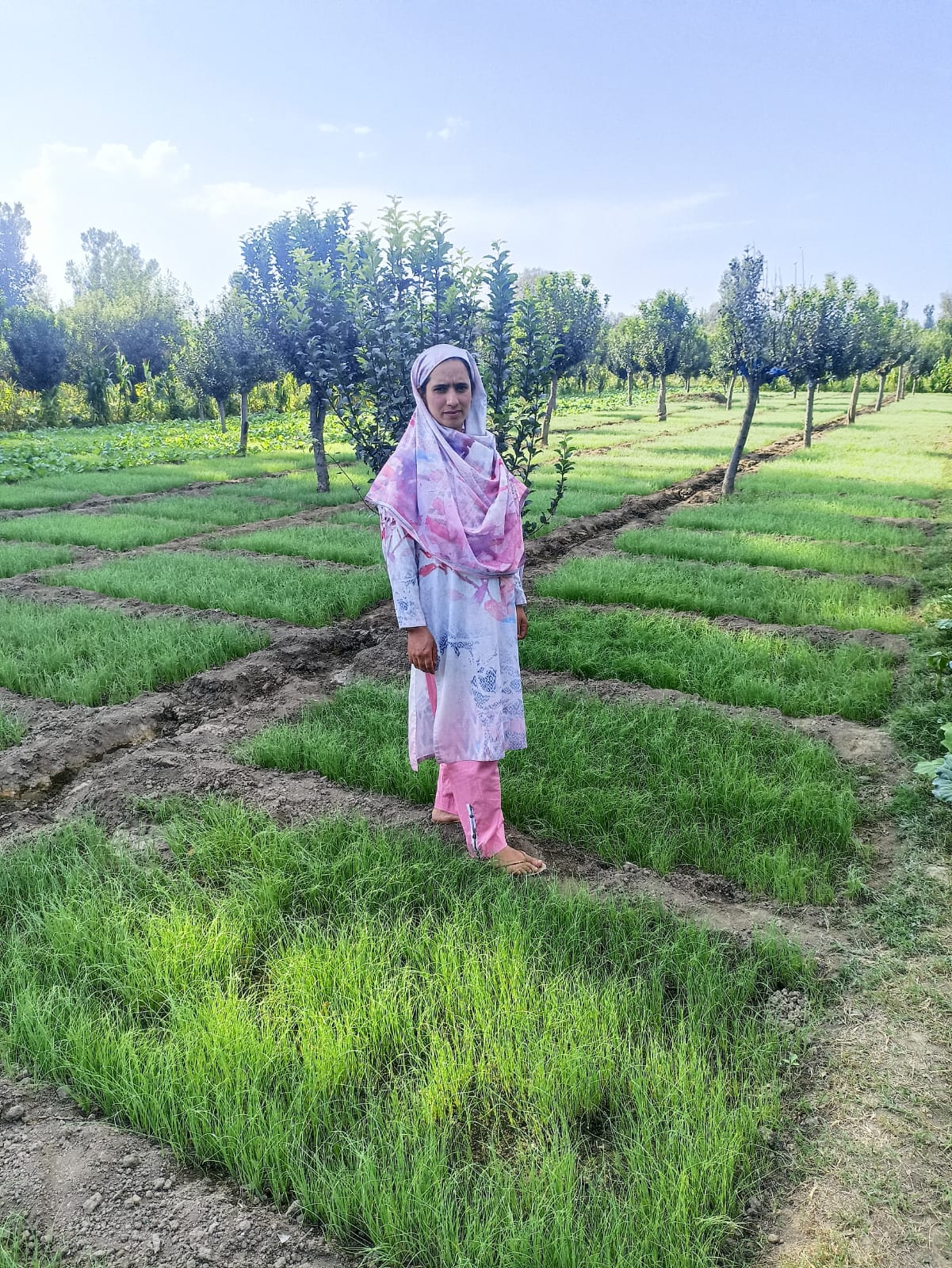 Seven years ago Chaspeeda Bano of Palhalan village in Baramulla district decided to enter into the farming sector and her hardwork and use of new practices and regular advice from the agriculture department changed her fortunes.
The 33-year-old started growing different vegetables on her eight-kanal fertile land and has been earning livelihood through it with the help of her husband. Now she also helps other farmers in her area.
Chaspeeda, has been growing organic vegetables like radish, cucumber, tomatoes, potatoes, onions, peas, beans, chilies. The hardworking farmer, who has done masters in Political Science and B.ED, now is an established progressive farmer of repute.
“The officials of the agriculture department keep visiting me and they encourage me to adopt new practices in the field. They have also assured a high tech greenhouse which will further help me,” she said.
Her farm has become a source of employment for other women in the village who do the seasonal labour in her farm.
Many farmers and youth visit her farm to take a glimpse of her success and many have followed her footsteps. Her interest in agriculture and hard labour made her a progressive woman farmer.
Regarding organic farming, Chaspeeda said low cost production, quality produce has the opportunity to get good premium price and organic production is economically viable.
“In fact my organic farming and its produce has provided a viable income to me which encourages me to do more hard work. Farming has provided me with financial security,” she said.
Director Agriculture Kashmir, Chowdhary Muhammad Iqbal visited her farm recently and appreciated her unique agriculture techniques.
She also grows onion seedlings on four kanals of land which she sells in October and has been promoting the same to the people and farmers over the years.
“We sell our onion seedlings to Kishtwar, Poonch, Ladakh, and other areas of Kashmir. We also sell the seedlings to the local markets,” she said.
She produces at least 150 quintals of tomatoes every year which has helped her to improve her financial condition and has become an example for other farmers in the village.
“This year we sold our tomato produce to different areas including Poonch, Kishtwar. We also sold the same to the local markets and mandis,” she said.
Chaspeeda, a mother of two children, also has a greenhouse that helped her to grow vegetables. On average she annually earns nearly Rs 4 lakh for their agriculture produce.
Her husband who also deals with the fruit business also helps her in marketing the vegetable produce.