While putting economic security at the forefront in the national security architecture is a welcome step, Pakistan’s history and trust deficit with neighboring countries does not give confidence 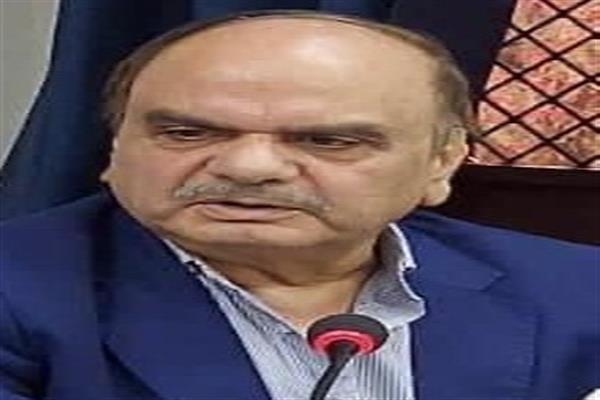 For the first time, Pakistan unveiled its National Security Policy (NSP) recently putting economic security at the forefront of its national security vision. Launching the document, Prime Minister Imran Khan said that a country without a stable economy cannot be considered secure. This is what successive Indian prime ministers be that Inder Kumar Gujral, Atal Bihari Vajpayee and Manmohan Singh had been trying to convey to Pakistan.

In fact, in December 1996, then Chinese President Jiang Zemin, on a state visit to Pakistan had asked its leaders to take advantage of the country's location and learn to keep disputes on the backburner and promote economic relations with neighbours.

Since successive Pakistani leadership never paid heed to such sane advice and kept embers burning as far as India and its other neighbour Afghanistan was concerned, the history haunts Pakistan both on the ground and at the doctrinal level.

Following the terrorist attack on a school in Peshawar, Pakistan had drafted a ‘National Action Plan’ to combat terrorism. This was intended as a comprehensive strategy to address the internal and external aspects of terrorism that the country confronted. Many did feel that the gravity of the threat Pakistan faced would lead to a new approach about the connection between Pakistan’s strategic priorities vis-à-vis India and Afghanistan. However, it was not to be. The civil-military consensus was fragile and could not withstand the other pressures on it by the feuding between Prime Minister Nawaz Sharif and the army.

While hoping that this will not be the case with the NSP, its major weakness looks that it has not emerged through inter-party dialogue or Parliament. In India and Jammu and Kashmir, there is largely a restatement of standard Pakistani positions. There is a reiteration of its traditional stance that while it desires good relations with India and resolving all outstanding issues through dialogue, Indian actions pose significant hurdles.

The general conclusion that is inescapable from reading the NSP is that there continues to be a lack of serious thinking in Pakistan on the enormous challenges it faces. The NSP calls for fostering “patriotism and social cohesion through national values and ethnic, religious, cultural and linguistic diversity.” Although the document does not explicitly detail strategies, these are loaded terms, particularly when rights groups such as the Pashtun Tahaffuz Movement and nationalist political parties are often depicted as “external forces” aiming to disrupt Pakistan.

Underlining that the paradigmatic shift hinges on economic security through regional connectivity and shared prosperity, the policy looks to address the long-standing higher foreign exchange outflow over inflow through a “dedicate focus” on export-oriented foreign directive investments and remittances.

The document recognizes Pakistan’s support for Afghanistan as a potential gateway for economic connectivity with Central Asian states. With China, Pakistan hopes the China-Pakistan Economic Corridor will drive its economy to jump-start domestic growth and alleviate poverty. With the United States, interestingly, it insists Islamabad will not subscribe to “camp politics” yet seeks convergence in trade, investment, energy, security, and intelligence cooperation.

The document has been touted as a consensus document, which is yet another bluff if one follows the political and economic developments in Pakistan. There is no definitive and believable statement as to why a military-centric nation, which has been ruled for most of the period by the military has shifted to economic security as its core policy unlike in the past.

Pakistan economy is in shambles. Pakistan government had projected CPEC on a very high note to its people promising employment generation, the revival of the economy, the revival of projects etc. The NSP underlines the need to maintain nuclear deterrence with an aim at regional peace. It expresses concern on India's nuclear triad, 'open-ended statements on nuclear policy and investments in and introduction of destabilizing technologies'. These aspects can be countered by exposing the fissures of Pakistan's nuclear doctrine, which is grossly unfounded.

While saying that terrorism is has become a preferred policy choice for hostile actors, it has conveniently ignored the use of this tool in fomenting trouble on Kashmir, Punjab and other parts of India. Despite having a poppy free policy, Pakistani agencies are deeply involved in drug trafficking, trade and facilitation of narcoterrorism. It has destroyed generations across the globe. While denouncing terrorism in all its forms, the Pakistani establishment needs to dismantle the institutions of terrorism, which have sprawled on its land. One form of terrorism cannot remedy the other.

High costs on the Pakistani state

According to Christine Fair, pursuing territorial gains in J&K has imposed a high cost on the Pakistani state. It has indirectly affected the security of Pakistani citizens and the state's political stability. The militants or terrorists, trained and supplied by Pakistan's intelligence agencies, have targeted its civilians, military, and intelligence institutions. The Pakistan Army also has induced a belief in society that it has to finish the "unfinished" process of partition and merge the entire Jammu and Kashmir to Pakistan.

For strategic depth, Pakistan pursues the political structure developed by the British in the early nineteenth century. The Britishers followed two policies vis-à-vis Afghanistan: First, the forward policy, which is direct military intervention and, second, the close border policy, which is defending the borders of the British Raj Pakistan has also retained the colonial era governance structure because it provides numerous advantages to the Pakistan Army.

There is also a belief that India opposes the existence of Pakistan. Within the ‘military and elites’, there is a conviction that India cannot countenance Pakistan's existence as a Muslim state and consequently seeks to dominate and destroy it. In 2014, Munir Akram, a former ambassador of Pakistan to the United Nations, highlighted this belief. He stated: "India cannot feel free to play a great power role so long as it strategically tied down in South Asia by Pakistan". The perception is dubious; however, Pakistan enduringly uses force and Jihadi terrorism to achieve its strategic objective of weakening India and securing political concessions.

Pakistan’s strategic belief compels it to introduce external actors in the Indian subcontinent.
According to Husain Haqqani, the China-Pakistan Economic Corridor (CPEC) is seen as a strategic partnership that could deter India in Pakistan. China and Pakistan's "all-weather" alliance poses a significant geostrategic challenge for India's rise in the global system.

Pakistan's deep state does this all the time and has successfully played on the minds of its people while getting only a lukewarm response from the international community. Nevertheless, India needs to dissect and dismantle such strategic beliefs and their sources & consequences.

Although it does not provide practical steps for implementation and is vague in explaining the crucial aspects of security, one can only hope that the full version of the policy, which Khan’s government has kept confidential, would outline and extend cooperation with neighbouring countries and provide heed to what Gujral, Vajpayee and Manmohan Singh had tried to tell Pakistani leadership.

Relationship with India will improve only based on trust whose deficit is too deep and requires to be filled up by Pakistan by way of visible goodwill and transparency. Importantly, India’s strike at terror spreading factories must not be construed as military adventurism. Indian actions are consequences of uncontrolled, unstated and non-state actors, who act like monsters and demons of terror.

Pakistan never realized that as a nation-state it should create its history and move forward but lived with historical appropriation and distortions of the past. Pakistan could acknowledge its Indian heritage as well as the Muslim-ness of a majority of its population. Unfortunately, the successive Pakistani leaderships and the intelligentsia preferred to build the idea of Pakistan on pillars of Islam and antagonism towards India.

Pakistan has to move the extra mile to stop using terrorist groups as part of its security and foreign policy and desist from being obsessed with antagonist ideas - India is not an existential threat. Consider India a friendly neighbour in the interests of your people. India is on the path of its own progress and development as perceived globally the fastest-growing economy and a country of enormous resources and huge opportunities.

India believes in VASUDHAIVA KUTUMBAKAM -“The World is One Family.”