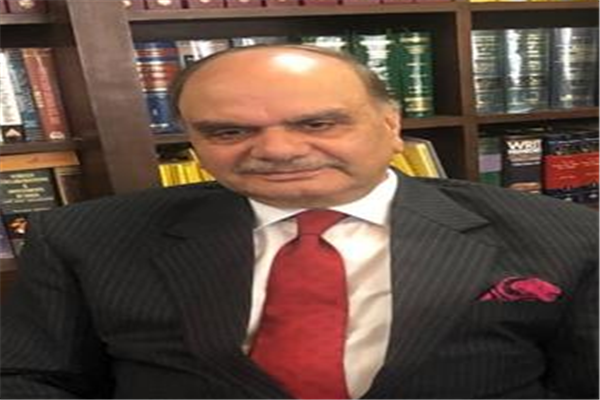 Pakistan that was carved out as a separate dream homeland for South Asian Muslims has gone astray. Instead of pursuing Jinnahism and following the tenets of its founder, it has chosen supporting terror a part of its state policy.

Instead of building on the common Indian pluralistic heritage, where Muslims also contributed and shined, successive Pakistani regimes and the intelligentsia have preferred to build the idea of Pakistan on antagonism towards India. The hate India has been made as a national narrative. Time has proved that Pakistan’s paranoia regarding India is unfounded.

Using terrorist groups as part of its security and foreign policy shows its obsession with India which it perceives as an existential threat. Pakistan never realized that as a nation-state it should create its history and move forward but lived with historical appropriation and distortions of the past.

India’s relations with Pakistan have been defined by the Partition in 1947, the Kashmir conundrum and the military conflicts fought between the two South Asian neighbours. The relations have always been plagued by conflicts, hostilities and suspicion even though the two-share common linguistic, cultural, geographical and economic linkages.

India always offered an olive branch to sort out amicably some of the pressing issues including Kashmir. Indian Prime minister Pt Jawahar Lal Nehru was engaged with Pakistan leadership from 1948 onwards. Pakistan’s third Prime Minister Mohamed Ali in April 1953 approached Nehru for discussing the bilateral issues. They met on the sidelines of the 6th Commonwealth Conference in London in June 1953. Both sides discussed issues of canal waters, evacuee properties and other issues, except the Kashmir, cordially. Ali invited Nehru for a visit to Karachi. Various issues were being discussed by the officials separately. Nehru realized engagement with Pakistan would benefit in removing irritants in bilateral relations.

He was under impression that an engagement may not take Pakistan for a military buildup and join a military alliance with the US. He was also of the view that it may lead to the relaxation of tension in the sub-continent and it could rescue India from the dangers of Cold War politics etc. Nehru, therefore, visited Karachi in July 1953, where he received tumultuous reception.

But in August 1953 political developments turned ugly for India in Kashmir because of Shiekh Abdullah, who already was being perceived as a thorn in the flesh of the body politic of India.

On August 7, BBC reported a speech of Shiekh on Martyr's- day in July:

“If I felt by remaining Independent, Kashmir Would be well off, I would not hesitate to raise my voice in favour of complete freedom for Kashmir. If I felt that Kashmir’s betterment lay in its accession to Pakistan, no power in the world could silence my voice.”

Shiekh was arrested on 8-9th August 1953. Pakistan’s joining the US in a defence pact changed the context of bilateral negotiations. Nehru took a firm stand by saying Pakistan is irrelevant as far as Kashmir is concerned. He said Jammu and Kashmir Constituent Assembly shall henceforth decide the future of Kashmir. He confidently said: “if Kashmir Constituent assembly, did not approve of the State’s accession to India, New Delhi would walk out of the State.” The assembly finally voted in favour of India.

Pakistan’s brazen belligerence continues towards India despite the extension of an olive branch from time and again by India for good neighbourly relations. Pakistan’s Kashmir rants echo always in United Nations Human Rights Council at Geneva and rake up the issue at UNGA. India fiercely replies calling Pakistan “Terroristan” and asserts J&K as its integral part. India is not willing to renegotiate Kashmir’s territorial status. The bilateral issues can be addressed through talks and negotiations.

There have been military wars, continuing undeclared wars, numerous skirmishes and standoffs. Many successful attempts to improve relations through Shimla Agreement, Agra and Lahore summits, etc, have fallen apart. The relations soured after the Siachen conflict of 1980, the Kashmir insurgency of 1989 onwards and the Kargil war. Terror attacks on the Indian Parliament in 2001 almost brought two nuclear nations to the brink of war. Mumbai terror attack of 2008 by Pakistani terrorists that killed hundreds and its continuous support to terrorists in Kashmir to delegitimize the idea of India has soured our relations further.

The US has always been helpful and concerned about regional security in South Asia. US experts feel that India-Pakistan tensions will complicate and spoil Peace interests in the region and the Chinese incursions in Ladakh has put India’s geostrategic interests in Jeopardy. The foreign policy experts wish to alert Mr Modi on the implications of the close China-Pakistan relations as Beijing is trying to remake geography by launching huge infrastructure roads and bridges on the borders on the one hand and the other continue with belligerence the incursions in Ladakh Therefore, persistent and astute diplomatic engagement at a comprehensive level with nations in the region becomes important. That is how PM Modi is attempting to toggle out of the current diplomatic Catch -20 syndrome.

Downslide in relations with its former allies

Despite having started to reboot its diplomatic ties with the US to end the stalemate of the last few years, Islamabad’s relations with other nations have been on the downside because it lied to the world about the presence of Al Qaeda chief — Osama bin Laden — in Pakistan. The Americans nailed these lies by carrying out Operation Neptune Spear and he was found in Abbottabad near the elite military school in Pakistan and was liquidated. All eyes are on Pakistan and it has to come clean and stop breeding terrorists in its backyard and root them out.

The Modi government’s policy to isolate Pakistan from erstwhile friendly countries such as the UAE, Central Asian countries and other relevant nations have succeeded. By now the world has acknowledged the stark truth that Pakistan is the sponsor of terrorism and poses a serious threat to security in the South Asian region. As such at the moment no dialogue with Pakistan is the Indian policy.

India’s astute diplomacy and her latest strategy may require a change in Pakistan’s unrealistic rigidity that Kashmir is the unfinished business of Partition. That view, having no legal merits has not many takers internationally. The United Nations Now, with 193 members, shows virtually no interest in the issue. Pakistan’s leaders still refuse to recognise that the territorial status quo and a better life for Kashmiris might be all they can hope for. They prefer to keep Kashmir alive as a problem that is neither solved nor set aside.

Pakistan’s desire for an international solution to Kashmir seems farther from possibility than ever. In the aftermath of the recent Modi Government decision, the US noted that India considers it an internal matter. Chinese’s reaction was focused more on its territorial dispute with India over Ladakh than on Pakistan’s stance although the Chinese statement did refer to the dispute as “an issue left from the past between India and Pakistan.”

Sri Lanka, Bangladesh, and the Maldives – all members of the South Asian Association for Regional Cooperation (SAARC) – acknowledged the internal nature of the constitutional changes. Among member states of the Organisation of Islamic Cooperation (OIC), United Arab Emirates (UAE) took the lead in expressing the hope that the changes would improve the lives of Kashmiris.

(The Author is Senior Advocate, Supreme Court of India and; Geo Strategic analyst. He can be reached at: ashokbhan@rediffmail.com)