Pakistan and peace in Jammu & Kashmir 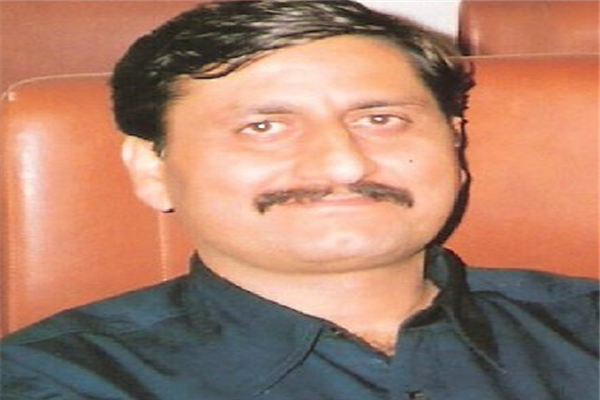 The only thing that the government of India has committed to do is regarding the conversion of UT of J&K back to the state at an 'appropriate time'. But the "appropriate time" is subject to interpretations and speculations by one and all. In an interview this year, the erstwhile Yuvraj, 'Sadre-riyasat' and former Governor of Jammu and Kashmir, Dr. Karan Singh said candidly that "there was no option but to fall in line" with what the Parliament of India did on 5-6 August 2019.

It is important for the state of Pakistan also to come to terms with the significant change of scenario over the last two years, in particular. Peace in Jammu and Kashmir is subject to the understanding and reconciliation by the State of Pakistan regarding the changed scenario. However, it is for the people of Jammu and Kashmir to make Pakistan understand that it needs to mind its own business and 'we the people in J&K' are more interested in peace and progress than an unabated conflict which has already taken one hundred thousand souls away from us over the past four decades. This is the time of reconciliation, peace, prosperity and goodwill. Hope Pakistan understands this all in context of the well being of the people of Jammu and Kashmir after receipt of millions of dozes of Covid vaccination free of cost from India as a gesture of humanitarian assistance, benevolence and compassion.

Pakistan needs to push its commitments made to India and the world community before dreaming about any formal dialogue between India and Pakistan. It would be politically and diplomatically incorrect & immature to think in terms of any talks as long as Pakistan supports terrorism against India. The earlier statement issued by Pakistan Foreign Minister, Shah Mahmood Qureshi 'that Pakistan would be happy to talk out differences and resolve outstanding issues through dialogue if India was willing to revisit the unilateral decisions it took on Aug 5, 2019, regarding the status of Jammu and Kashmir' is like day-dreaming. Pakistan continues to live in its world of dreams about Jammu and Kashmir notwithstanding the fact that the decisions taken by the sovereign Parliament of India on 5-6 August 2019 relating to J&K were supported by more than the 3/4th majority of the representatives which also included those belonging to the then Jammu & Kashmir state. It is useless to think in terms of any kind of willingness on the part of the government of India revisiting the decisions taken in August 2019.

A number of elections to various democratic institutions were held in the UT of Jammu and Kashmir, after the historic decisions, in which almost 60% people in the UT participated. The process of successful delimitation will also lead the UT to elect a new Legislative Assembly in the near future. Moreover, the people in the Union Territory are more interested in peace, progress, development and prosperity which Pakistan destroyed by its crossborder terrorism and cross-LoC firing over the last more than three decades.

Pakistan will have to prove its intent by its expressed actions on the ground, mere statements won't work. The past record and the terror insurgency over the last four decades haven't substantiated its claims so far as the peaceful coexistence with its neighbours is concerned. In this context, it will be proper to refer to the statement issued by Pakistan Army chief General Qamar Javed Bajwa, who while addressing a graduation ceremony at Pakistan Air Force said that India and Pakistan must resolve the Jammu and Kashmir issue in a “dignified and peaceful manner”. "Pakistan...." Bajwa said, ".....is a peace-loving country and committed to peaceful co-existence in the region. We stand firmly committed to the ideal of mutual respect and peaceful co-existence. It is time to extend hand of peace in all directions".

The fact of the matter is that such statements by Pakistan are strictly determined by our doctrine on the issue that "terror and talks won't go together". There is absolutely no change in this doctrine nor should anyone expect any change in it in future without a tangible reason. Pakistan's desire that India and Pakistan must resolve the "longstanding issue of Jammu and Kashmir" in a dignified and peaceful manner and bring this human tragedy to its logical conclusion should be followed by Pakistan's actions including dismantling terror infrastructure on the land under its control. India is committed to liberate the Pakistan occupied areas of Jammu and Kashmir & Ladakh and in this particular context, India would always like to do that by peaceful means including a dialogue with Pakistan. But to make it a reality, Pakistan will have to put a stop to the cross border terrorism and bloodshed in the union territory of Jammu and Kashmir, irrespective of the new developments in Afghanistan.

The unfortunate flip-flop by Pakistan on ties with India reflects its confused state of mind, and is also representative of the existence of various power centres within the corridors of power there. The Pakistan PM Imran Khan's statement regarding the conditional restoration of ties with India is in contravention of the statement made by the foreign minister of Pakistan some time ago that 'Article 370 is an internal matter of India'.

Regarding the recent drone attacks in Jammu and Kashmir, the statement of the former Union Minister of State for Home Affairs in India that 'Pakistan's hand in the attack can't be ruled out' assumes importance. The drone attacks in Jammu and in the areas bordering Pakistan recently is clearly pointing fingers towards Pakistan. Investigations by NIA in this regard will give a clear picture of the situation.  The "confused state of mind” of the leaders of Pakistan and its corridors of power coupled with various power centres within represent the continuous 'hazy internal situation of Pakistan'. Thus the flip flop on foreign affairs is an outcome of its frustration, confusion and resource limitation.

In order to achieve the desired results on the issue of improving relations, Pakistan requires to translate its promises made to India fifteen years back that it would not allow misuse of the land under its control for terror purposes against India. They need to come clean on the issue before aspiring for any meaningful dialogue with India. It also needs to be noted that 5/6 August 2019 decisions regarding Jammu and Kashmir are permanent in nature and form that have since been endorsed by the people of India.

Though there is no alternative to dialogue but Pakistan will have to realize the promises made to India in 2006 that 'it won't allow the land under its control to be used by it for terrorism against India'. It has yet to come clean on the issue and needs introspection and reconsideration of its new strategies against its closest neighbor notwithstanding the Kabul developments. The government led by the PM Narendra Modi is capable enough to take an appropriate decision in this regard at an appropriate time in order to ensure a durable peace.