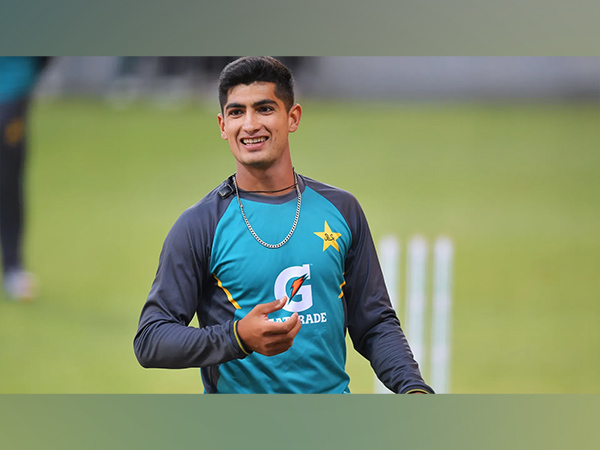 Pakistan's young bowling sensation Nassem Khan has tested positive for Covid-19, a day after it was announced he had contracted pneumonia. However, the strike bowler has been released from the hospital.

After being diagnosed with pneumonia on Wednesday, Naseem spent the night in the hospital, and the PCB reported that their own medical panel was keeping an eye on him. His participation in the last two games of the current series against England is effectively eliminated as a result, and the positive Covid-19 test puts him with a serious question mark for the upcoming tour of New Zealand, which is scheduled to begin in Christchurch on April 16.

The Asian giants leave departs for New Zealand on October 3 to compete in a T20I triangular series against Bangladesh, with the final game taking place on October 14. After two warm-up games, one of which they play against England, they fly to Australia for the World Cup, where they play India in Melbourne on October 23.

Naseem participated fully in the just-finished Asia Cup and the opening game of the current series versus England. He had assumed the role of Pakistan's leading new-ball bowler in the absence of Shaheen Shah Afridi, who is also sidelined with an injury.

Afridi, who has been receiving treatment for a knee ailment in London, is anticipated to be available for the T20 World Cup slated to start in October with Australia hosting the tournament. (ANI)