Of Conscience, Climate and Cricket: World Environment Day and the same old script

All the conferences, the seminars, the symposiums or any other gathering whether at local, national or international level merely end with commitments and pledges which unfortunately do not see light of the day 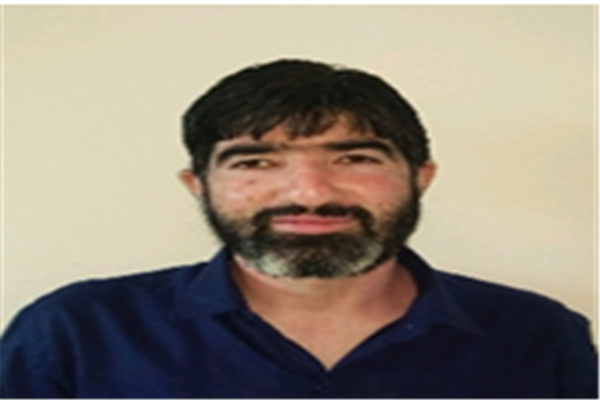 May I come in sir; a feeble voice echoed that shook me off from a reverie, in which I was comparing Joe Root with cricket legends of past times? Greg Chappell, Len Hutton, Sunil Gavaskar..... The voice reverberated again, repeating the same sentence. I shook myself off from the chair, paused a Ravi Shastri and Nasir Hussain inside me and answered the lady in affirmation. Sir, we have decided to celebrate World Environment Day on Monday and we want your service for that function, she said putting some extra weight on the word ‘sir’. Is that why you have entered my cabin after an epoch, I wanted to ask, but ended up posing a rather simple question. What kind of service? Actually, we want you to deliver a five minute keynote address she surprised me both with the request and a slightly longer stare. But the keynote address is delivered by an invited guest or a university professor, I replied. This year it is only a Departmental function with no invitees from outside, though we have specially asked the cleaning staff of the university to grace the occasion, her reply pleasantly surprised me.

Why don't you deliver the speech, I tried to coronate her and pass the buck in one go. No, sir you, please, please, please she said while modulating her tone with every ‘please’ and settled for the one girls reserve for special occasions. Can I see the schedule of the day, I demanded and she handed me a piece of paper. Paper containing the schedule was decorated at the corners and resembled the menu card of a middle class restaurant. Mattar paneer and butter naan, I tried to look for, but ended up finding less flavoured dishes like inaugural speech, screening of documentaries, keynote address, poster presentations and vote of thanks. Ok, I would be there, I told her after a little pause. Thank you, she said and left the room after leaving a sigh of relief. Ravi Shastri and Nasir Hussain waiting outside, entered the just vacated room. W.G Grace, Hanief Mohammad, Brain Lara......... the day dreaming resumed.

Are you also speaking today, interrupted a lesser known lad, while I was scanning an almost filled auditorium on the day of the event. Oh yes, I answered, while trying to look less interested. “What would you be speaking about,” he dug further. World Environment Day, I, gave the simplest possible answer in a slightly higher tone to silence an Arnab brew out of him. Few moments later, humming in the auditorium stopped, as the people who matter the most arrived to occupy the first row of chairs.  After inaugural speech, two well decorated ladies tasked as hosting the function, spelt out my name in unison for a keynote address to be delivered. Following are excerpters from my speech I delivered that day.

Each year, we celebrate multiple days to reiterate our commitment towards a cleaner, a greener, a sustainable and a more likeable environment. Each year, we pledge our commitment to remain soldiers of the nature and protect pristine ecosystems from the onslaught of our own creed. Each year we spell out more scientifically sound reasons to stop environmental exploitation at least by those means that we exhibit some control over. Each year the purples, the yellows, the blues and may other hues don green at least metaphorically to covey to the world that we are the descendants of Wangara Mathai and Julia Butterfly and we exist for a cause.

But despite all our efforts, we seem to be achieving either nothing or very little in terms of nearing the goal of sustainability. All the conferences, the seminars, the symposiums or any other gathering whether at local, national or international level merely end with commitments and pledges which unfortunately do not see light of the day.   With climate change; the new pandemic knocking at our doorstep, we are running out of time to save the planet from unimaginable catastrophes. I have enlisted a few major reasons I believe are responsible for the state of polluted affairs we find ourselves in. First and foremost reason I presume is our shaky belief on science and scientific advisories.  We neglect without a second thought most of the do's and don'ts that scientific community repeatedly pleads us to follow. Most of these outputs are a result of tens of years of research. But unfortunately, we waste no time in brushing them aside, like a skipable youtube ad, solely to get ourselves a super comfortable life.

Another aspect that needs to be touched is of our conscience, which by all means is in some deep deep slumber. For smaller steps, which could make a bigger difference in creating a sustainable planet, we don’t even need scientific sermons, all we require is to awaken a semi dead or slept conscience. For example a small shred of polythene that we spit out after tearing a packet of milk with  teeth, heaps up to tonnes of polythene (only in one city) and makes its way to soil rendering it less fertile. To end this path of soil pollution all we need to do is to find a better way of tearing the milk packet so that the entire polythene gets recycled. Tens of such examples could be counted on finger tips, where each one of us can a warrior in an environmentally degrading society.  From carpooling to discarding the use of polythene bags; from throwing our waste into community dustbins, to minimizing our dependence on exhaustible resources, we can contribute in countless ways to build a better environment around us. I ended my talk by reminding the audience, that we all are environmentalists by birth and polluters by choice, all we need to do is to awaken our congenital trait.

It was a thunderous speech, complimented a fairly known attendee, a day later. Oh! Thank you, I returned his compliment with a big smile more so because the same lad had forwarded me clicks of the event. Didn’t see you after the event where had you gone, he posed a question I foresaw coming. Hmmm, I had few visitors, whom I suppered with, my reply created more questions in his mind and he asked the simplest one. Who? Ravi Shastri, Nasir Hussain and Joe Root, I replied and disappeared from the scene.

(Author is Ph.D. Research Scholar at Dept of Environmental Sciences, Central University of Jammu. The author resides at Pinglena Pulwama and can be reached at zahidrazaqadri@gmail.com).