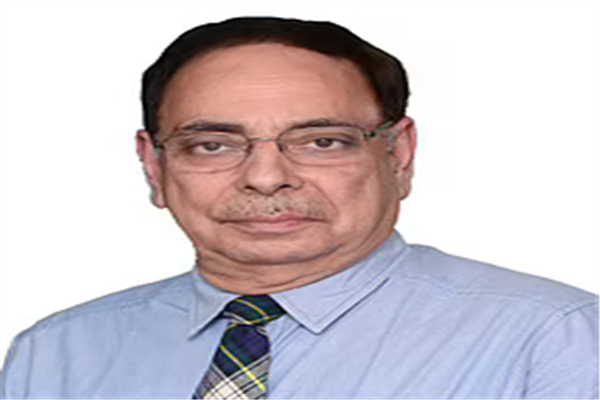 It just happened that the Pakistani high commissioner in India Mr Shahid Malik sought an appointment with me in 2012 while I was working at Fortis Escorts Hospital. He came to my office for a general check and spent some time with me. I found him to be a very pleasant gentleman who showed interest in my work and would often call me directly or through the medical attaché to the High commission. One fine day I received a message from a multinational pharmaceutical company SERDIA for visiting Pakistan to give talks on High blood pressure and related problems keeping a focus on one of their products. I showed my interest and asked them to go ahead. It was to happen in March 2012 and the lecture tour would involve Lahore, Faisalabad, Islamabad and Karachi. I informed Mr Shahid about this development and he was very pleased to help me in VISA process.

I got the VISA without visiting the embassy through an embassy official who took my passport and documents for a day and came back with a visa for all the cities and exempted from reporting to the police stations. Since there were no flights operating between the two countries the choice was to either fly to Dubai and come back to Lahore or go on a foot visa via Wagah border near Amritsar. I Chose the latter route and informed SERDIA officers who had to look after me. I flew from Delhi to Amritsar a day prior to my crossing over to Pakistan from the land route. I spent the night in a hotel after visiting the Golden Temple complex which I had never visited before. It was very impressive and one gets a good spiritual feeling there seeing a large number of devotees and listening to the Gurbani from the Guru Granth Sahab being narrated on the loudspeakers, near the sanctum Santorum the Harmandir Sahab.

I was instructed to start very early because the border is open till noon time only. My hosts took me to the Indian side of the immigration, about 25 kms from Amritsar near Attari which is the last village on the Indian side and bid me farewell because there was entry only for the VISA holders. It was a big and very spacious pink coloured building with Indian flag hoisted on it. The mobile phones do not work in that area for security reasons. It appeared there were only a few persons crossing over that day. Me and a few Pakistani guests who had come to India for a family wedding in Delhi. The procedure was simple checking of the forms and identity, a number of stamps put on the papers and the customary stamp of departure from India. Indian porter dressed in navy blue clothes, carried my suitcase and we boarded a bus till the no man’s area of the border. Here we crossed the gate and looking back I saw Mahatma Gandhi’s enlarged picture and India written in English and Bharat in Hindi along with the Indian tricoloured flag.

On two sides were stands for visitors to watch the closing of the gates ceremony which happens every evening at Sunset. This is a colourful parade of the tall BSF personnel on Indian side and equally smart soldiers from Pakistan Ranger’s side. Both sides make gestures at each other with trampling of their thick leather boots and finally bring down the flags to be kept in safe custody overnight before. There were stands with chairs for visitors the stands on the 2 sides. The gate on the Pakistan side was of similar dimensions depicting a large picture of Mohd Ali Jinnah, the green and white flag with a crescent and Pakistan written in English and Urdu.

The no man’s area led to a building which was the Pakistan’s immigration office at Wagha, a bordering village complex on Pakistan side of the border. The building was smaller in dimension and the porter from Pakistan who carried my luggage after getting down from the bus took it in. I met the officers sitting on the desk and greeted them and presented my papers and the passport. They asked me to wait since there was a power break down and their computers were not operational. Mean time while scanning my papers one of the officers asked me if I was a medical doctor and if so, my speciality.

Once he came to know I was a cardiologist involved in angioplasty procedures he became very friendly. He himself was a patient with 2 stents put in by Lahore doctors. He showed me his prescription and had many queries resolved. I also meant a money changer, who offered to change Indian currency to Pakistani one at better rates. As per the rules it is only foreign currency (US dollars or Euros) which can be exchanged officially. Meanwhile power was restored and I could complete my formalities and get out. I was met by 2 SERDIA senior executives who had come to pick me up, Dr Rizwan and Mr Qauum. We got into their car and drove to reach Lahore.

On the route we saw the Itchogil Canal and its fortified bund which was built by Pakistan to protect Lahore from an Indian invasion. This was a lot in news in 1965 during the Indo Pak war which I remembered was a battlefield for a few days. Being a sensitive point, I did not ask any questions beyond confirming that it was the same canal. We reached the hotel Pearl Continental the place of my stay. A typical five-star hotel where I checked in. My hosts left me and came back in the evening to take me around.

We went to the very historic Lahore fort built by the Moghuls with some resemblances with the Red Fort of Delhi. It is much bigger with many sections including the Deewan e Aam and Deewan- e-Khaas and fine designs and carvings on the walls and ceilings. They had hired a guide Alam Khan, to show me the historic points. I was more interested in talking to him regarding his life and his family. We became friends and continued to chat through the face book for some time after my return. Towards the end of the Fort tour, we also saw the additions made by Maharaja Ranjit Singh whose dynasty succeeded Moghuls before British took over in the form of a museum.  His portrait and the mummified horse impressed me the most.

It was getting late evening and I was recommended to accompany them to Food Street very close to the fort. This area which had recently been renovated by the sharif government is a very sought eatery of Lahore. I found several buildings with Punjabi Hindu names there, a few had Hindu God idols. Most having been converted to restaurants. We took an outdoor table in a balcony facing the fort. The selection of food was a very difficult exercise given the choices in the chef’s recommendations. I had “Mutton Handi” and Lahori fish with Lahori paratha, what a delicious meal. On our way back we went through Anarkali Bazaar, my father had mentioned it as the place for books. It was very crowded and the books available did not interest me so we came back for the night’s sleep and preparations for my 2 lectures on the next day. The first lecture was at Punjab Institute of Cardiology. It is a big 347 bedded tertiary care unit caring for heart patients and has facilities for advanced treatments of angioplasty, bypass surgery, valve replacements and a paediatric unit for young children and infants. The director of the institute and head cardiology department welcomed me and introduced me to the gathering of medicos before I gave my talk.

The talk was followed by good interactive questions and comments. The evening talk was in a five-star hotel and was very well received. The audience during the post lecture dinner get together told me that they liked my way of speaking and preferred me over the European speakers who used to frequently be sponsored and they found lot of bondage with me.