Nine seats reserved for STs for the first time 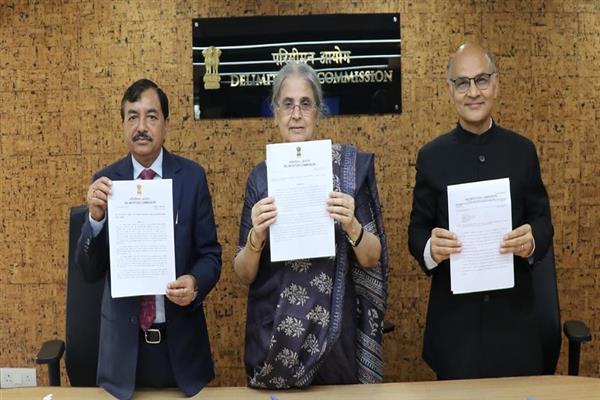 As per the final Delimitation Order, the following will come into effect from the date to be notified by the Central Government:

Out of the 90 Assembly Constituencies in the region, 43 will be part of Jammu region and 47 for Kashmir region keeping in view the provisions of Section 9(1)(a) of the Delimitation Act, 2002 and Section 60(2)(b) of Jammu & Kashmir Reorganization Act, 2O19.

After consultation with Associate Members, representatives of political parties, citizens, civil society groups, 9 ACs have been reserved for STs, out of which, 6 are in Jammu region and 3 ACs in the Valley.

Names of some ACs have also been changed keeping in view the demand of local representatives.

It may be recalled that the Delimitation Commission was constituted by the Govt. of India, in exercise of powers conferred by Section 3 of Delimitation Act, 2002 (33 of 2002), for the purpose of delimitation of Assembly and Parliamentary Constituencies in the Union Territory of Jammu & Kashmir. The Commission associated in its work, 5 members of Lok Sabha elected from the UT of Jammu and Kashmir. These Associate Members were nominated by the speaker of Lok Sabha.

Having regard to relevant provisions of the Constitution (Article 330

and Kashmir Reorganisation Act 2019, the number of seats to be reserved

the basis of 2011 Census. Accordingly, the Delimitation Commission has

reserved 9 ACs for STs for the first time and 7 for SCs. It is worthwhile to

mention that the Constitution of erstwhile Jammu and Kashmir State did

not provide for reservation of seats for the Scheduled Tribes in the Legislative Assembly.

The Jammu and Kashmir Reorganisation Act, 2019 and Delimitation Act, 2002 laid down the broad parameters within which the delimitation exercise was to be carried out. However, the Commission formulated

Guidelines and Methodology for delimitation of Assembly and Parliamentary Constituencies in Jammu and Kashmir, for smooth functioning and effective results, and the same were followed during the delimitation process. Keeping in view the geographical features, means of communication, public convenience, contiguity of areas as various factors enumerated in Section 9(1) of the Delimitation Act, 2002 and the inputs gathered during the Commission's visit to the UT from 6th to 9th July 2021, the Commission categorised all 20 districts into three broad categories i.e. A- Districts having predominantly hilly and difficult areas, B- Districts with Hill & Flat areas and C- Districts with predominantly Flat areas, giving margin of +/- 10 % of the average population per Assembly constituency, while proposing allocation of the constituencies to the districts. The Commission has also, for some districts, proposed carving out of an additional constituency to balance the representation for geographical areas having inadequate communication and lack of public conveniences due to their excessive remoteness or inhospitable conditions on the international border.

The Commission took extreme care in identifying the seats reserved for the Scheduled Castes and Scheduled Tribes in the Legislative Assembly and to locate seats to be reserved for these communities, as far as practicable, in areas where the proportion of their population to the total population is the largest, by working out the percentage of Schedule Castes and Scheduled Tribes population in each Assembly Constituency and identifying the requisite number of reserved constituencies by arranging them in descending order.

The public sittings were organised in the Capital cities of Jammu and Srinagar on 4th and 5th April 2022 respectively, which provided an opportunity to the people, public representatives, political leaders and other stakeholders to express their views. All those who filed objections and suggestions in response to the public notice were specifically heard. All the suggestions of the public, given in writing or orally during the public sittings and representations from various stakeholders were tabulated by the Secretariat of the Commission.

The Commission conducted a final round of internal meetings to examine all the suggestions and took decision on the changes to be made in the draft proposals. Most of the representations regarding the change of names of the proposed constituencies were accepted by the Commission in view of the public sentiment involved in the same. These name changes included naming Tangmarg-AC as Gulmarg-AC, zoonimar-AC as Zaidibal- AC, sonwar-AC as Lal chowk-AC, Padder-AC as Padder-Nagseni-AC, Kathua North-AC as Jasrota-AC, Kathua south-AC as Kathua-AC, Khour-AC as chhamb-AC, Mahore-AC as Gulabhgarh-AC, Darhal-AC as Budhal-AC, etc.

In addition to these, there were many representations pertaining to shifting of Tehsils from one AC to another and some of them which Commission found logical were accepted, viz; shifting of Tehsil Shrigufinrara from Pahalagam-AC to Bijbehara-AC, shifting of Kwarhama and Kunzar Tehsils to Gulmarg-AC and redrawing Wagoora-Kreeri-AC having Kareeri and Khoie tehsils and part of Wagoora and Tangmarg tehsils, shifting of Darhal Tehsil from Budhal-AC to Thannamandi-AC. Additionally, there were some requests for minor changes in the territorial jurisdiction of proposed ACs, which were thoroughly analysed in the commission and a few of them, which were logical, have been incorporated in the final order.

The peculiar geo-cultural landscape of the Union Territory presented unique issues arising due to factors like competing political aspirations of the geographically and culturally distinctive Jammu and the Kashmir regions; vast differences in population density between districts ranging from 3436/ sq. km in districts in the valley-plains on one side, to 29/sq. km in the predominantly hilly and difficult districts on the other; existence of sub-regions within certain districts having extremely difficult intra-district connectivity due to extraordinary geographical barriers with some remaining totally cut off on account of the snow blocking the mountain passes for months during winter; uncertainty of life and inadequate availability of connectivity and public conveniences in villages along the International Border prone to unprovoked intermittent firing/shelling in the Border Districts; etc.

These competing claims to equitable exercise of democratic rights by populations living in inequitable conditions, besides other aspects, were well articulated on behalf of all the diverse areas of the UT by representatives of political parties, social organisations and individuals, as well as the media which provided profound insights before the Commission and contributed in upholding the democratic values cherished by the people of this largest democracy in the World, in providing of a fair and robust framework by carving out appropriate constituencies for exercise of their right to franchise by the members of the electorate living in mutually diverse circumstances, in an equitably convenient manner.

After incorporating all such changes, the Final order has been published in the Official Gazette of the Government of India as well as Union Territory of Jammu and Kashmir.

During the public hearing, the commission received number of representations from the Kashmiri migrants and the displaced persons from Pakistan occupied Jammu and Kashmir. The delegations of Kashmiri migrants represented before the Commission that they were persecuted and forced to live in exile as refugees in their own country for the last three decades. It was urged that in order to preserve their political rights, seats may be reserved for them in the Jammu and Kashmir Assembly and Parliament. The Displaced persons from POJK also requested the Commission to reserve few seats for them in J&K Legislative Assembly.

Accordingly, the Delimitation commission also made following recommendations to the Central.Government. 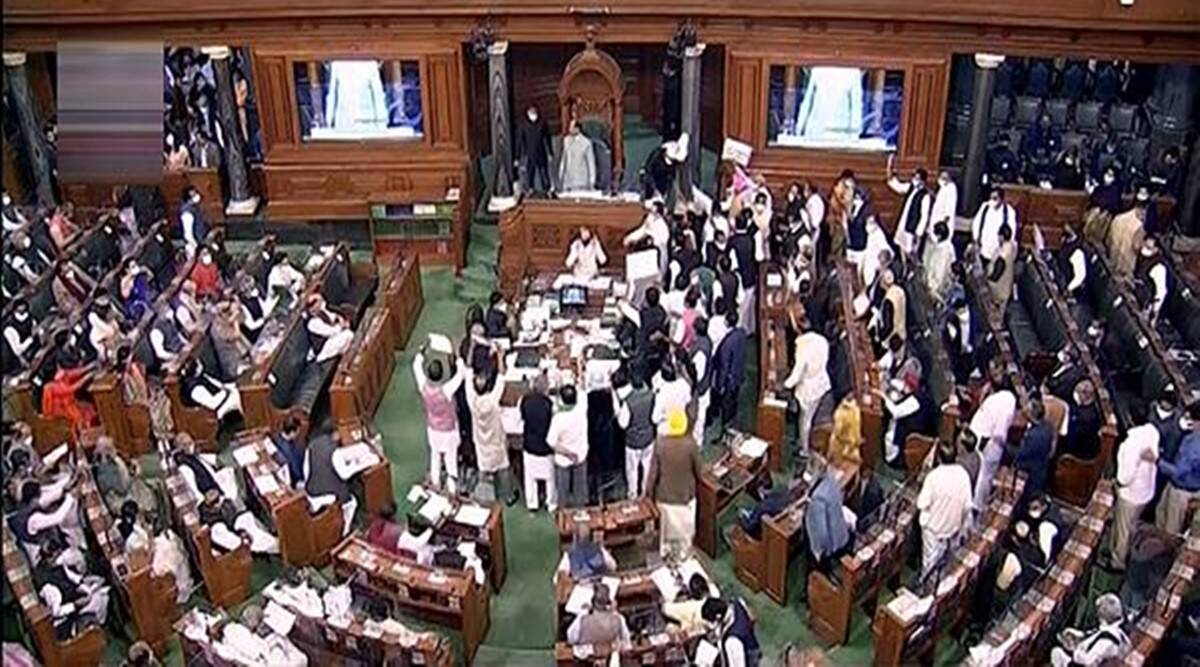 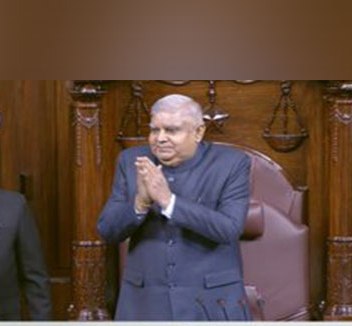