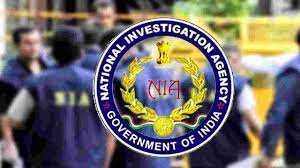 The largest-ever crackdown that was conducted against the Popular Front of India (PFI) members spread across 15 states was code-named "Operation Octopus", sources said on Saturday.

The searches were conducted in connection with five cases registered by the NIA following "continued inputs and evidence" that the PFI leaders and cadres were involved in the funding of terrorism and terrorist activities, organising training camps for providing armed training and radicalising people to join banned organisations.

A large number of criminal cases have been registered in different states over the last few years against the PFI and its leaders and members for their involvement in many violent acts.

Criminal violent acts "carried out" by PFI include chopping off the hand of a college professor, cold-blooded killings of persons associated with organisations espousing other faiths, collection of explosives to target prominent people and places, support to Islamic State and destruction of public property. They have had a demonstrative effect of striking terror in the minds of the citizens.

The PFI had on Friday called for a 12-hour shutdown in Kerala, which turned violent in parts of the state. Stone-pelting was witnessed at various places, including at the RSS office at Mattannur in Kannur. Two police officials were also injured in the incident in Kollam.

The Kerala High Court initiated a suo motu case against PFI leaders who called for a strike in the state against the arrest of its members by the NIA.

Notably, as per a Kerala HC order on January 7, 2019, nobody can call for a bandh in the state without prior notice of seven days.

Taking cognizance of the matter, the court directed the police to ensure that "adequate measures are put in place to prevent any damage/destruction to public/private property of Government/citizens who do not support the call for hartal".

"Adequate police protection shall also be granted to all public utility services that apprehend violence, at the hands of those supporting the illegal hartal," the court added.

Meanwhile, PFI on Thursday, while condemning the raids by the NIA and the ED against its leaders, stated that it will "never surrender" and alleged that the agency's claims are aimed at "creating an atmosphere of terror".

"NIA's baseless claims and sensationalism are solely aimed at creating an atmosphere of terror. Popular Front will never ever surrender on any scary action by a totalitarian regime using the central agencies as its puppets and will stand firm on its will for recovering the democratic system and spirit of the constitution of our beloved country," PFI said in a statement.

All India Muslim Jamaat president Maulana Shahabuddin Razvi on Friday called upon the Muslim community to stay away from the Popular Front of India (PFI) calling it a "radical group" and urged the central government to impose a ban on it.
Maulana Razvi welcomed the arrest of the PFI leaders across the country.

"PFI is a radical organisation. Its members follow a radicalised ideology. I would appeal to all Sufi and Sunni Muslims to stay away from this organisation. The PFI has been named in many incidents across the country. It is necessary that there should be a ban on these kinds of organisations," said Razvi.

On the contrary, slamming the Centre over the National Investigation Agency's nationwide crackdown against the Popular Front of India, Muslim cleric Maulana Sajid Rashidi on Friday dubbed it a "conspiracy to finish Muslims".

organisation, it is against the law and Constitution. These are the same people who dub the ones studying in a madrassa as terrorists. This is a conspiracy to finish Muslims." (ANI)