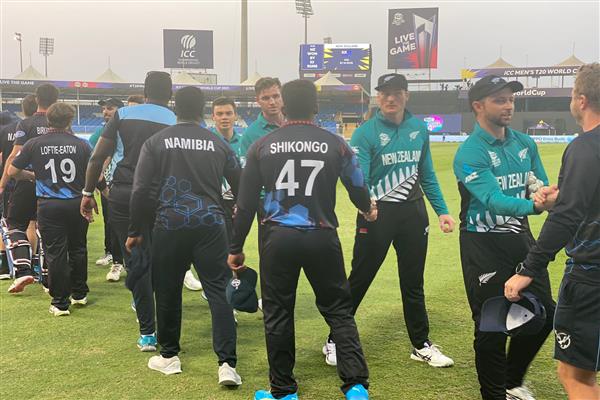 New Zealand defeated Namibia by 52 runs in a Group 2 fixture of the ongoing T20 World Cup at the Sharjah Cricket Stadium on Friday. Chasing a target of 164, Namibia were restricted to 111/7 after 20 overs, courtesy a disciplined bowling performance from the Kiwi bowlers.

Earlier, Glenn Phillips and James Neesham helped New Zealand to put on a total of 163/4. With New Zealand reeling at 96/4 after 16 overs, the pair added 67 runs in the last four overs. Initially, Namibia had won the toss and elected to bowl first.