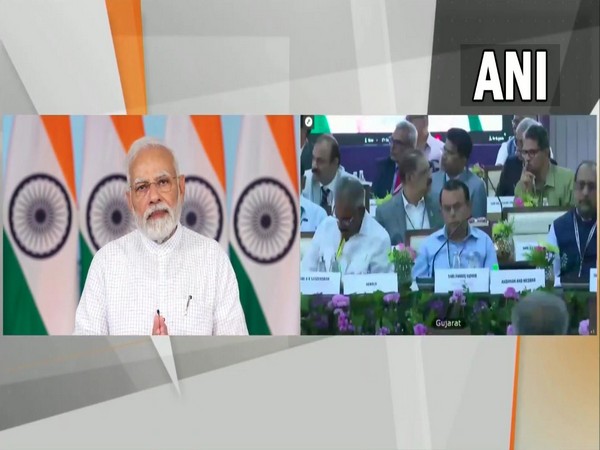 Prime Minister Narendra Modi on Friday said that a new enthusiasm has returned to the country from the homecoming of Cheetah in Madhya Pradesh a few days ago.

He added that today India is also a rapidly developing economy, and is continuously strengthening its ecology. While inaugurating the National Conference of Environment Ministers in Narmada, Gujarat via video conferencing, Prime

Minister Narendra Modi said, "A new enthusiasm has returned from the homecoming of Cheetah in Madhya Pradesh a few days ago."

He informed that Gir lions, tigers, elephants, one-horned rhinos and leopards have increased in numbers in our country over the years.

Modi stated, "Our forest cover has increased and the area of wetlands is also increasing rapidly. Today's new India is moving ahead with new thinking and new approaches. Today India is also a rapidly developing economy and is continuously strengthening its ecology."

Talking about the environment, India had set a target of net zero emissions till the year 2070, he stated.

He further said that now the focus of the country is on green growth, on green jobs. And in order to achieve all these goals, the role of the environment ministry of every state is enormous, he added.

Further, he stated, "I would urge all environment ministers to promote a circular economy as much as possible in the states."

Modi said, " this will also give strength to our campaign of solid waste management and freedom from single-use plastic."

According to Prime Minister's Office, Project Cheetah is in line with the Prime Minister's commitment to environmental protection and wildlife conservation, and will also lead to enhanced livelihood opportunities for the local community through eco-development and ecotourism activities.

He also addressed the nation on this "historic occasion."

'"The release of wild Cheetahs by the Prime Minister in Kuno National Park is part of his efforts to revitalise and diversify India's wildlife and its habitat," PMO had said.
The cheetah was declared extinct from India in 1952.

"The Cheetahs that were released are from Namibia and have been brought under an MoU signed earlier this year. The introduction of cheetah in India is being done under Project Cheetah, the world's first inter-continental large wild carnivore translocation project," it had said. (ANI)