Narcotic Drugs and Psychotropic Substances Act: To be or not to be

The biggest route of drug trafficking in India is through Afghanistan, Pakistan and Indian Ocean and the most drug addicted age group is of 18-35 years 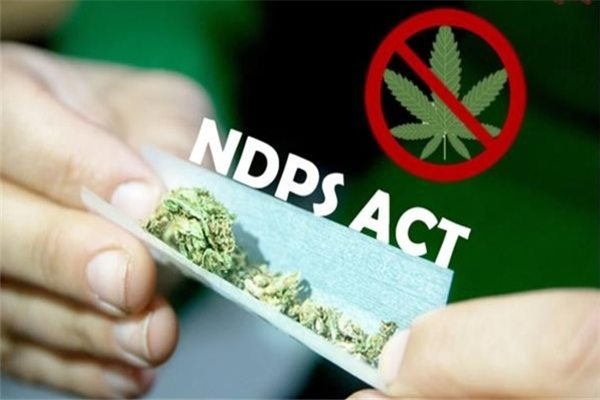 It is said that every time you cross a barrier, the drug increases in value-and rightly so. This quote aptly explains how the drug trade has grown into such a gigantic criminal enterprise sprawling across the globe. All drugs have a market value that not only depends on their composition but also on their geographical location e.g. in Columbia, producing a gram of cocaine costs less than producing a pound of coffee, however the price of cocaine ends up to be much higher due to the risk involved in transporting and selling it. The market value of drugs also depends on the laws of demand and supply and as the demand for drugs is inelastic due to its being addictive, the suppliers have the luxury of charging whatever they want for their goods.

The biggest route of drug trafficking in India is through Afghanistan, Pakistan and Indian Ocean and the most drug addicted age group is of 18-35 years. In India, the major percentage of addicted teens hail from West Bengal and Andhra Pradesh (60%) and 35% of them come from Uttar Pradesh and Haryana. Another statistic worth noting is that out of the 7% people in India that commit suicide, 3.3% were under the influence of drugs. The consumption of these drugs may be through various methods like smoking, injecting or snorting, depending upon the personal preference of the consumer. Some of the most popular drugs are Codeine, Fentanyl and Fentanyl analogs, Heroine, Morphine, Opium, Oxycodone HCL, Hydrocodone bitartrate, LSD etc.

Indians were first introduced to drugs by the Arab merchants who brought with them Opium that was initially meant to be used as a medicine for curing diseases but later started being used as a drug by people due to its addictive qualities. The cultivation of Opium started in the western coast of India but due to an increased demand, the farmers were unable to feed the same as a result of which it started being imported. With the advent of the British however, Opium was looked upon as a great business opportunity and it started being exported to other countries, China being the biggest importer of all.

The Narcotic Drugs and Psychotropic Substances Act, 1985, commonly referred to as the NDPS Act, is an  Act  prohibiting a person from the production/manufacturing/cultivation, possession, sale, purchasing, transport, storage, and/or consumption of any narcotic drug or psychotropic substance. The bill was introduced in the Lok Sabha on 23 August 1985. It was passed by both the Houses of Parliament, received assent from then President Giani Zail Singh on 16 September 1985, and came into force on 14 November 1985. The NDPS Act has since been amended thrice — in 1988, 2001 and 2014. The Act extends to the whole of India and it applies also to all Indian citizens outside India and to all persons on ships and aircraft registered in India.

This Act is a step in the right direction as India had no legislation regarding narcotics until 1985. Cannabis smoking in India has been known since at least 2000 BC and is first mentioned in the Atharvaveda, which dates back a few hundred years BC. The Indian Hemp Drugs Commission, an Indo-British study of cannabis usage in India appointed in 1893, found that the "moderate" use of hemp drugs was "practically attended by no evil results at all", "produces no injurious effects on the mind" and "no moral injury whatever". Regarding "excessive" use of the drug, the Commission concluded that it "may certainly be accepted as very injurious, though it must be admitted that in many excessive consumers the injury is not clearly marked".

Cannabis and its derivatives (marijuana, hashish/charas and bhang) were legally sold in India until 1985, and their recreational use was commonplace. Consumption of cannabis was not seen as socially deviant behaviour, and was viewed as being similar to the consumption of alcohol. Ganja and charas were considered by upper class Indians as the poor man's intoxicant, although the rich consumed bhang during Holi. The United States began to campaign for a worldwide law against all drugs, following the adoption of the Single Convention on Narcotic Drugs in 1961. However, India opposed the move, and withstood American pressure to make cannabis illegal for nearly 25 years. American pressure increased in the 1980s, and in 1985, the Rajiv Gandhi government succumbed and enacted the NDPS Act, banning all narcotic drugs in India.

The NDPS Act stems from the Opium Act in 1857, passed by the British Indian government as due to the ongoing “Opium Wars” with the French, the British wanted India to grow more opium. The law was meant to regulate the opium cultivators in India as also the quantity that was permissible to be cultivated. In 1878, the British revised the law, which was revised again 52 years later to the Dangerous Drugs Act. In 1961, the Single Convention on Narcotic Drugs was held and all signatory nations at the convention, including India, resolved to pass laws in their respective countries within 25 years to ensure that the drug menace goes away.

The Rajiv Gandhi government finally passed the NDPS Act in 1985. The NDPS Act provided for death sentence to anyone found with a substantial amount of a banned drug. This law was reformed for the first time in 1988 to distinguish between substance abuse and possession. Punishment for personal consumption was reduced to one to two years jail time and possession was given a more stringent punishment in 1989 under “American pressure”, to include forfeiture of property. Death penalty was confirmed and strong punishments were allowed for production and financing.

In 1994, a committee was set up to establish how the exploitation of this law could be stopped. The NDPS Act was then amended to say it was the quantity of drugs that would determine the extent of punishment. So, if self-use is proven then the punishment is much lesser. In 2001, this was amended again to distinguish between personal consumption and commercial use. Six years ago, the death sentence was also done away with.

“The problem with this law unlike other laws is that while in other laws the rule is innocent until proven guilty, here it is guilty until proven innocent,” On the other hand, loopholes in the Narcotic Drugs and Psychotropic Substances (NDPS) Act, 1985, enable drug mafia to go scot-free even after being arrested by the police, and are a big cause of concern in dealing with the drug menace.

The drug mafia, through its peddlers, exploits the weak links of the Act. The Act is stringent for peddlers who are caught with higher quantity of drugs and they are booked under non bailable offences, but those peddlers who are caught with less quantity are booked in bailable offences and come out of prison within days. 59 g of marijuana and a small amount of psychotropics was found from one of the dealers in the Reah Chakraborty case. The law says that possession of ganja (cannabis) up to 1 kg is allowed. Mafia and peddlers are well aware of this fact that even if they are caught in the process, they will be out within days and it will not affect their business. Section 67 of the NDPS gives the power to any officer to summon anybody under any offence if the officer thinks that the person’s input will be important in cracking the cases hence actors like Deepika Padukone, Sara Ali Khan, Shraddha Kapoor have been summoned in this regard and not as accused in the case.

The Central government has to take the initiative to amend the NDPS Act as the drug menace is spread across states and requires stringent laws to curb it. We must learn from UAE and other Muslim countries where drug menace is very low due to stringent law. The “moment there is a problem we come up with a law”, thinking that it will make the problem go away. There are several laws which are floating around, which do not serve any legal purpose and are easily misused. The need of the hour is not only legislation but also stricter implementation in order to curb the menace o drug abuse that is making our next generation weak and redundant. The answer is not to pass a new law, or “Bollywood clean-up” as some are dubbing this, but to re examine this NDPS law carefully.

The persons who are drafting the legislations should not only be good drafters but should also have the skill and deep understanding of the subject at hand. Opinions and views of experts in the field concerned should also be considered while making laws so that the practical aspects of a problem are not ignored and the ground reality is always kept in sight. While a perfect legislation that is make keeping all these points in mind is likely to bring positive results, a defective legislation not only shatters the hopes of the legislators, but also leads to chaos, miscarriage of justice and injustice to the victims of such a poorly drafted law.