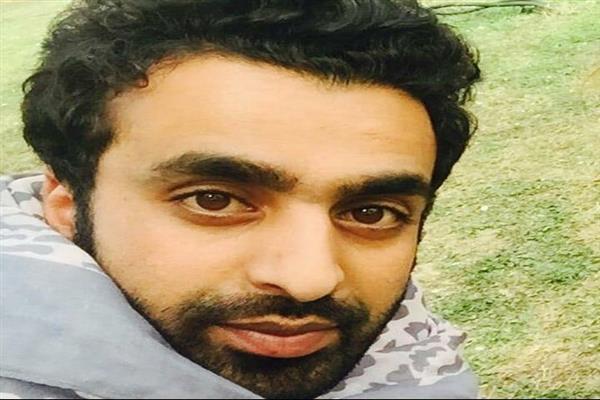 I had recently passed out with a postgraduate Degree in Mass Communications and Journalism form Islamic University Of Science and Technology. Soon I got an opportunity to do my internship at The Rising Kashmir under its Editor in Chief Syed Shujaat Bukhari. Bukhari sahab is no more with us, after his brutal assassination in June 2018. May his soul rest in peace!

After a three months internship I was offered a job at the same place and I lost no opportunity to grab it.

Now I was a City Reporter at Rising Kashmir. My prime focus was on the City's Sanitation and Healthcare. So the Srinagar Municipal Corporation and Govt Medical College (GMC) Associated hospitals became my permanent destinations to keep my vigil on.

Like other hospitals that were in mess, the lone tertiary care paediatric hospital GB Pant was in terrible conditions.

The kind of reporting I had been doing became an eyesore for the then GB Pant administration, but it was rightly praised by the lower rung employees working there. I was able to cultivate more and more sources in GB Pant hospital, who would update me about everything happening in GB Pant.

Soon the baby deaths started occuring at GB Pant hospital. The reporting of baby death became my routine reportage and then came a night when around 14-20 babies died.

The baby deaths became not only a State level issue but was widely reported by national media the following morning. This created a furore in the government. The then Medical Education Minister R S Chib held a press conference and the MS of GB Pant hospital was suspended. There was massive anger among the people who demanded action against the hospital administration. Subsequently enquiry was initiated.

Meanwhile, the government started searching for a best and able administrator to bring this hospital out of the mess and calm down tempers among the people.

After a week's time, the Omar Abdullah led government zeroed in on Dr Muneer Masoodi, who had retired from the active services.

"I was enjoying my post retirement services and was more in my religious devotion," Dr Masoodi told me in his first interview the day he took over as the new Medical Superintendent of GB Pant hospital.

In the next two years, GB Pant became my permanent address. My then Editor Shaheed Shujaat Bukhari told me "You are a GB Pant Hospital reporter now. You should arrange bedding at the same hospital to cover all the happenings and ensure we don't miss anything."

I was told this after I had missed a huge story on GB Pant the previous night.

My daily conversations with Dr Masoodi saw no end and was part of almost every meeting the next two years.

Dr Masoodi ensured the hospital functioning is streamlined and healthcare services are improved.

Today we see a changed GB Pant hospital and the credit goes to Dr Muneer Masoodi for his tireless efforts. He devoted a precious time and efforts to make this hospital what we are seeing today. May Allah bless his soul.

(Author is a former staffer at Rising Kashmir. Presently, Development / Public Policy Professional and a freelance Journalist. He recently completed his stint as Aspirational District Fellow at Govt Of India)