Modern Muslims & the Problem of Scientism

Modern science has largely transformed into a philosophy of Scientism which is exclusivist and dismissive. It rejects other forms of knowing and mocks supra physical notions which constitute the very basis of religion 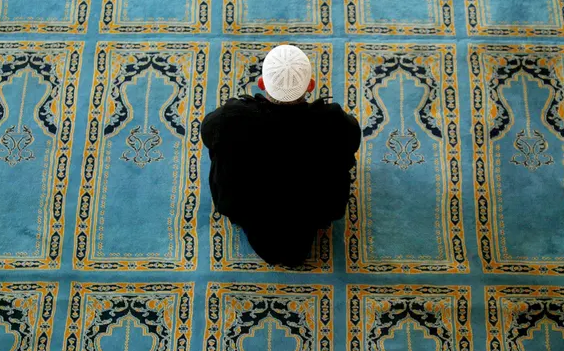 Quite contrary to popular conception, every science is based on a certain foundational Philosophy. It bears a certain episteme that is employed to access and understand Reality. Every science has antecedent axiomatic assumptions that direct the dynamics of the subject. No science (whether physical or social) is philosophically innocent. It does not emanate from intellectual vacuum. The current episteme (way of knowing Reality) which guides scientific study is extremely malnourished, devoid of verticality, immersed in Reductionism and Physicalism. Traditional episteme cut to size in contemporary times owing to radical reductionism has trimmed down all crucial concepts from God to Man and everything in between. Man has been reduced down to Chemistry and Physics and Reality down to physical/empirical. This contemporary outlook has drastically changed the way we look at Man and his relation to Reality.

It can be seen that there are some Muslims who unfortunately fail to diagnose the infectious functioning of contemporary sciences. Therefore it becomes prudent to discuss this issue in some detail in order for us to wake up to the current crisis and consequently engender a need for restoring and reclaiming the traditional episteme as a way out. These Muslims seem to subscribe to the thesis of “way of two compartments” i.e. contemporary science & religion working happily in their own respective domains. In what can be termed as innocent gullibility and naivety, they assume that science is just ‘science’ having nothing to do with religion. Unfortunately such a romantic conception is no longer tenable anymore. Though Science appraises only a segment of Reality (a proposition which scientism proponents would bitterly contest), the expectation that it will adopt silence in matters outside its jurisdiction, has been turned on its head now. Pure science with no philosophical outlook is a fantasy. Modern science has largely transformed into a philosophy of Scientism which is exclusivist and dismissive. It rejects other forms of knowing and mocks supra physical notions which constitute the very basis of religion.

Science in itself is not to be condemned per se but rather the scientific outlook based on the current reductionist episteme (cutoff from the higher orders of reality) and the resultant philosophy of Scientism that actually warrants an overhaul. Science gives us Airplanes but the same Science also reduces man down to biology and chemistry and rejects anything spiritual. There is no “slave” Science like a jinni (in Aladdin’s bottle) working for some higher religious sensibility. It is not as if “science” will help us invent tools and then sit aside silently in a corner without commenting on other domains of human knowledge. Science is not a tool in the hands of religion as it were, to be used for benefits. It has outgrown into a fully fledged philosophical worldview which comments on everything from Man to God and everything in between. Religion is slowly withdrawing from its truth claims fearing the bully of Science. Scientism is an epistemic terrorist and religion has gone into hiding. In the midst of all this, we can no longer claim that science has its own field and religion has its own. In fact this attitude of Muslims is based on Cartesian framework in which God/Spirit is divorced/withdrawn from world. On the contrary the need of the hour is to restore the religious episteme as a pervasive human awareness informing all human activities. Traditional framework demands the status of central axis around which ideas about the self and nature ideally revolve around.

Therefore, contemporary sciences with present day episteme cannot be reconciled with Tradition (without of course diluting or rendering Traditional doctrines completely inefficacious in one way or the other) unless and until we furnish it with the corresponding traditional episteme. A science can be authentic provided it is not cut off from principles of higher orders as Guenon notes. Every science is to be integrated within the traditional cosmological hierarchy of being where each level of existence has its own corresponding science, grounded in previous higher order, at the apex of which is the knowledge of the “One” before which everything else enjoys only a borrowed relative reality as Nasr says. This way, knowledge becomes complete in true sense of the word. Understood this way, empirical science actually becomes now intelligible to us as we do not merely perceive brute facts but rather manifestations/aayaat of higher realities.

One of the errors of modern world is that it confuses Technology with Truth. Most Muslims in awe of Science, quote modern inventions & other scientific achievements in support of Science. This is the utilitarian, instrumentalist and pragmatist mindset at play here. They forget as we have mentioned above that the same science necessarily leads to a constricting materialistic explanation of the world. Abdul Hakim Murad in his lecture “Riding the Tiger of Modernity” asks a very pressing question relevant to our discussion here “…should the approach of Muslims towards Modernity be ad hoc? Liking some things and abhorring others. As if modernity is a kind of buffet from which we might safely graze while avoiding haraam things. Or is there a deeper reservation of heart?” Science is least concerned with metaphysical Truth. Its guiding principle is utility and exploitation of nature. Moreover modern science under the overarching influence of Darwinian Evolution cannot explain man’s ‘pursuit of Truth’ given that our sensory apparatus and mind according to the theory are nothing but the gifts of Natural Selection to help us survive. Therefore survival becomes the goal not Truth. And we know that man can easily survive on “relative” truths, false beliefs, half truths, etc.

Mention needs to be made of the philosophy of Logical Positivism – which modern Science dons, flaunts and parrots, and which particularly has been responsible for converting many believers into Scientism – has long been appraised in the philosophical circles and cannot be presented as a metanarrative anyway. Verification principle first of all never got properly formulated. It stumbled its way through direct, indirect methods of Verification and then Strong and Weak Verification until its very demise. Verification Principle itself is not verifiable at all. It is just like any other arbitrary statement or method. The claim that the only meaningful statements are either synthetic or analytic, is itself neither of the two. Verification, Falsification and Repeatability provide nothing but ‘working models’ of the portion of Reality we (human beings) experience and study. It does not encompass all Reality at all. Classical mechanics for example though testable and workable is not all encompassing Truth.

Moreover positivism which is fundamentally based on method of observation (restricted within Cartesian framework of subject-object dualism) is faced with the huge dilemma of Kantian distinction of noumena (Reality in itself) and phenomena (Reality experienced by us). Whether it be observation or verification; it is all arrested within the conscious experience (of the subject) and thus cannot escape agnosticism as it is eternally divorced from the objective Reality (out there) hiding behind experience. Thus, Science in its very nature only appropriates/interprets/filters the reality.  Crude empiricism begets scientism but radical empiricism actually leads to agnosticism.

The claim therefore that Science is purely empirical and objective begins to fall apart. The participation of human subject in accessing reality (recognition of Kant’s a priori grids) exposes the intrusion of subjectivity into supposedly objective natural sciences. Dualism is an issue for Science and it cannot simply talk it out of existence. The scientific theories are not simply given to us by “raw data” as it were but rather the data passes through our mental interpretation. The idea that scientists appraise data objectively as empty vessels is incorrect. There are antecedent conceptual factors which determine their whole subsequent work. This was Kant’s critique of Hume later restaged in a way by Neurath’s critique of Carnap.  Similarly, Thomas Kuhn explained that individual scientific theories are part of much larger conceptual paradigms which shape and define them. There is a proper abstract formal axiomatic system informing the scientific activity which is not directly verifiable at all. No experience is self interpreting. Therefore positive science faces another dilemma; it cannot understand experience without (conceptual) interpretation but at the same time it cannot have an interpretation/conceptual scheme derived from raw experience.

Drawing upon Quran’s focus on inductive reasoning, it is claimed that Quran supports present day science which is fallacious. Quranic empiricism is deeply rooted in the notion of Sacred/Transcendent. Quran’s every empirical directive starts from God and ends with God. “So that you may witness signs of God” and “remember Him”, is the objective of Quranic empiricism. The aayah “afalaa yanzuruna ilal ibili kayfa khuliqat…”, often quoted to posit Quran’s inductive attitude, ends with “fa zakkir innamaa anta muzzakkir” which easily clarifies the rootedness of Quranic science in the worldview of the Sacred. On the contrary, modern science has been divorced from Transcendent. It is a utility driven “exploitative” enterprise putting both man and environment at risk.

(Author has done masters in philosophy from JNU Delhi. He can be reached on: mugees.kaisar@gmail.com)