NIA had sought the death penalty for the separatist leader who was convicted on May 19. 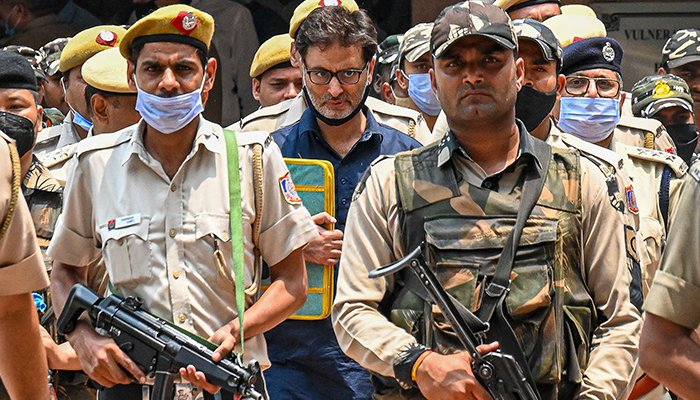 The National Investigation Agency (NIA) court on Wednesday awarded life imprisonment to Yasin Malik, a separatist leader from Jammu and Kashmir, in a terror funding case.

NIA had sought the death penalty for the separatist leader who was convicted on May 19.

On May 10, Malik had told the court that he was not contesting the charges levelled against him that including Section 16 (terrorist act), 17 (raising funds for the terrorist act), 18 (conspiracy to commit terrorist act) and 20 (being a member of terrorist gang or organisation) of the UAPA and sections 120-B (criminal conspiracy) and 124-A (sedition) of the IPC. (ANI)