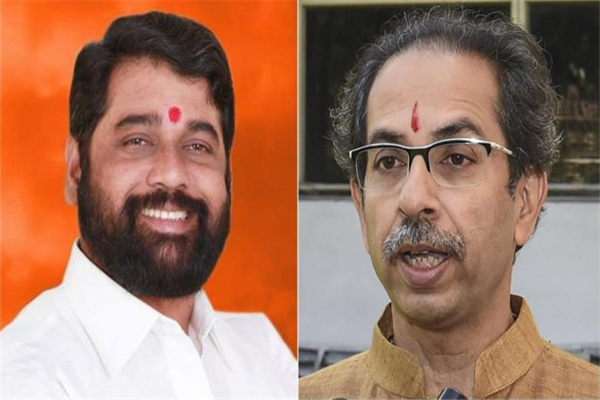 On the last Monday, the 4th of July 2022, the newly appointed Maharashtra Chief Minister Eknath Shinde of Shiv Sena won the floor test in the state Assembly on the last day of the two-day special session of the House called by the Governor of the state. Maharashtra is the second biggest state, politically, in the country after UP.  It has 288 members in the Assembly and sends 48 members to the Lok Sabha, largest after UP. In the 288-member House this time, 164 MLAs voted for the motion of confidence in the Shinde led government, while 99 members only voted against it.

In the last elections, which were jointly contested by the BJP and Shiv Sena in 2019, BJP emerged as the single largest party with 106 members followed by its ally Shiv Sena winning 56 members. They jontly had a strength of more than 170 members in the House with many small parties supporting the alliance. However, on the issue of Chief Ministership, Shiv Sena headed by Udhav Thakerey refused to go with the alliance of BJP and Shiv Sena wanted the post to be given to the Shiv Sena, come what may. Thereafter, the BJP leader Devendra Fadnavis and NCP leader Ajit Pawar came to an understanding and requested the Governor for an invitation to form the government.

Though the BJP formed the government with the support of the NCP members led by Ajit Pawar but it couldn't continue due to the intervention of the NCP headed by Sharad Pawar who refused to be a part of the government. Consequently, the government fell in a week's time and the three parties namely, Shiv Sena, NCP and Congress came together to form the Maharashtra Vikas Agadi (MVS) and thereafter, the government with Udhav Thakerey as the Chief Minister. It was for the first time that Shiv Sena formed the government in Maharashtra with Congress the possibility of which was always rejected by the Shiv Sena founder and ideologue, Balasaheb Thakerey. He had said that 'he would prefer to wind his shop than to go with the Congress'. However, Shiv Sena under Udhav took a departure from his father's doctrine and went with the Congress.

It may be important to mention here that the BJP and Shiv Sena are the oldest allies of the National Democratic Alliance (NDA). Their political friendship began in 1989-90 and it was after a gap of three long decades that the Shiv Sena left the NDA and went with the Congress. It definitely irked the core constituency of Shiv Sena as well as the BJP. The leaders and followers of Shiv Sena couldn't reconcile to the new emerging scenario, however, went with the dictates of their top leadership primarily consisting of Udhav Thakerey family and its outspoken MP, Sanjay Raut.

This new political development in the state was not only a departure from the existing alliance but was a virtual departure from the ideology of the alliance 'Hindutva' as well. The followers of Shiv Sena were not at ease with the new scenario. For Udhav Thakerey, the Chief Minister of the state, it was a very tough test both politically as well as administratively which he tried to give. Keeping in view the circumstances of the last two and a half years, the result didn't yield any positive reflexes in favour of Shiv Sena. The pendamic Covid-19 challenges in the Maharashtra state and particularly in Mumbai and Pune were an additional nasty experience for the government and the people of the state.

During the last two and a half years, Shiv Sainiks at the grass root level were ignored by the top leadership of the party and consequently the discontent enveloped the party. There is a huge claim of the rebel MLAs and the Sena Ministers that the Congress and NCP Ministers side-lined the aspirations and genuine issues raised by the Sena. Then, a number of issues like involvement in money laundering by the ministers, Palghar massacre, police and administration's high handedness with Arnab Goswami, owner of Republic TV, Kangana Ranauat, the Bollywood actress, Ravi Rana and Navneet Kaur Rana, MLA and MP respectively, the Loudspeakers issue and the cancellation of the Aarey Metro project nailed the reputation of the government deeply.

Initially, the Sena leadership brushed aside the discontent by ignoring it completely, however, it paid its attention to it in the late hours when things had gone out of hand. The methods it used in quelling the distrust were very childish and immature bereft of any political sagacity. The rebellion gathered the mass steadily and slowly. The Rajya Sabha and the Vidhan Parishad elections conducted recently drew the battle lines within the Shiv Sena as it unexpectedly lost its seats in the elections. Eknath Shinde, a very astute and a respectful leader took the command of the rebellion officially and asked the Shiv Sena top leadership to abandon the MVA and join hands with BJP, its natural and historic ally. The Shiv Sena President, Udhav Thackery refused to budge and defended the MVA government but only at its peril.

The irritating and threatening statements of Sanjay Raut further complicated the matter and the rebellion swallowed and got organised. Eknath Shinde gave it the all important direction and kept cool in the most adverse circumstances. He discussed issues with the BJP and also took his supporting group of 45+ MLAs to the destinations which were considered safe. These MLAs were safely taken to Surat, Gauhati and Goa keeping in view the threats unleashed against them.

The disqualification of 16 MLAs by the Dy. Speaker of the House was taken up by the Shinde group in the Apex Court and it provided relief by extending the deadline of the reply to the notice of the Dy. Speaker. This opened the vistas for the Governor to invite the new alliance to form the government. Eknath Shinde was sworn in as CM on June 30, a day after Uddhav Thackeray quit the post. BJP’s Devendra Fadnavis was sworn in as the Deputy CM.

Though the Shiv Sena sought the intervention of the Supreme Court initially regarding the Floor test ordered by the Governor but the Apex Court refused to entertain any request in this regard. There were more interventions sought by the Shiv Sena to stop the Floor test and the related issues in the court but it failed in its efforts miserably. The Supreme Court is on historic record about the floor tests and it could hardly be expected to go against its previous judgements on the issue.

The Governor's consequent order for the floor test was upheld by the Supreme Court and rightly so, it paved way for the election of the new Speaker of the House. Rahul Narvekar, BJP MLA was elected the Speaker of the House with an overwhelming 164 votes in his favour on the first day of the special session. On the second day of the special session, the trust vote in the government was carried by a majority vote under the chairmanship of the newly elected speaker. After the death of a Shiv Sena MLA recently, the current strength of the Assembly got reduced to 287, thus the majority mark is 144.

During the floor test, MLAs Abu Azmi and Rais Shaikh (both of the Samajwadi Party) and Shah Farukh Anwar (AIMIM) abstained from voting. Eleven Congress MLAs were absent during the floor test. The NCP legislators absent from the House were – Anil Deshmukh, Nawab Malik, Dattatray Bharane, Anna Bansode, Babandada Shinde and Sangram Jagtap. Deshmukh and Malik are currently in jail following arrest in separate money laundering cases. The BJP MLAs – Mukta Tilak and Laxman Jagtap – both of whom are seriously ill, also did not come to the House, while BJP’s Rahul Narvekar didn't vote as he is the Speaker of the House.

Ahead of the floor test, Sena MLA Santosh Bangar, from the Uddhav Thackeray camp, joined CM Shinde’s group, taking its tally to 40. Speaking in the House after the floor test, Fadnavis said when some MLAs were voting, members from the opposition benches shouted “ED, ED”. “It is true the new government is formed by ED, which stands for Eknath and Devendra", the BJP leader remarked. Without taking the name of former CM Uddhav Thackeray, Fadnavis claimed Maharashtra witnessed a “deficit of leadership availability” in the last few years. "But, there are two leaders in the House (Shinde and himself), who will always be available for people, Fadnavis said.

Now there are serious issues for Uddhav Thakerey as the Chief of the Shiv Sena to defend his position as the party supremo. It may land him again in the court against the steps taken by the Speaker of the House. On Sunday, in a jolt to former CM, Maharashtra Assembly Speaker, Rahul Narvekar reinstated Eknath Shinde as the Shiv Sena legislature party leader, removing Ajay Chaudhary the nominee of Udhav. The Speaker, Narvekar had also recognised the appointment of Bharat Gogawale from the Shinde camp as the chief whip of the Sena, removing Sunil Prabhu, who belongs to the Thackeray faction. This is a new tussle for the Udhav Thakerey led Shiv Sena to save his party and the leadership in the coming days. His dynastic rule seems over and thus the Shiv Sena also seems to have come out of the clutches of the Thackery family.

The biggest lessons are that the politicians have necessarily to think beyond their dynastic lagacy in politics and be wedded to their core ideological focus. Alliances merely for power don't work and instead the followers and activists need to be taken more seriously and sensitively. Political threatnings are a thing of past in political life and reconcilitation seems to be the way out for future understanding and welfare of the people and the parties in the longer run.