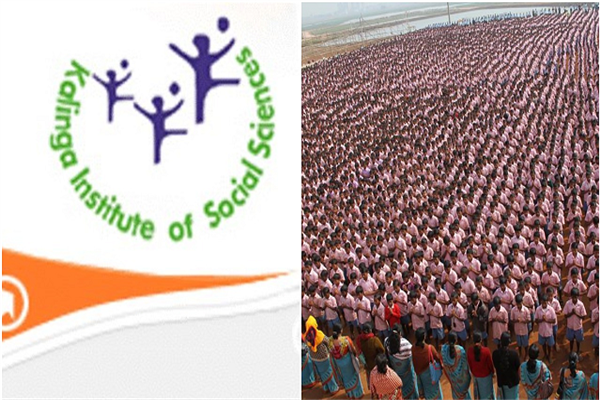 In the nineties when Left Wing Extremism (LWE) was strengthening and gaining momentum in the remote tribal pockets of Odisha, Kalinga Institute of Social Sciences (KISS) began its journey to end poverty and hunger through inclusive education. It started providing free education to 125 children from indigenous communities in 1992-93. By the end of the century, it had 250 students and today with 30,000 children from all 62 tribes of Odisha and neighbouring states it has grown to become one of the world’s largest residential education institutions for tribal children.

KISS has directly empowered more than 15,000 students who have completed their education and passed out of the institution. Many among them have excelled professionally and in sports and have brought accolades to KISS and the nation. The institution is currently transforming the lives of 30,000 students residing and studying there. Out of these 45,000 plus young learners many belong to the distant and deprived pockets of Odisha that were once Naxal strongholds. Today, LWE activities in Odisha may have declined and probably will be completely wiped out in a few years on account of many reasons including the effort of the Government and criminalisation of LWE and departure from its core ideology, but KISS’s contribution to eradicating LWE solicits attention.

The primary reason for LWE Groups to gain a strong foothold in these distant areas inhabited by the tribes in Odisha and other neighbouring states has been the absence of civil governance in these pockets. The other contributors have been the lack of education and employment generation. Their land and natural habitats have been encroached and many forest rights have been curbed for development and conservation purposes without providing them with alternate opportunities to earn or providing them with vocations which they can relate to. Although since independence the Government of India has adopted different approaches to administer the tribes and rolled out several schemes, policies and initiatives for their socio-economic development, the desired governance and upliftment remains distant in many scheduled areas.

The reason for the failure of these different approaches and initiatives has been the involvement of multiple government agencies with overlapping and ill-conceived policies and schemes confusing the hell out of these simple people. The truth is that their habitats are shrinking, they are being displaced and their forest rights are being taken away making them vulnerable to exploitation. Unfortunately, the mineral map of India superimposes their habitats. As a result, the once proud dwellers of the forests with negligible interaction with the outside world, who had enough to eat, could govern themselves and were spiritually, ritually and culturally rich are today caught in the vicious cycle of poverty and are being called deprived.

It all started during the Colonial era when their forest rights were curtailed and land was encroached by local landlords, they started being exploited by forest contractors, businessmen and moneylenders.  Left with no choice many of them were driven by hunger to take up criminal activities, and as a result were branded as criminal tribes by the British. The British called them ‘backward classes’ and followed a policy of leaving them alone without checking the exploitation these tribes were subject to. The landlords and the money lenders started deriving forced and compulsory labour from those among them who were indebted to these exploiters. Post-independence, the Government of India continued with the British policy of isolating them with a few changes, and created a list of 212 Scheduled Tribes residing in Scheduled Areas, to be governed separately. The rest of India started seeing them as a deprived and an inferior lot practicing primitive cultures. There was a shift in approach towards them. The Welfare State provided them with reservation and several measures were taken to assimilate them into the mainstream and bring them under the democratic process or in other words impose the dominant culture on them. Considerable progress was made in terms of policy making, extension of the Panchayati Raj institution to Scheduled Areas (1996) and bifurcation of ministries (in 1999) for the development of tribal areas. However, unfortunately till date, many of these benefits have not been able to reach the distant, deprived and vulnerable tribal pockets despite millions being allocated for their upliftment for reasons well known to us. We just have to look at India’s position on the Transparency International Corruption Perception Index since 1995.

Whether it is the Government, it’s agencies, bureaucrats, policy makers, civil society organisations and the Indian people, in the last seven decades we have not heard the voices of these indigenous people and included their point of view in the interventions planned for them. We have tried to implement half-baked projects based on our perceptions without engaging with them in policy making for their development. Disappointingly, we have failed to assimilate them. In fact, we have alienated them further, looked down upon their culture, let many of their languages and dialects die. We are responsible for the gradual erosion of the diverse and rich cultural heritage India stands for. If LWE Groups have prospered in India and their cadres have swelled by the simple people from these tribes, we are responsible for it. The void and opportunity were created by us for the insurgents to step in. If tribes see the Government machinery and law enforcement agencies as their enemy as advocated by the LWE, they have been brainwashed and left vulnerable for decades.As a matter of fact, we should not be ashamed to learn from the LWE Groups, at least they engaged with the tribes.

The engagement may have been negative but the LWE enjoyed their loyalty and sympathy for a long time despite engaging in unlawful activities - murders, violence, abductions and extortions. The key lesson to learn from the LWE experience is to engage with the tribes, keep the conversation going with them. The tribal population has grown since independence and so has the population of India. The demographic pressure is immense and both expansion and development are inevitable to feed a country of 1.4 billion people. Dams will be constructed;forests will be cleared; and mining activities will continue but they have to be inclusive and sustainable. Tribes cannot be left in isolation to fend for themselves.We have to engage with them and work out solutions that promotes peaceful and just societies without leaving anyone behind – a more integrated approach is required. The good news is that steps are being taken at multi-stakeholder-platforms to realize the 17 SDGs and initiatives are being taken to localise the SDGs in India.

In this context the vision of Dr.AchyutaSamanta, the founder of KISS, has been exemplary and path breaking. Beginning in 1992, he has worked relentlessly for tribal upliftment and sustainable development by providing quality education to the indigenous children through KISS to empower them to be change makers. Under his able leadership KISS has also undertaken several projects to help indigenous communities help themselves by engaging with them. Notable among these is the “Uday” project that has engaged 20,000 youth from the Koraput, Malkangiri and Rayagada districts of Odisha to develop leadership and social entrepreneurship skills among them to deal with the pressing local problems and address the local needs of their respective communities. In fact, these districts are known LWE strongholds and through this project KISS has challenged the established system by creating its own force of young volunteers to transform indigenous communities through peace and development, in the way the community desires. It is the lifelong mission of KISS to ensure that indigenous heritage is accorded due respect and indigenous communities are empowered through spreading of awareness about tribal rights.The KISS approach and experience has demonstrated that quality education and meaningful projects can create a cadre of change makers within the tribes who can steer the development and integration of their own communities.