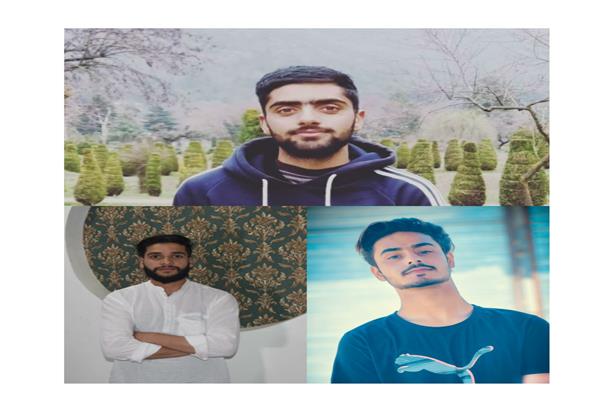 Srinagar, Nov 03: To reduce the electricity consumption, a group of three engineers have invented an automatic room lightning system involving use of Arduino and IR sensors due to which the lights in the room will automatically turn on and off by detecting the presence of humans.

20-years-old Shahid, a member of the group said that electricity consumption is a serious environmental concern around the world and saving energy is the need of the hour. “We came up with the idea which is affordable to all and at the same time beneficial. There are some places where lights are used continuously and hence get wasted. Our project can be used better in those areas.”

The automatic room lighting can be used in garages, staircase, bathrooms where there is no need of continuous lighting and the electricity consumption can be saved.

The main components of the projects are Audino UNO, IR sensor and the Relay Module. IR (Infrared) sensors help in detecting the motion of the humans in and out of the room which controls the lighting system.

The LED display adjusted with it shows the number of people inside the room; when the display shows zero, all the lights get automatically switched off. It is also workable for large gatherings in conference halls and tuition centers, where it can automatically count the number of persons.

Working of the project

The Audino UNO is programmed. The digital pins and the analog pins are used. The digital pins are connected with the LED display.  Analog pins are connected with the IR sensors and relay module. The power supply is given through Audino. The relay module works as an automatic switch. There are two IR sensors. One sensor will detect the entry of a person and the other sensor will detect the exit of a person.

Also, when a person wants to take a nap in the room, the timers can be set and the lighting will be automatically turned off when no movement will be detected by a sensor.

“Our teachers and guide, Farooq sir from Kashmir Government Polytechnic have helped us a lot and appreciated us for the project because we don’t get much exposure in Kashmir. With limited resources, we were able to do this,” said Shahid.

The project was made in a group and each member contributed for the expenses of the project. “We are working to make society better. Our society will be benefitted. If the government will provide us some aid, we will be able to make the best projects. Every student will come up with good ideas. Many students drop the ideas because they are not able to bear the expenses of their projects,” Sarfaraz said.

Currently, the idea is restricted to closed spaces only. These engineers are working to apply the idea on open spaces like highways and streets.