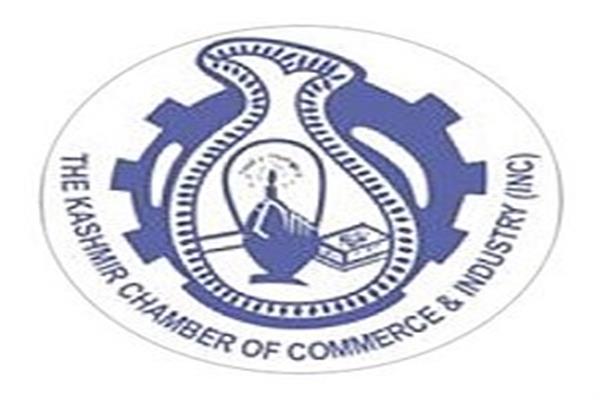 As per statement, the KCCI took up the issue of direct flight from  Srinagar  International Airport  To  Sharjah/ Dubaicalled for  and  restoration of this  flight at least once a week. We feel that Sharjah/Dubai is an important

The  number of Umrah  pilgrims to Saudi Arabia  from  J&K is increasing day  by  day. The  Umrah Groups are conducted  by  various  tour  operators  who arrange their travel through various Airlines. These airlines operate via Delhi, the pilgrims would however feel it more convenient to fly from Srinagar to Jeddah directly,” the delegation, as per the statement, told ACS.

They also raised issues related handicrafts and installation of  Carpet Village d with all Common Facility Centers. “ Also freight subsidies will be given to exporters  from  Jammu & Kashmir,” he added.

As per the statement, several other issues concerning handicrafts business were raised.

Regarding the industrial sector, the statement read, the delegation sought extension for the Permanent Registration of   Units  from 30th June to 31st March.

Regarding banking & finance, it was said that the overall losses incurred over the years have resulted in an unprecedented level of stress on the working capital and finances of the local business establishments. “Though there have been several interventions by the Government for extending support, the continuous cycle of disruptions has failed their objectives.”

“Incase of OTS which was announced by J&K Bank for 15  to  5 crore  and Karz Mukt  Scheme which was widely appreciated by KCCI and all other business organisations with the result bank got more than 50 crores and we have requested that the offer should be given from 5 crore to 30-50 crores / MSME so that the account holders can settle the amount and revive businesses.”

Several other issues concerning the business body were also raised during the meeting.